Steven Wilson - ‘To the Bone’ 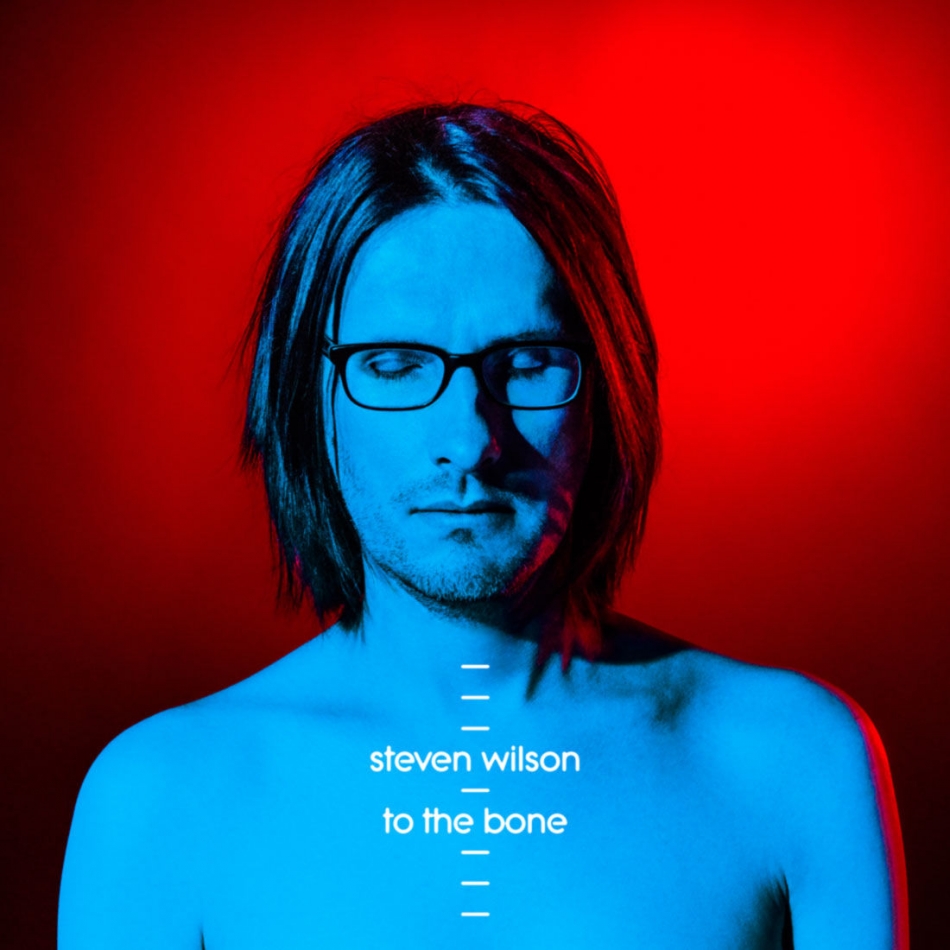 'To the Bone' cover art. 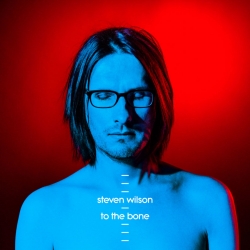 To the Bone is both a great album in its own right and a perfectly appropriate addition to Wilson’s vast body of work.

To the Bone is likely the most preemptively polarizing record Steven Wilson has ever released. Sure, his work is always met with a wide range of reactions from his remarkably impassioned following—as is the music of any enormously diverse and beloved artist—but never has there been such strong vitriol directed towards his pre-release singles (not to mention between listeners whose opinions on them differ). While many devotees stand by Wilson’s “new” direction, just as many (if not more) feel that what they’ve heard already—in conjunction with his admittance that this fifth solo outing “is in many ways inspired by the hugely ambitious progressive pop records that [he] loved in [his] youth,” such as Peter Gabriel’s So and Kate Bush’s Hounds of Love—signifies that Wilson is forsaking his prog rock roots and fans in an attempt to be more mainstream and commercially viable (a notion that is backed-up somewhat by this being his first album on a new label: Caroline International).

Here’s the thing, though: Wilson has always openly discussed and willingly embraced his affection for an assortment of styles, including hip-hop, black metal, ambient, electronic, and yes, the pop music of the ‘60s, ‘70s, and ‘80s. Like any well-rounded music connoisseur, he’s exposed himself to a multitude of genres from which to draw influence; as a result, his entire discography is filled with divergent palettes. An early Porcupine Tree sequence is unlike a later one (hell, almost every song on In Absentia could be from a different band), just as a Blackfield record has little in common with something from no-man. In that sense, initial attackers should’ve at least welcomed, if not personally liked, whatever To the Bone turned out to be since it’s another extension of his multifaceted self. After all, saying something does or does not sound like Steven Wilson is like saying the same of a Beatles or Devin Townsend piece—which Steven Wilson are you talking about?

Of course, the real irony of the revolt is that hearing how To the Bone fits together from start to finish (an important part of digesting and accessing an LP, let’s not forget) reveals just how much Wilson hasn’t abandoned his supporters or creative identity (whatever that constitutes). Really, there’s almost nothing here that’s radical in the context of his catalog. Yes, there’s barely any lengthy instrumental riots like “Luminol,” “Remainder the Black Dog,” or “Tinto Brass,” but again, those only demonstrated one side of Wilson as a composer. Rather, To the Bone is a multifaceted statement that captures the kind of cultured, striking, and heartfelt songwriting—mixed with brilliantly resourceful, subtle, and alluring arrangements—Wilson has produced throughout his career (not only on Blackfield collections and solo gems like “Postcard,” “Harmony Korine,” “Drive Home,” and “Hand Cannot Erase,” but throughout Porcupine Tree’s Stupid Dream and Lightbulb Sun, to name only few examples). How To the Bone compares to its four predecessors is quite debatable, but there’s no denying its rightful place alongside them, as well as the fact that such bold and vibrant blends of melody, lyricism, and instrumentation (as are also found with bands like Anathema, The Pineapple Thief, Gazpacho, and Nosound) is truly at the heart of progressive music.

Aiding Wilson are some familiar players, including bassist Nick Beggs, keyboardist Adam Holzman, and vocalist Ninet Tayeb, and some newcomers, like drummer Craig Blundell (who joined Wilson’s live line-up in 2015, after Hand. Cannot. Erase. percussionist Marco Minneman left), guitarist David Kollar, and former XTC mastermind Andy Partridge as a partial co-writer. As for the themes on To the Bone, Wilson clarifies: "[These] eleven tracks veer from the paranoid chaos of the current era in which truth can apparently be a flexible notion, observations of the everyday lives of refugees, terrorists and religious fundamentalists, and a welcome shot of some of the most joyous wide-eyed escapism I’ve created in my career so far. Something for all the family!"

The title track does a fine job of opening the sequence and sucking you in. Tribal rhythms introduce a female voiceover, who says, “Once we’ve made sense of our world / We wanna go fuck up everybody else’s” (an apt criticism of humanity, for sure). Soon after, dissonant and ominous sounds—aggressive guitar notes and bursts of harmonica, among others—generate an arresting foundation on which Wilson’s antagonistic yet catchy chord progressions and singing rest. Backing vocals (presumably from Tayeb) accompany him well during the chorus, and the centerpiece guitar solo is expectedly charismatic and fitting (it even evokes the one from Porcupine Tree’s “Signify” at a specific instant). The dreamy tangent it goes on near the end is lovely and striving as well, and like the album overall (plus the majority of Wilson’s output in general), “To the Bone” is inviting and attractive on the surface but also nuanced and multilayered enough to be sophisticated and special.

Although it maintains some of the fierceness from the last song, “Nowhere Now” is much lighter and more jubilant, with sunny piano and acoustic guitar textures adding to its luscious sonic and lyrical optimism. Wilson’s subtle harmonies are a nice touch, too, as they play a key part in making it so appealing, serene, and rich. In contrast, “Pariah” is a fully-fledged vocal partnership between Wilson and Tayeb whose narrative transparency, compositional evolution (from sparse and delicate to dense and celebratory, with a juxtaposition of hellish and heavenly parts), and balance between forlorn and empowered melodies makes it a perfect example of Wilson’s greatest strength: his songwriting. He sounds beautifully fragile and defeated during his confessions— “I'm tired of Facebook / Tired of my failing head / I'm tired of everyone /And that includes myself” and “Well, being alone now / It doesn't bother me / But not knowing if you are / Well, that’s been hell, you see”—while Tayeb’s counter chorus—“So the day will begin again / Take comfort from me / It's up to you now / You're still here / And you'll dig in again / It's comfort to you / It's up to you now”—is gorgeously life=affirming. As on Hand. Cannot. Erase., her somewhat raspy tone and expansive register make her voice a stunning and crucial addition to Wilson’s arsenal. Really, “Pariah” is one of the best songs he’s written this decade.

“The Same Asylum as Before” starts off with a major point of contention for many fans: Wilson’s falsetto range. While he’s used it to harmonize many times in the past, he’s never put it front and center like this, so it’s understandable that some listeners would be taken aback at first. However, he pulls it off fine and doesn’t let it take over the piece; instead, he peppers it around so it adds some variety. In fact, the majority of it is a fairly straightforward—and even slightly unremarkable—rocker that definitely recalls some of his pop stimuli and weighs its light and heavy elements evenly. Its delightful embellishments effectively elevate its core commonness, too, so it’s by no means a lackluster entry; it’s just not particularly significant, either. Luckily, “Refuge” is a bleak and moody masterpiece that finds his vocals taking a back seat to the incredible instrumentation. Granted, his singing is successfully atmospheric and pained, but the real standouts here are the players, all of whom battle and breathe in awe-inspiring madness. Not only does this extensive outburst provide a nice change of pace (especially since it’s bookended by quiet bits of piano ballad reflection), but it shows that Wilson hasn’t entirely removed his trademark abrasive intricacy from the set (which is another reason why To the Bone is not the drastic departure many devotees expected it to be).

On that note, however, “Permanating” is decidedly atypical, with its high-pitched and in-your-face peppiness making for a marked departure from his typically morose persona. In a way, it’s like a merger between solo Paul McCartney and the disco flamboyance of ABBA, Scissor Sisters, and mid-‘70s Bee Gees. It’s completely justified for some listeners to fervently dislike it (as Wilson predicted some will), yet others (including myself) will eventually appreciate its upbeat catchiness and robust retro density. Either way, Wilson deserves acclamations simply for trying something so new and surely—if not intentionally—divisive. Let’s face it: he’s not known for writing joyful material, so it’s refreshing and endearing to hear him embrace such unrestrained blissfulness. Afterward, “Blank Tapes” returns to the haunting aural poetry he’s known for, with he and Tayeb sharing the spotlight over acoustic guitar arpeggios and not much else. Honestly, it feels like an unused excerpt from Hand. Cannot. Erase., which isn’t a bad thing.

Similarly, “People Who Eat Darkness” is a raucous beast whose abrupt percussive changes and hostile nature make it seem like a spiritual sibling to “Home Invasion.” It never gets that tricky, but it’s close. Also, the way it briefly shifts into a somber ode halfway through (before bursting back into a frenzy) is one of the best moments on To the Bone. Wilson’s penchant for industrial/electronic tones finds its way onto “Song of I,” a dreary and threatening track in the vein of, say, “The Incident” and “Index.” Like those, it’s not very strong in terms of base songwriting; however, its balance of NIN-esque austerity and nightmarish orchestration is masterful, and guest singer Sophie Hunger adds a spectral sweetness to the affair.

The penultimate “Detonation” begins as a soft-spoken lament with electronic beats before more layers are added every few measures or so. Its melodies and starry construction are enticing, as is its gradual build-up and then continual inclusion of sharp guitar layers and thick bass complements. At one point, it even returns to the tribal syncopation, as well as the funky rhythms and staccato guitar licks of classic Prince. It’s a very adventurous and multifaceted composition that finds Wilson putting his signature on an array of influences. As for closer “Song of Unborn,” it’s a seemingly simple yet thoughtful and captivating endnote that wouldn’t be out of place on a Blackfield album. Wilson sings blunt and astute words with wisdom and regret alongside steady drumming, angelic synths, and piano and acoustic guitar chords, culminating with a poignant guitar solo to drive the sentiments home. The inclusion of a male choirboy during the tranquil midsection conjures Kate Bush, too, and it’s hard to imagine a better way for To the Bone to end.

There’s been a lot of trepidation—and downright anger—about the presumed direction Wilson was going with his newest venture; however, it’s almost completely unwarranted, as To the Bone is both a great album in its own right and a perfectly appropriate addition to his vast body of work. Like its four solo predecessors, it has its own identity while still capturing quintessential aspects of Wilson’s artistry, so it’s not easy or even fair to rank alongside them. (If push came to shove, I’d say that the conceptual and instrumental complexity of The Raven that Refused to Sing and Hand. Cannot. Erase. make them superior, yet To the Bone is more accessible and consistent than Insurgentes and Grace for Drowning.) Above all else, To the Bone incorporates bits and pieces from all of them into a wildly assorted and sturdy collection that almost all fans will adore once they give it a chance and realize that there was no need for doubt in the first place.