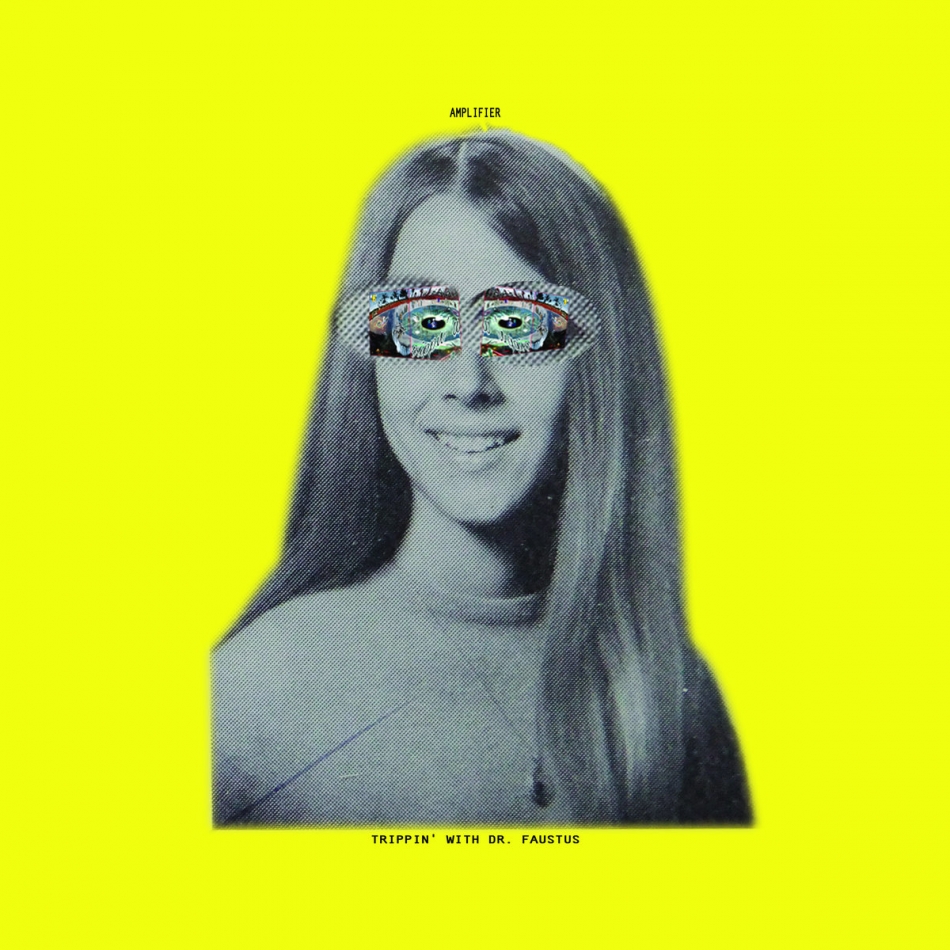 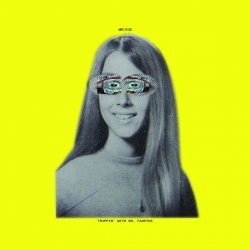 Trippin’ with Dr. Faustus doesn’t measure up to prior Amplifier classics, but it’s nevertheless a very enjoyable record that maintains the majority of what makes the quartet beloved and exclusive.

It’s fair to say that spacey prog rock quartet Amplifier remains one of England’s best kept musical secrets. Formed in 1996, the band—currently consisting of guitarist/vocalist Sel Balamir, percussionist Matt Brobin, bassist Alex Redhead, and guitarist/vocalist Steve Durose—has released several critically acclaimed albums and garnered a dedicated following, yet they’ve not become the household name they deserve to be (amongst genre fans, at least). Hopefully, that’ll change with their sixth studio LP, Trippin’ with Dr. Faustus. Although it’s not as quirky, mesmeric, or wide-ranging as 2014’s Mystoria or 2013’s Echo Street, it’s still a delightfully dense, compelling, and polished record that further demonstrates why Balamir and company are in a league of their own.

According to their Bandcamp page, the album is inspired by “the Magnum / Satan backstory”; of course, there’s also the obvious nod Christopher Marlowe’s sixteenth-century Elizabethan play, The Tragical History of the Life and Death of Doctor Faustus. (Always tongue-in-cheek, Amplifier also notes that it’s “specifically designed to coincide with the end of the world.”) Speaking to PROG a few weeks ago, however, Balamir clarifies that “without wanting to pop the balloon of conceptual mystique, it’s not really a concept album. They’re just songs that have gestated and evolved over a certain period.” He adds:

Every period of your life has a different colour and flavour, and this album reflects our lives in the past four or five years—we’re blokes in our 40s and we have sheds. A lot of it is about the moral maze and the conundrums offered by even the most insignificant, minute choices. Like, when you go and buy a can of beans, you’re forced to ask if orphans are dying because you buy them. You’re forced to ask, ‘What are the implications?’

The colorfully titled “Rainbow Machine” kicks off the sequence with trademark psychedelic fury, clashing fiery guitar lines and riffs with low-end bass grooves and feisty syncopation. It’s like the aural offspring of Metallica, Black Sabbath, and Pink Floyd, and as usual, Balamir’s vocals—arguably Amplifier’s signature attribute—fit perfectly on top, adding a coating of charming coolness to the production. Behind it all, acoustic guitar strums and high-pitched harmonies add to the multilayered gruff sleekness, yielding a very infectious rocker whose closing chants of “Yeah, yeah, yeah, yeah!” elucidate the fun vibe for which Amplifier is known. In addition to being a strong opener, it demonstrates the sustained heaviness that differentiates Trippin’ with Dr. Faustus from prior outings.

The song segues into “Freakzone,” an initial wall of distortion than erupts into an anthemic slice of wild drumming and sustained guitar chords. It features stronger dynamics than the previous track, too, with some surreally sparse changes thrown in to add more emphasis to the stacked singing (especially Durose’s raspy “too far away!” line). “Kosmos (Grooves of Triumph)” follows suit with an even more poppy yet aggressive formula (making it an obvious choice for a single), while “The Commotion (Big Time Party Maker)” is slower and more devious, evoking past gems like “Extra Vehicular” and "The Octopus."

A lovely change of pace comes with “Anubis,” a folky ballad dominated by interlocking acoustic guitar arpeggios and elegantly arranged laments. In a way, it conjures the warmer and more rustic dirges of Mastodon, and while the instrumentation could be more expansive, it’s an effectively serene and sorrowful deviation from the flamboyant hysteria that precedes it. Likewise, “Supernova” places a dreamy and celebratory atmosphere beneath a sophisticated balance between thunderous riffs and tranquil bass leads. It’s easily among the most varied and appealing pieces here, with some stellar wah-wah soloing and Beatles-esque harmonies near the end. As for closer “Old Blue Eyes,” it’s similar in disposition to “The Commotion (Big Time Party Monster)” but less multifaceted and interesting.

To be honest, that last comparison pinpoints the major flaw with Trippin’ with Dr. Faustus: a lack of diversity, catchiness, and eccentricity relative to its predecessors. Sure, there are decent hooks throughout, as well as subtle distinctions from track to track, but a large amount of the sequence feels too alike, and it rarely reaches the infectious melodic heights of the last few full-length entries in their discography. It’s still a solid collection, but tedium inevitably sets in when so much of it operates at the same level compositionally and there are too few gripping moments.

Trippin’ with Dr. Faustus doesn’t measure up to Amplifier classics like Mystoria, Echo Street, or The Octopus, but it’s nevertheless a very enjoyable record that maintains the majority of what makes the quartet beloved and exclusive. Basically, fans of their in-your-face classic rock penchants will find it relatively alluring, while those who prefer their softer, more psychedelic and emotional paths will likely see it as a bit lacking. Either way, there’s enough here to satisfy all devotees to some extent, and even merely good Amplifier is better than the best material of many other bands.

Steven Wilson - ‘To the Bone’