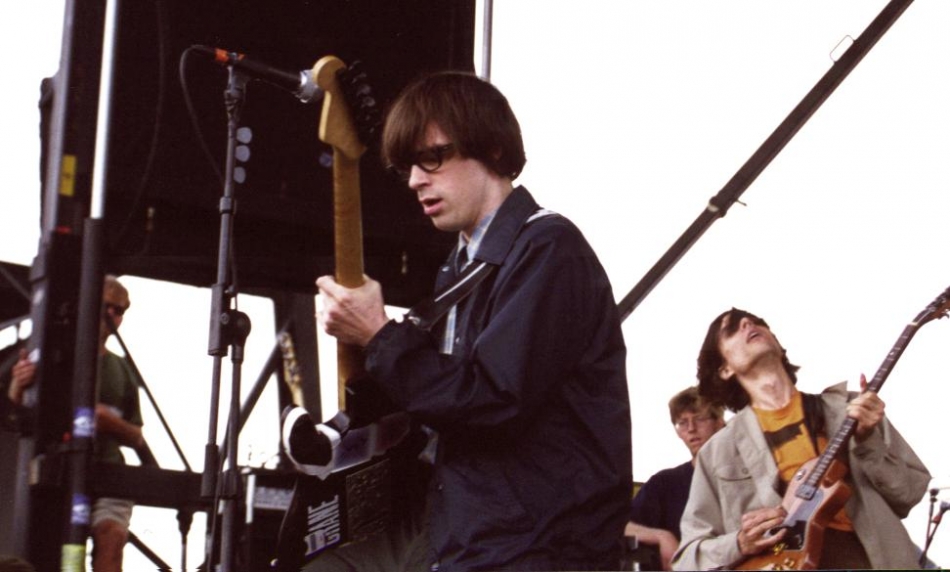 Show Review
Reviewed by Stephen Rafael
With thirty bands performing on six stages, the Vans Warped Tour hit Ventura with a lot more than just music. Mountain bikes, motorcycles, and skateboards competed for the audience's attention in the eight hours where sun met asphalt. Hundreds of booths were set up among the many stages and exhibition ramps, and political tents like "Rock for Choice" were lined up with Right Guard Extreme Sport and Henna Art & Temporary Tattoo displays. Most common were the independent record label and band booths, which outnumbered all the rest. Music definitely ruled the day.

Headlining acts such as Green Day, Weezer, and NOFX performed half hour sets on two main stages, erected side by side. Thousands of fans took fifteen paces east or west to see each band play, as only one stage was used at a time. Due to the rapid-fire schedule, performances did not always run smoothly. The Donnas' set-closing "Huff All Night" was cut short by an overeager soundman, and TSOL's Jack Grisham complained loudly when Papa Roach's "Last Resort" ate into his band's playing time.

Singer-bassist Fat Mike and guitarist Eric Melvin of NOFX wasted the first five minutes of their set by making sarcastic comments about the half-hour time limit. The Warped Tour veterans settled down for the alcoholism-warning tale "Bob," which featured a trumpet solo from guitarist El Hefe. NOFX concluded with "The Brews," a humorous look at Jewish skinheads.

Reclusive alternative rockers Weezer followed NOFX. Looking dated with their long hair and thrift store clothes, the members of Weezer performed "Buddy Holly" and "Say It Ain't So" in a business-like, no-nonsense fashion. As singer-guitarist Rivers Cuomo sang the words to the Beach Boys-inspired "Surf Wax America," the sun actually broke through the clouds.

Green Day took the Warped Tour's second to last slot. Instead of previewing tracks from the upcoming "Warning" album, the Berkeley trio stuck to playing familiar hits like "Longview" and "Welcome To Paradise." During a cover of Operation Ivy's "Knowledge," singer-guitarist Billie Joe Armstrong pulled a fan out the audience, handed him a guitar, and had him accompany the band for the rest of the song. Drummer Tre Cool set his kit on fire after "When I Come Around," which closed Green Day's set. All of this proved to be too much for the Warped Tour's final performers, MXPX, who played as most of the crowd headed for the parking lot.