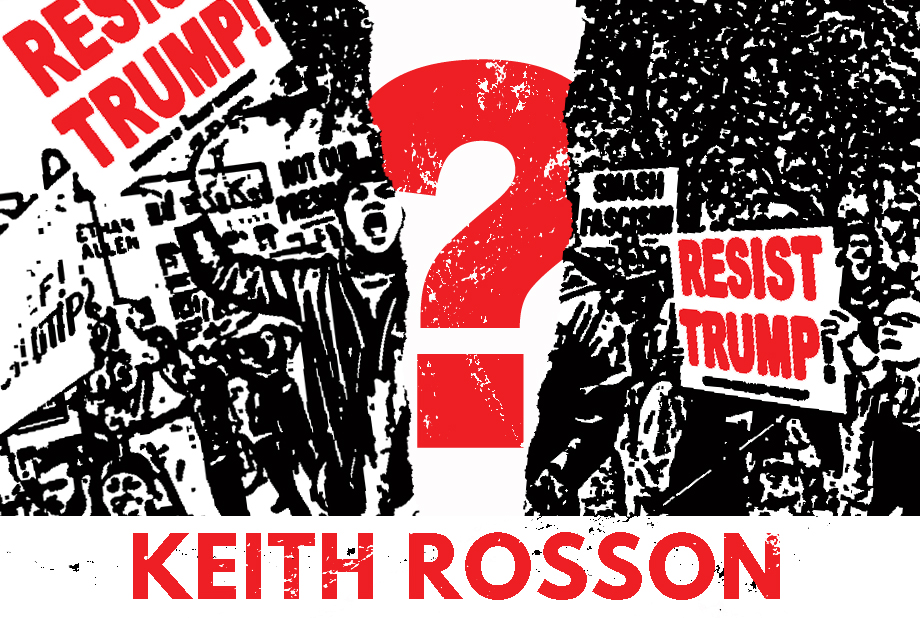 In which Keith Rosson honestly, and with great concern, sees that you live right there on the cusp of burnout, sees the way your heart aches, notes your sense of growing hopelessness and futility, and wonders what you will do next.

Time for a quiz.

You understand that the bad guys have been winning, so let’s see how you answer this one.

They’ve been winning for a long time now, on a number of different fronts, but the winning now, by those so clearly corrupt and power-mad and rife with poor intentions, it’s become this egregious thing. Every day brings new and varied acts by the powerful meant to ever further consolidate power, to belittle and harm marginalized groups, to entrench the nation in a kind of last-gasp white populism, which is particularly ruinous as the administration in tandem turns a blind eye to a violent white nationalist movement that’s unfolding right in front of you.

And you’re not even a target.

You’re a straight white dude, reasonably educated, in a liberal enclave. If anyone in this country is getting a free pass from the brutality of what’s going on in this nation right now, it’s folks like you, and still you’re exhausted to your fucking marrow.

Maybe fatigue was the goal all along.

More likely there is no point. More likely, it’s simply a concentrated group of men (and the Chois and Conways and disgraced Homeland Security Director Nielsen aside, it’s men running the show, my dear) running amok. Remember when game shows would have shopping sprees? As much shit as contestants could grab in two minutes, and it was all theirs. People running madly up and down the aisle, throwing things in their shopping carts, this cavalcade of gluttony. The nation, today, seems like a game show in that way. Men like Mnuchin scooping heaps of money into his cart. At the cost of environmental regulations, public lands, rule of law. It’s the best you can come up with, that comparison, but even analogies have to take a back seat at some point: the corruption and contempt for law and previously held norms is so over the top at this point, those in power seem to have succeeded. You’ve become exhausted to it, and it feels like they’ve won.

What do you do? There are internment camps on US soil now, many of them filled with children. These tent cities, some babies die in them. Some children succumb. The US Department of Homeland Security is unwilling or unable to inform Congress of the exact number of children who have perished in US custody. We know only that they do.

Some states have seized on this window and have begun to pass brutal, draconian anti-abortion laws. These laws will almost surely be contested and appealed as they begin the slow climb up to the Supreme Court, with the obvious intention that newly installed Justices Gorsuch and Kavanaugh will begin the work of dismantling, if not overturning, Roe v. Wade. You don’t need anyone to tell you the economic or social impact of a 6-week abortion ban, or that it will not stop abortions, or that the number of dead women will rise and rise.

It’s endless. You are tired in the heart.

And the trolls – the sewer-dwelling shitposters, the Nazis and misogynists and white supremacists, the ones who gleefully glorify mass shooters – will continue to rejoice. Cruelty – like, simple abject cruelty for its own sake – has had some heydays in the past, but this moment in history is right up there. Hatred’s getting a reboot.

So what do you do? You wish you knew. You do these fundraisers, these benefit gigs, as a response to whatever current tragedy or cruelty unfolds. Another state enacts a brutal abortion ban? Another trans person gets beaten so badly they’re hospitalized? Another detention camp is found to be jamming 900 people in a space meant for 125? You try to do something, try to raise some paltry amount of money as a way of feeling some kind of movement, like you’re doing something. You raise a few hundred bucks, maybe more. You realize that what you’re doing is like walking around a triage center after a gunfight with a single Band-Aid. You go to a rally to be a body and there are the people vying for the death or diminishment of the rights of marginalized folks, and there are the cops, and there you are. Like, what’s the fucking point? As in, does it matter at all? Just this one body?

Everything just seems so pointless.

But then you consider the fact that you are the least likely target of these people, this administration and the bootlickers that idolize them, and that in itself should be serve as some kind of impetus, right? If you truly believe in goodness, in justice and equality and all those massive, overarching blanket terms, shouldn’t you be the last one to stop? Shouldn’t you keep hustling and using your means and your money and your skills and your relative safety to prop up and protect others?

The notions of bipartisanship in America seem, if not decimated, grievously fractured. Probably irreparably so. There’s no stuffing this genie back in its bottle. You think this President’s gonna stop acts of incitement if he ever gets out of office? Like “coequal branches of government” will suddenly be a thing again? That Nazism is ever going to go quietly back into the shadows? You recognize that we’re fucked. It breaks your heart. It whittles you down to a scarecrow, a doll, this powerlessness, minute thing.

So that’s the question that has been filling your days, the one that tattoos its incessant drumbeat into your skull. What do you do?

White supremacists run for Congress, have fawning articles written about them in national profiles. A fertilized egg contains a soul – when incubated by a woman, but not by a laboratory. Immigrants get what they deserve, and if they didn’t want to get thrown into a prison camp they shouldn’t have tried to fucking come here. Straight men are the real victims here, people. If the thug didn’t want to die he should have shut the fuck up and lifted his hands up and done what the cop said. Billionaires got where they got by hard work and ingenuity and sacrifice.

This is the world you find yourself in.

It weighs a ton upon you, this real weight that seems to sit on your heart. It seems as if the world has irrevocably turned some corner though you know that people less fortunate than you have been navigating these things for decades, for centuries. and you do not see anything changing for the better anytime soon. The mechanisms and entitlements and fears that have put us here won’t just magically vanish, you know that. The rage will not subside. Men bent on violence won’t just magically disappear in a puff of smoke.

You are in the middle of a kind of hell, perhaps, and it’s a hell isn’t going away anytime soon.

You have a choice to make.

What do you do as the world hurtles headlong into its seeming ruination?

A) Stop, unplug all devices save for the stereo, invest in back stock of long out of print fanzines, dedicate yourself to exclusively reading fiction, and concern yourself only with pop punk minutiae from 1999 and before

B) Take a break – length to be determined – and then throw yourself back into the fray, because honestly, the absolute zero bare-ass minimum should be someone bearing witness to all this,

C) Resolve yourself to fight harder, be more present, more outspoken, even if it comes at a growing emotional and mental cost