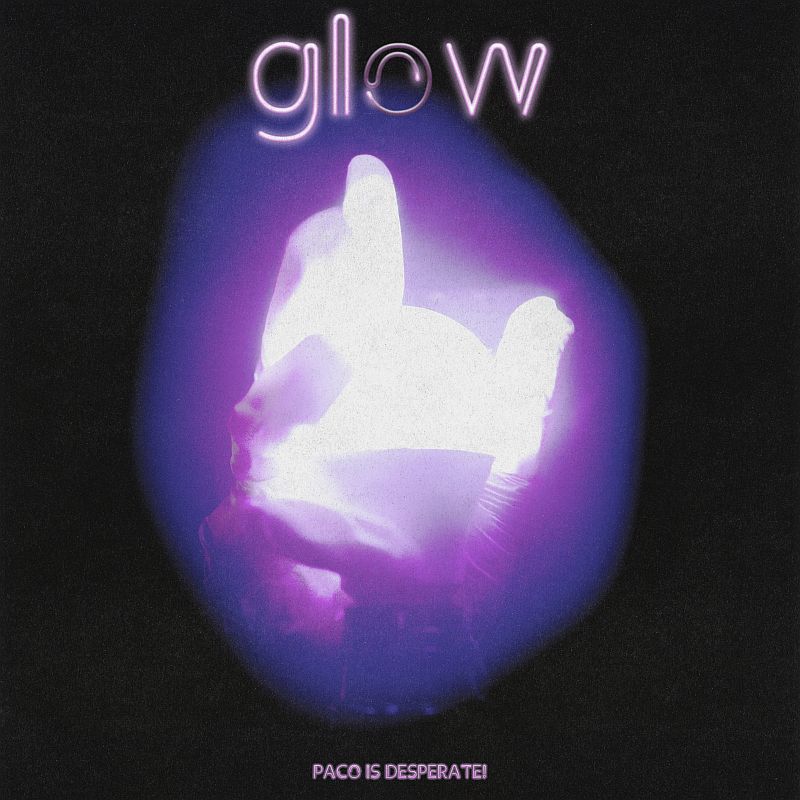 Toledo, Ohio-located independent alternative rock band Paco Is Desperate! churn up quite an intense and restless storm on their new Glow EP, incorporating emo, post-hardcore, and alt-metal styles into their rock music foundation.

The four-piece officially release the ferociously roaring and atmospherically moody Glow today, and Rebel Noise is stoked to host the EP’s premiere in its entirety.

The five-song effort adeptly combines their varied influences, ranging from alt-rock and emo bands like Thursday and Coheed and Cambria to Taking Back Sunday.

Following a harrowing battle with drug addiction, frontman Ashlee Ryan Nunley decided it was time for a change. After getting clean, he chose to divert his energy toward creativity instead of self-destruction. The band’s lyrics stem from Nunley’s struggles with addiction, depression, and anxiety.

Nunley comments, “Glow is an open letter to mental [health] disorders that affect me and millions of others every single day, one meant to express frustrations just as much as rally around the hope that comes from treatment, therapy, medication, and recovery.”

Musically, the outfit’s sound is bold and brooding, richly filled with vivid and resounding instrumentation and alternating wistful vocals and raging exclamations. The cinematic build and catharsis found on each track keeps listeners hooked throughout the EP.

The band’s potent sound and solid chops and songcraft have earned them a fanbase that has grown from a few dozen friends to thousands of followers around the world.

Glow, which was produced by Steven Warstler (Secret Space, Mat Kerekes), has a much more mature and cohesive sound than their previous releases. Raw and direct hard rock moments are mixed with more nuanced and heartfelt writing that makes the EP feel so passionate and dynamic.