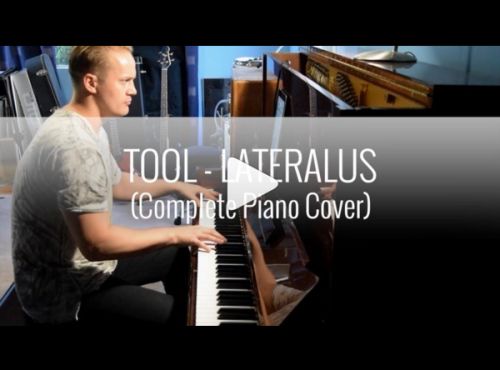 The artist is in the midst of an ambitious project to perform every track of Tool’s core albums.

Canadian musician Colin Everall has been a fixture in the Vancouver music and film industries for a while now, having produced, directed, and performed in various projects. He’s produced videos for Canadian electro-industrial act Post Death Soundtrack, as well as Waiting For Sunday’s “Last Goodbye”, for which he won several awards.

Everall has now taken on the ambitious challenge of arranging and recording his solo piano performances of the core trio of Tool albums: Ænima, Lateralus, and 10,000 Days. At the time of this writing, Everall has posted 11 of the piano compositions to his official YouTube channel:

Everall has this to say about his attraction to Tool’s music: “During… [my] formative years, I discovered a band that sounded unlike anything else. Their music and art fomented a defining passion to challenge myself and the conventions of what is possible creatively. As homage to that inspiration and in anticipation of the long-awaited new album, I will be releasing a new video every Thursday of my own piano arrangements for every song from Tool’s Ænima, Lateralus [,] and 10,000 Days.”

Video Premiere: “Not Coming Down” by The Pull of Autumn