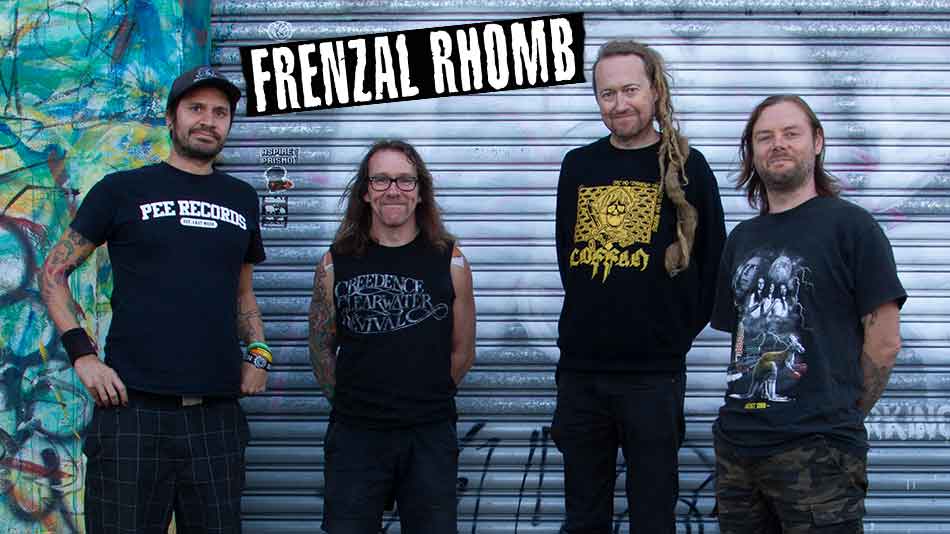 Recently we had the chance to ask our friend Jay from bloody Australia a few really meaningless questions. Jay's the frontman of the longstanding melodic punk rock outfit Frenzal Rhomb who he admits is still together by his sheer forcing of the other members Lindsay, Gordy and Dal through a combination of coercion and blackmail. These guys have been around the block a time or two since forming in Sydney, Australia back in '92 and they are still putting out vital, fast and furious tunes. The questions may be dumb but the answers will give you a glimpse behind the veil so open up grandma, here comes the choo choo train.

RN: If you had a choice between being invisible or flying, which would you choose?

Frenzal: Flying thanks, being invisible is for cowards.

RN: If I was talking to your best friend, what is one thing they would say you need to work on?

Frenzal: “You need to stop having sex with my dad”.

RN: Which animal would make the best type of president if the animal kingdom ever rises up and takes over?

RN: How do you consume your music these days?

Frenzal: I buy records to seem cool but really just let the algorithm work it out.

RN: What was your life like when you were nine years old?

Frenzal: Pretty much the same as now except for the cooking.

RN: Have you ever stolen something?

Frenzal: Only the other band member’s future.

RN; What do you want to be when you grow up?

RN: If you could steal credit for any great piece of art, song, film, book etc which one would you claim?

Frenzal: Cunt Act, I already pretend I wrote it.

RN: What is your coping mechanism when you have a bad day?

Frenzal: Swimming at the closest body of water with low levels of mercury.

RN: Everyone has a good app idea. What’s yours?

Frenzal: An app that geographically finds your closest friend with ADHD medication .

RN: What would your autobiography be called and why?

Frenzal: The Time I Went To The Shops. It’s a real page turner .

RN: What local venue would we most likely find you hanging out at when you're not performing?

For more you can find the guys here: