Concert Review: Coheed and Cambria (w/The Dear Hunter) at the Fillmore Philly on May 10th, 2017 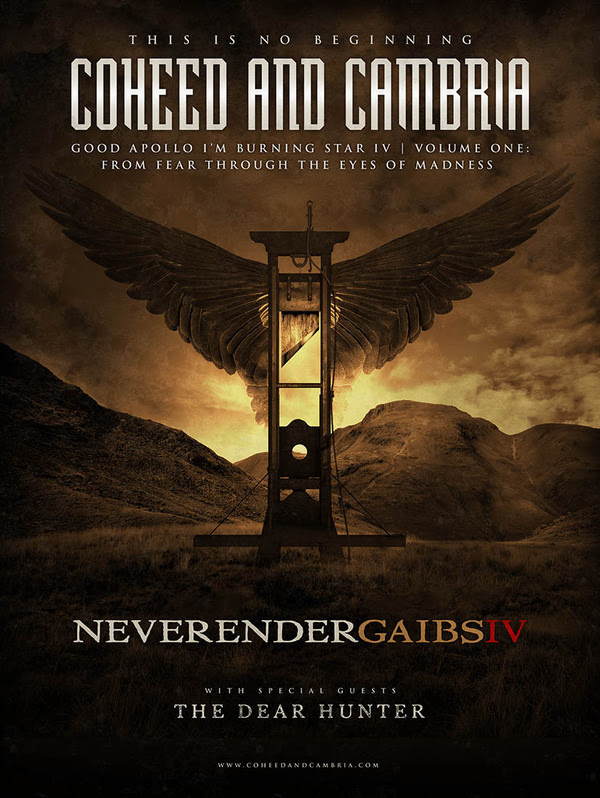 Both groups delivered in spades when it came to musical replications, yet what truly made it a special night was Coheed and Cambria’s intoxicating visuals. All in all, it was a once-in-a-lifetime show.

You’d be hard-pressed to pick a better line-up for a concert than Coheed and Cambria and The Dear Hunter. As two of the most ambitious, sophisticated, reliable, and idiosyncratic modern rock bands around, they naturally complement each other (the fact that they specialize in producing multi-album narrative epics is a nice link, too). Luckily (for all in attendance), the duo proved just how well they go together when they played the beloved Fillmore Philly last Wednesday, May 10th. Both groups delivered in spades when it came to musical replications, yet what truly made it a special night was Coheed and Cambria’s intoxicating visuals (more on that in a bit). All in all, it was a once-in-a-lifetime show.

At 8:00 PM, The Dear Hunter took the stage, and naturally, they began with “Regress” and “The Moon/Awake,” the first two tracks from their latest masterpiece, 2016’s Act V: Hymns with the Devil in Confessional. Adorned with red, blue, and white lights (which flashed frantically during the final section of the latter piece), it was a great way to start. From there, they played fan favorites from both previous Act sequences (“Wait,” “Mustard Gas,” “The Most Cursed of Hands,” and “Is There Anybody Here?”) and unrelated gems (“Filth and Squalor” and “Echo” from The Color Spectrum). At the end, they effortlessly combined “This Body” (also from The Color Spectrum) with The Beatles’ “She’s So Heavy,” which was a nice touch. For the most part, these replications were spot-on, with occasional moments of heightened guitar theatrics or especially intense percussion. At one point, they were illuminated with green lasers and nothing else, which generated a cool glow-in-the-dark effect. Their forty-five-minute set ended with a cascade of colored lights, and while its brevity and lack of on-screen visuals were a bit disappointing overall, The Dear Hunter still proved why it's such a remarkable band on stage and off.

It didn’t take long for Coheed and Cambria to come out afterward and deliver the main course of the evening: a performance of their third LP, 2005’s Good Apollo, I'm Burning Star IV, Volume One: From Fear Through the Eyes of Madness, in its entirety. Although it may sound a bit odd to commemorate the 12th anniversary of something, the record is easily their best work, so attendees adored it all the same. From the initial instrumental opening and solo-Claudio Sanchez rendition of “Always & Never,” to the final moments of closer “The Willing Well IV: The Final Cut” (and hidden track “Bron-Y-Aur”), the quartet did a flawless job of replicating their magnum opus. Of course, the crowd sang along with the most popular tracks (“Welcome Home,” “Wake Up,” and “The Suffering,” which was prefaced by an unexpected orchestral score), and there was an especially interesting moment during “Mother May I” in which spinning blue lights and techno music blended with an ominous male and female voiceover. Also, drummer Josh Eppard and bassist Zach Cooper interrupted “The Final Cut” with awesome solos.

As for encores, they pulled out “Island” from 2015’s The Color Before the Sun and then two of their oldest songs: "Delirium Trigger" (from debut LP The Second Stage Turbine Blade) and the title track from sophomore sequence In Keeping Secrets of Silent Earth: 3. Of course, longtime fans lost their minds when the latter two bled through the speakers. Prior to any of that, however, Sanchez thanked the audience for all of the support and gave a heartfelt speech about how far he’d come since seeing Coheed and Cambria as a mere pipe dream while still scraping by in his early 20s. In addition to the music itself, this moment really helped cement the overarching celebratory vibe of the night.

Everyone in attendance knew that Coheed and Cambria would be on point in terms of its music, but what they probably didn’t expect was the incredible visual flair that accompanied their entire performance. You’d have to see it to really grasp it (which is why I’ve included a few photos), but suffice to say that every moment of their set was decorated not only with the usual colored lights, but also with an abundance of thematic imagery whose otherworldly depictions and psychedelic flamboyance evoked the art styles of Tool, Between the Buried and Me, Mastodon, and The Mars Volta. Be it skulls, spacemen, and tesseracts coated in retro ‘80s blues and pinks, or footage of maggots, riots, and sandy dunes, their graphic acumen was appropriately spellbinding, making the concert one of the most alluring auditory/visual amalgams Coheed and Cambria has ever done. 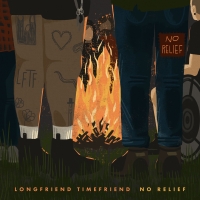