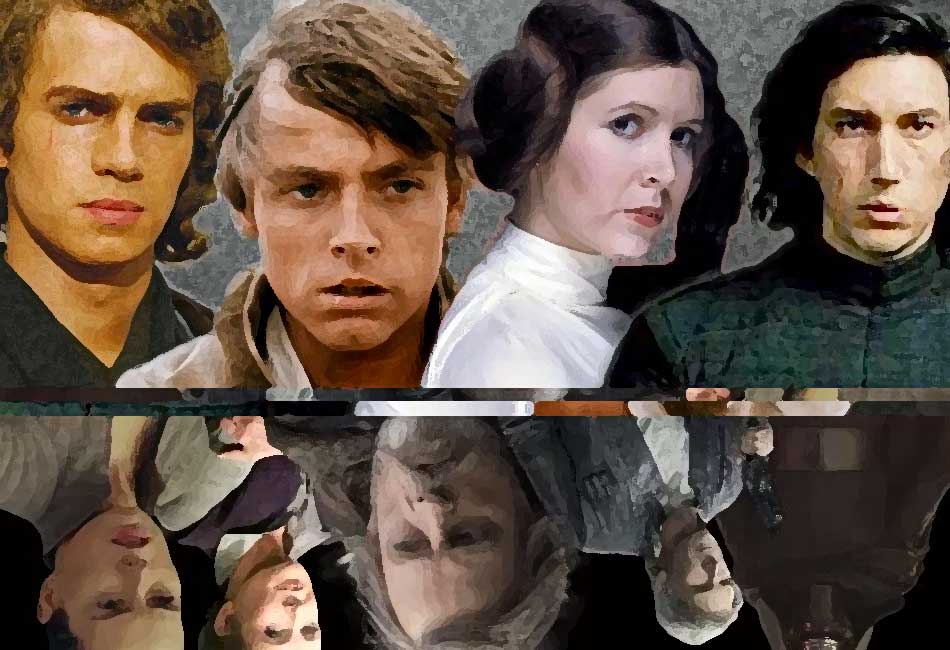 Look, I love Star Wars. I have Boba Fett tattooed on my left shin. I geeked out when I went to Walt Disney World and was picked for a photo op with the masked bounty hunter – at thirty-six years old. I made my two kids take the photos with me. They didn’t give a shit.

My dad plopped me down with a bucket of popcorn at the cheap seats for Return of the Jedi when I was barely three and I was hooked. By 14, I’d hoarded birthday money to buy the re-released VHS set for forty bucks. Might as well have been three thousand to my broke fourteen-year-old ass. I peddled my crazy heavy Dyno Comp three miles to Blockbuster first thing in the morning, waiting with the real nerds in the sweltering sun, so I could be there when they opened. How naïve I was, believing George Lucas and his promise of this being “the last time” they’d ever release the Star Wars trilogy. I don’t think I watched anything else for the rest of the summer that year.

But recently, I’ve come to a place I never thought I would: I’m ready for the Skywalker saga to be over.

The Skywalker storyline is a horse that’s been beaten to death.

Dorks have ruined Star Wars, not Disney. If anything, The Mouse took a deep lungful of air and delivered mouth-to-mouth on what had become a comical corpse. Please don’t try to defend the prequels, ok? They’re bad. The CGI, the acting, about the only things worth talking about are Darth Maul, who is cool as hell even if he dies like a total bitch, and Natalie Portman being the only watchable actor onscreen (Admittedly, I have a decades-long crush and would watch her read the phonebook.)

Even Samuel L. "Motherf*#!kin'" Jackson and his purple lightsaber couldn’t make those movies watchable. You doubt me? Do I need to bring up the whole Vader screaming “NOOOOOOOO” thing at the end of Revenge of the Sith?

Only a fool would dispute the OG trilogy as a landmark film and cornerstone of popular culture. We all agree to look past the plot holes and the goofy masks. It’s impossible to imagine a world without The Force, a world without C-3PO or R2-D2 chattering along, a world with wookies that will rip your arm off, where you just need a few more seconds to make the jump to hyperspace. (This is also what I call going blackout drunk.)

The new Disney-era movies are so much better than the prequels it’s tempting to put them up on that same pedestal. But they’re not really mindblowers. The Force Awakens is essentially A New Hope. Fine, we’ll take it. We needed something to bring the family back together after a decade wandering in the darkness with Jar-Jar Binks and Mannequin Skywalker.

Most people will see The Rise of Skywalker and move on with their lives, whether they liked it or not. Face it, the magic is gone. And it gets worse because there’s  A dark side to this, a pack of keyword warrior neckbeards who reek of tugging on their gimli sticks a little too hard. And these nerf herders have made a toxic Star Wars culture toxic known as “The Fandom Menace” a group so lame, they had to take the worst movie of the bunch and coin a term based on their lack of real personalities.

First, they lost their damn minds over Finn being black then they pivoted to complaining “woke” culture infiltrated their beloved space opera. In case people forget, the OG Star Wars universe had a fat slug who was creepy as fuck, a dude with an ass for a face, and C-3PO is super fem. Lando isn’t the only black guy in space, and neither is Boba Fett the only Asian. Seems logical to me that other skin tones appeared in a universe where one of the main characters is a walking fucking sheepdog.

Then they went after Rogue One because it had a strong female lead. (Rogue One is easily one of the best Star Wars films, it’s almost as good as the Empire Strikes Back.) The same happened with Kelly Marie Tran and Daisy Ridley. For these Gamorrean Guards, women ain’t allowed in space outside Leia. Who, by the way, set the tone for women in Star Wars not being fleshy doormats, so how are these ladies any different?

Then nerds lost their minds over Solo. Solo, like Rogue One, is light years superior than everything outside of the OG trilogy. Solo is fun as hell heist movie. Alden Ehrenreich, who played a young Harrison Ford, has more or less been blacklisted thanks to that movie. Which is stupid because Solo is terrific. Han Solo’s character doesn’t live and die by his fractured relationship to the Skywalkers. If you want to get pissed off about anything, focus that hate on the paper-thin character that is his son, Ben Solo, aka Kylo Ren. Kylo Ren is as uninteresting of a character as it gets: a spoiled brat who freaks out on his uncle, kills a bunch of kids ala grandpa and wears a helmet to look cool. Word, you big baby.

People’s backward cultural ownership of the franchise and its legendary characters is exhausting. Rian Johnson didn’t murder Star Wars. The Skywalker storyline is a horse that’s been beaten to death. Did he do a bang-up job of screwing it up? Hell yes, he did. Disney had plans for this guy, but let’s be real: they have an albatross around their necks. They have to end one of the most successful things mankind has ever known.

The Last Jedi is awful. They set up Snoke to be this monolithic evil power, and he dies like a dog in the street. There were plot points in The Force Awakens, but apparently, Rian Johnson was like, “fuck that. I’m going rogue.” He didn’t even bother with considering the whole massive gaping story arc of Rey’s parents. Toss in some pointless gambling storyline with a side of shirtless Kylo Ren and it’s a disaster. 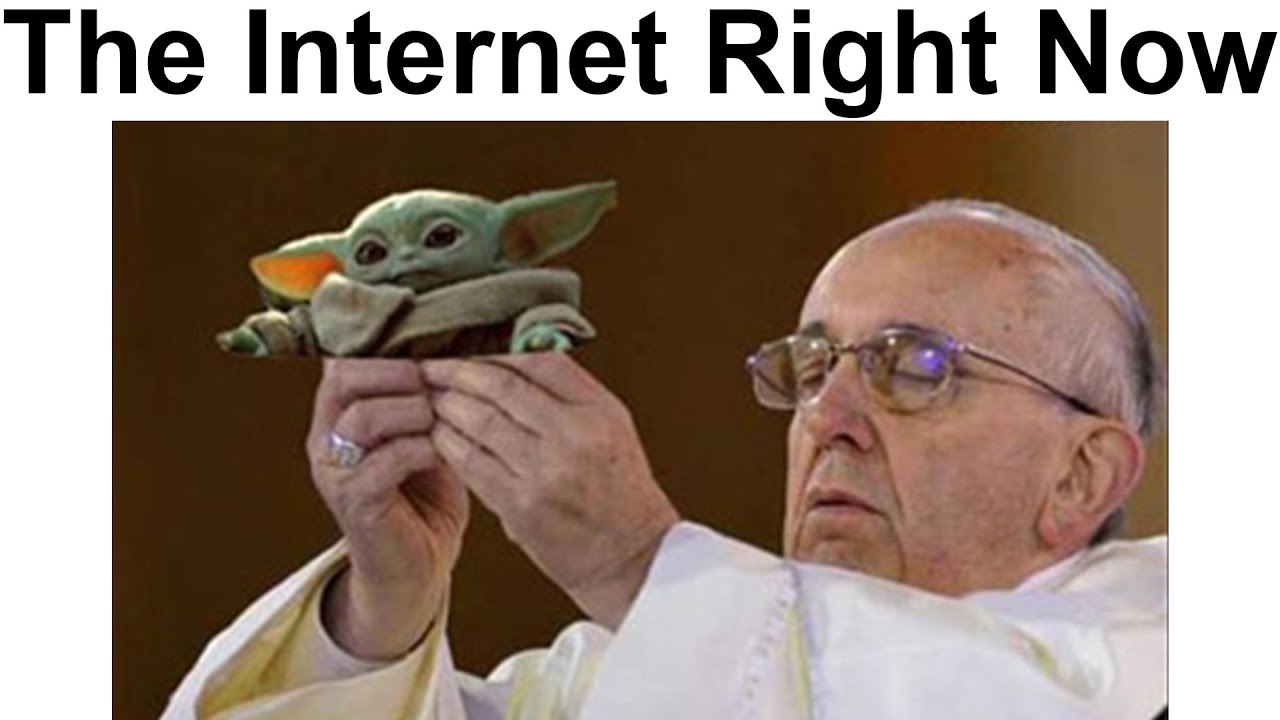 A few emotionally broken Star Wars fans were crying all over social media, trying their hardest to sabotage Rian Johnson’s new movie Knives Out with the hashtag #spoilknivesout because they believed this guy killed their beloved franchise. Adult men. Dudes who debate the merits of banging a Twi’lek are the same people making online petitions to get Star Wars remade and I just can’t do it anymore.

We’ve arrived at the end of the line with The Rise of Skywalker. Who knows what’s going to happen? Will Luke be saved? This was supposed to be Leia’s big movie, so how does that all play out? I don’t know and to some extent, I just don’t care. I want it to be over.

We’ve got the phantom theory that Palpatine is coming back. Are we forgetting his death by the hands of Darth Vader as a final act of redemption kinda bookended everything? It seems like JJ had to throw a Hail Mary to fix Johnson’s fuck up for the Snoke thing. And somehow we are right back in prequels terrain except at least those Gungun turds execute the rise and fall of Anakin Skywalker and the resulting power of his children. For all of the bad acting and horror show CGI backflips, George Lucas knew how to weave a narrative.

What we can be happy about is that the Star Wars galaxy remains wide open and fascinating if The Mandalorian is any indication.

John Favreau did a bang-up job of establishing his gritty, spaghetti westernized version of George Lucas’ universe. It doesn’t feel like a cheap Ewoks movie from the 1980s.

The rise of The Mandalorian is what the franchise needed. It’s a universal hit because it isn’t about the Skywalkers and hasn’t dipped into their world. We don’t even know if Baby Yoda is actually Yoda. We just call it that. This was a realm of new characters taking on new challenges, which can wipe the slate clean because there are no expectations. Bring on more ruthless bounty hunters absolutely crushing left and right. And more of the stormtrooper heads on pikes, that shit was hardcore.

The Star Wars we know and love has reached its time. No more of Luke drinking green tit milk and looking all haggard and mad he’s been dragged out once again. Let the man become a see-through ghost in peace. So join me on December 20th. Grab a tub of popcorn and raise your bucket of cherry coke to toast the end of the line. Let's say May The Force Be With You for the last time to the Skywalkers. 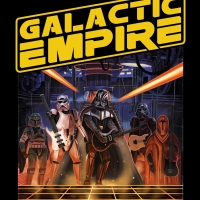