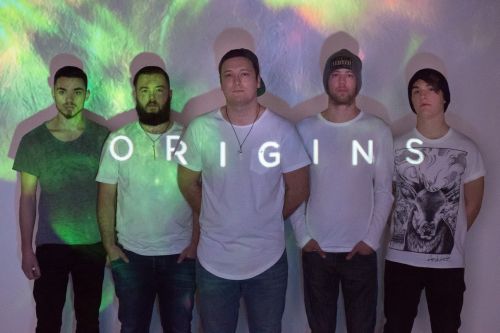 The Australian progressive metalcore five-piece will release its intense and dynamic debut EP in March.

The Australian progressive metalcore band WHITEFALL has announce the release date of March 4th for its debut EP ORIGINS.  The five-piece will drop its first, but extremely impressive, body of work. The lead single "Causality" features vocals from Dan Tompkins of the widely-acclaimed TesseracT.

Whitefall is a fresh face and sound on the Australian music scene, having only just made its live debut in November alongside Dream On, Dreamer and Polaris in Canberra.  The Origins EP is layered, complex, intense, and made with absolute passion and precision.

The band members recorded with Dax Liniere of Puzzle Factory Sound Studios at Rawgigs Recording Studio in February 2015. The five tracks are a tight, bristling listen - a fiery stab of progressive metalcore. When the opportunity came to include vocals from one of progressive music's most recognised names, they jumped at the chance.

Take a listen below: