Flash Music Reviews for May 2015 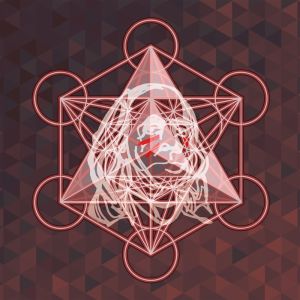 Small Leaks Sink Ships - Face Yourself, and Remove Your Sandals

Small Leaks Sink Ships – “The Devil’s in the Desert”

Small Leaks Sink Ships, the Portland, Oregon-located, alt-rock band with experimental tendencies, is composed of London Van Rooy, Judd Hancock, Jim Mandel, Jr., and Ryan Garner.  The band members recently released their 2nd album, Face Yourself, and Remove Your Sandals, and it’s full of sweeping instrumentation and detailed song structures.  Never ones to stay within a musical genre, they stray from the rock-driven format on the Muse-like (mostly classical side and not rock side) “The Devil’s in the Desert”, one of the highlights off their new album.

It’s a mainly a melancholic piano-based ballad that’s laden with bittersweet strings.  There’s a part of it near the song’s start, however, that’s true to the band’s rock-beating heart, where the drums, cymbals, and guitars take over for a spell.  The singer emotes with passion and force, his urgent and anxiously pressed tone recalling a hybrid of Jeff Buckley, Thom Yorke, and Matt Bellamy as he histrionically declares he’s “feeling alone”.  But even when it’s ‘only’ contemplative piano notes, weeping cello lines, and a windy sound in the background, the effect is still quite compelling.

Springfield, Illinois experimental rock duo Ransom Scenery recently released its album, ear to ear, an avant-garde and sometimes challenging listen, where some songs follow more traditional song structures and instrumentation (like the hazy shoegaze wash of cymbals and guitars on “Unconditional” and the appealing vocal harmonies of “All My”), and others cram in aurally warped, unrecognizable or found sounds (like the cacophony of “Holozoic”).  Chaepter Negro (vocals, mandolin, cello) and Drew Lowey (drums, percussion) who make up the duo also like to play with the volume on some tracks, moving from quiet tones to louder and clear sonics.

Album-intro tune “Slowly Spinning” falls into the former category with a notably slow-build in intensity and volume.  It commences with outdoor noises – bird chirps and drifting overcast skies - until a foreboding synth ambience takes over.  Occasional, echoed wood clacks increase in tempo and Chaepter’s subdued, half-buried vocals materialize, sounding like they’ve been beamed in from a distance.  Two-thirds of the way through, “Slowly Spinning” opens up with Chaepter’s more assertive vocal tone that reaches skyward, along with a drum beat, drumstick taps, and cymbal hits.  Light, chiming notes flit to and fro as the synths change to an alternating rhythm.  It’s difficult to distinguish most the lyrics, but “romance is a trap” can be heard.  It’s all very mysterious and ruminative, but also captivating.  The brooding tone is leavened by brighter instrumentation near the end of the song.  Now, the accompanying disquieting video is another story altogether…

061180, is not just a number (or string of numbers), but the moniker of avant-garde musical artist John Parnell who hails from Birmingham, Alabama.  His experimental output can be unsettling, harsh, and difficult to aurally assimilate and latest album, I’m considering being a cloud, which was released in March, is no different.  Some tracks are just quietly menacing, like barely-there album-opener “Fiction”, while others revel in loud, disorienting noise like “Eat your make-up”.

“Home bird III” hits the right ambient balance at its start with super-extended, airily eerie synths drone and radiowave interference lurking in the backdrop.  Highly distorted vocals appear a third of the way through, but the message is lost amid the X-Files-like spookily spinning disc noises that increase in intensity.  “Home bird III” is a lengthy track, clocking in at just under 14 minutes, and it slowly segues through a range of mostly low-key sounds – ghostly hums, soft reverberations – nothing too shocking or unpleasant – for a time.  The buzz of static, wavering notes, and sharply cycling tones make way for an echoed cavernous noise that approaches cacophony, but then the tone deepens with a low drone fuzz.  Near the end of the track, it suddenly speeds up to helium-high levels, sounding like kiddie Martians have landed or maybe a flock of ear-piercing seagulls…

Direct Divide, the Monterey, California (by way of Seattle) symphonic alt-rock trio, is comprised of Razz (vocals, strings), Kevin Proctor (guitar, synths, keyboards), and Valdemar Huguet (drums).  The band members have an album, Bridges, and single to their name and are set to release a new EP, Own Your Ocean, on July 24th.  They will also be opening for Lita Ford for Northern California Women’s Music Festival this October.

The first single off of Own Your Ocean, the lyrics-centered, vocals-driven “1000 Years”, showcases the band’s distinctive blend of hard rock and orchestral elements topped with the potent power of Razz’s vocal delivery.  The mix of violins and Razz’s plaintive vocals also leans towards the alt-country genre.   Piano notes drape over the song, while bolder synth notes and emphatic drum and cymbals hits punctuate the rhythm.  A brightly ringing guitar line alternates with Razz’s emotive, clear vocals as she proclaims the positive message to “…enjoy the ride… / and celebrate our living dream”, even though it may not be exactly where you thought you’d end up.  Razz’s heartfelt vocals are displayed best near the song’s end, when her words are supported by a spare instrumental arrangement of gracefully pulled bittersweet violin strings and lighter piano notes.

Interview with A Billion Lions