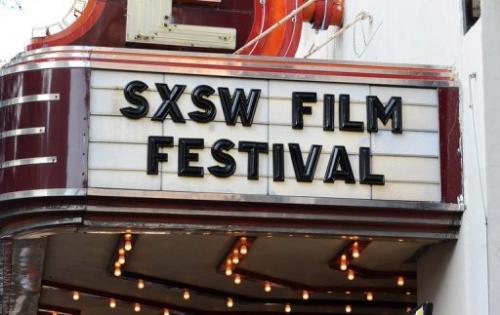 Highlights of Us and Them, Hounds of Love, and Flesh and Blood screenings at SXSW Film, 2017

I succeeded in striking an even balance between music and film for this year’s SXSW festival, partaking in showcases at Cheer Up Charlies on Red River Street (including events hosted by BrooklynVegan, AdHoc and Topself Records) as well as attending ten film premieres. While witnessing various sets from locals and out of town bands, it was also nice to sit back and rest my feet from the chaos and crowds in a dimly lit theater. The antisocial nature of sitting solo for an hour and a half strikes as the antithesis of the constant hustle and bustle at the seemingly unlimited amount of shows to catch at any and every hour during SXSW, but there’s a lot to be said for the multiple thought-provoking film debuts I had the opportunity to watch and reflect on. Regarding the majority of the films, I had only high praise for the various filmmakers, cast and crew that gathered in Austin to screen their projects.

Director Joe Martin’s suspenseful debut for Us and Them stands strong as a cathartic viewing in the midst of our political climate, drawing stylistic elements from Michael Haneke and Quentin Tarentino. A member of the working class, Danny (played by Jack Roth) forms a haphazard plan with two of his mates to hold an elite’s family hostage in the hopes of starting a class revolution by filming and streaming the scene online to the wider public. What ensues is an intense yet comedic stunt of chance, using internal monologues and a stream of consciousness plot to aid in driving the frustrations of Danny and blue-collared workers in our current society.

For those looking for an expertly crafted psychological thriller, Australian director Ben Young’s debut for Hounds of Love is commanding as an unforgettable and challenging viewing. Based loosely on true events, serial killers and couple John and Evelyn lure teenage girls into their house as a means of torturing and eventually disposing of their bodies. Upon chaining Vicki to the bed in their spare room, the audience soon realizes that not only is Vicki the victim in this horrific situation, but so is Evelyn, emotionally bound by John’s constant cyclical abuse and rage. While bleak and unsettling, Young is still able to juxtapose the light with the dark while never submitting to the exploitative.

Mark Webber’s Flesh and Blood is one of those rare viewings that succeeds in striking an utterly personal and political chord on a vast multitude of levels. A pseudo-documentary, Webber utilizes his mother and step-brother as well as Pittsburgh’s marginalized communities as the cast, spotlighting the on-going battles his younger brother faces with his recent diagnosis of Asperger’s, his mother’s role in caring for her children while accepting her past decisions and lifestyle, as well as Webber’s determination to become a proactive member of society. Flesh and Blood's commentary on Webber's struggle with not falling back into prior detrimental patterns as he revisits familiar faces and landmarks from his past as well as the trials and tribulations of the city's minority groups Embracing each individual’s intricacies, hypocrisies and traits makes Flesh and Blood a complex and brutally honest piece of art, and remains a standout during my SXSW experience.

Song Premiere: “Stand Up” by Ayron Jones and the Way