Interview with One Track Minds 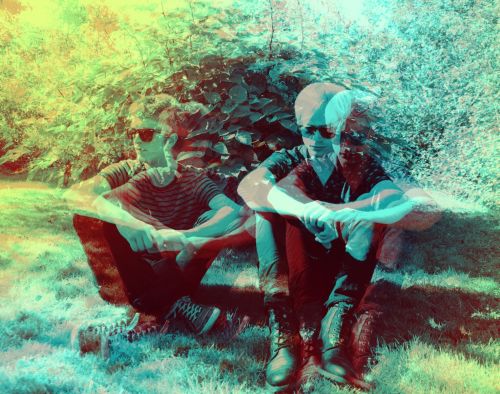 Jon, the vocalist and guitarist of Norwegian rich and gritty psych rock band One Track Minds, spills details about the act’s recent album and what the future holds.

Hello guys!  It’s so good to touch base with you and see what you’re up to now after the release of your debut album, A Price to be Paid, this past October.  First off, where are you all now and what are the post-holiday vibes like?

Hi!  Well, we are not all full-time musicians, so we are back to our respectable employments, for better or worse. A bit fatter and none the wiser, but still we are looking forward to a new year with new endeavors and creative outbursts. The vibes are sort of laid-back restlessness mixed with anxious confusion.

Who is in One Track Minds and what instruments do you play?

From what I understand, you are all based in Norway and have been long-time members of the music scene in the city of Trondheim.  What sparked the formation of One Track Minds?

One Track Minds started as a solo project for some songs I was playing around with. Since I never really liked the solo artist format, I asked some of my friends to join in for a live line-up and some help in the studio with the album. The spark was really a need to do something creative in order to stay sane. There is just so much garbage out there in terms of music that I was really wanting to release something I would love listening to on the radio myself.

Who is the songwriter/composer of the band?

I write and compose all the songs. And later, I call for second opinions from the other guys in the band.

A Price to be Paid was the first release of the record label Brygga Records.  How did you connect with this label?

We recorded the album in their studio and become good friends with the people there. They were talking about starting up a label and asked us if we wanted to be their first release. It just seemed natural and easy to do it that way.

Your songs are immersed in a richly psychedelic, retro-tinged rock ‘n’ roll sound that also picks up blues, country & western, and folk noir frequencies.  What bands, films, landscapes, moods, and the like have influenced your music?

So many things come together to form our expression and it’s not really one specific thing. There is definitely a darkness to our sound; we are not really a party band. If it’s our influences or the dreary Norwegian winter that seem to go on forever, I do not know. My roots are definitely in blues music which was the first thing I listened to and emulated when I started playing. I was also really into grunge when I first got into music.

We have always loved music from the ‘60s. Bands like Jefferson Airplane, The Elevators, The Stooges, The MC5, The Doors, The Ronettes, the Beach Boys, Bowie, The Stones, and also The Velvet Underground, had a massive impact on us. Also tons of other stuff; it would take hours to get into. Later it was also a lot of punk music, Girl Groups, New Wave, neo-psych, and surf music. Bands like the Only Ones, The Sex Pistols, Johnny Cash, Johnny Thunders, Sonic Youth, Joy Division, Spacemen 3, The Jesus And Mary Chain also strike a nerve. Having said that, we love all types of music, really.

Tunes like “She” and “Trash” radiate a dissipated, burnished glow that somehow comes across as emanating from the dusky deserts of Western America.  Do you have a desire to get your kicks on Route 66, so to speak, and travel through that area of the United States?

Thanks for picking up on that. We all pretty much grew up on American culture, movies, and music. I think a lot of people from my generation have had that romantic view of aspects of American culture and the textures and landscapes that go with it. Jack Kerouac’s On The Road is probably one of my favorite books. I would definitely love to drive cross-country through America someday listening to some good tunes. But with Trump taking office soon, we will just have to wait and see what happens. Probably nothing though.

What has the reaction been like to A Price to be Paid in your home country?

It hasn’t really gotten the promotion it could have, or deserved to get, to be honest. It’s all about exposure and when you release on a small indie label it’s hard to get noticed without sticking it too far in people’s faces. I would like for people to sort of find it on their own. I think playing live as much as possible is probably the best thing to get noticed, if you can do that.  But the blogs and newspapers that have picked it up and reviewed it have been very positive. We picked up a great review from our local paper which was flattering. It was also nominated as one of the 10 greatest Norwegian records in 2016 by another blog.

Have you played any gigs to support the album’s release?  Jon, I think you played a solo show in early November.  Did you perform One Track Minds songs or do you have other numbers up your sleeve?

We did a release concert/party for the record when it came out in October, which was really fun. And then I played an acoustic solo show in November in this tiny bar. Which was terrifying; I am more of a band person. I did acoustic versions of some of the songs from the record; also a Velvet Underground song. I ended up giving away about 15 vinyl LPs for free that night; I guess it was sort of fun. Hopefully we will be doing some shows this spring.

What’s next for you as a band?  Are you planning on making any music videos for songs off the album?

I am working on new demos and hopefully I will get my ass in the studio by the summer to record some new stuff. I would love to do a video for one of the songs, but unfortunately everything costs money. So for anyone who is interested in supporting us doing more creative stuff, please go to our Bandcamp page and download or buy our record on 180g black vinyl. If not, that’s fine also.