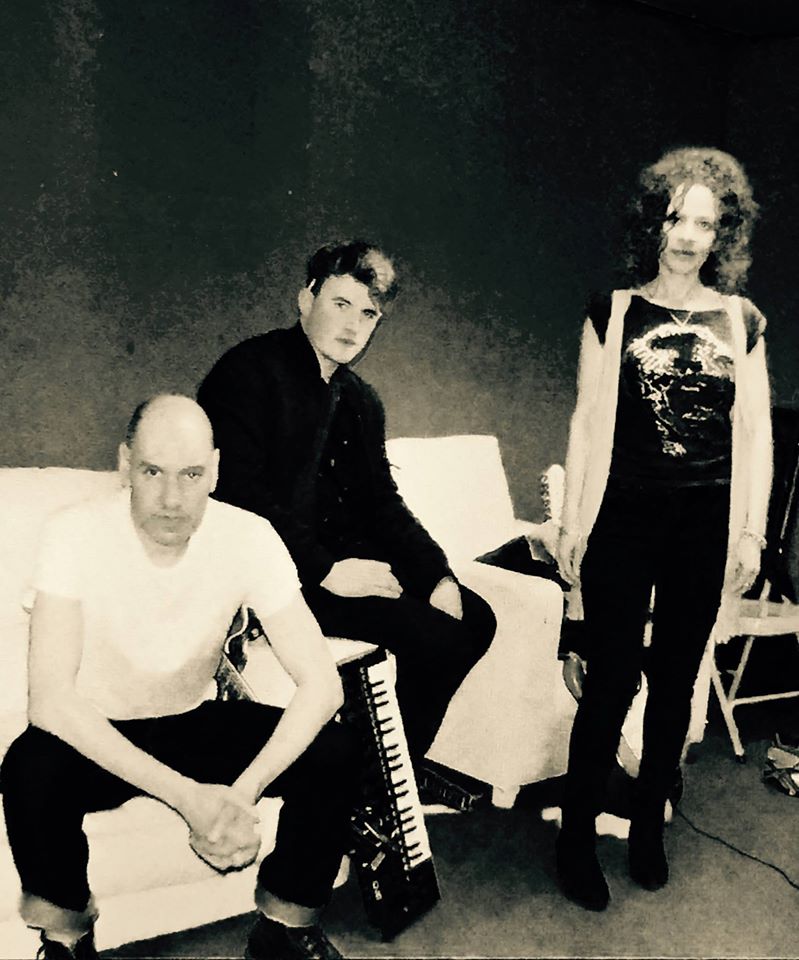 Rudy Tambala of pioneering shoegaze/experimental music act A.R.Kane give the latest details on, and a look back at, his musical journey.

Hello Rudy!  It’s so good to touch base with you again after an interview we did for Spill Magazine last year.  Where are you located these days and what are the vibes like?

Still on the farm in Herts, UK. Vibes are cool.

You’ve recently been collaborating musically and forming a friendship with the Canadian-Ukrainian dream-pop duo Ummagma.  What are the roots of your friendship based in?  I hear that you’re both great admirers of the renowned band The Veldt.

Viewing the musical side of the connection, you and Ummagma unveiled the mini-EP Winter Tale in mid-January.  What is your involvement on this EP?

I kept the vocal stems, stripped them bare, set them in a new space – minimal, raw guitars and a touch of synth. No drums. I did one long mix like this.

2016 was a banner year for you regarding playing shows in the UK and Europe, including performing at the music fests Primavera Sound and On Blackheath Festival.  What have the gigs been like and do you prefer to play more intimate venues or wide-as-the-sky music fests?

Gigs were fine, and yes, I prefer more intimate shows right now - being closer to the audience is nice. Kinda strange getting up and doing it again after so long.

You have reformed your legendary, pioneering dream-pop outfit A.R.Kane well over a year ago now.  The line-up is modified, with you and Maggie Tambala as original members, and added newbie Andy Taylor.  Have the three of you gelled into one smooth musical unit?    How did you hook up with Andy?

Funny, cos I am no longer with Maggie and Andy; right now I’m solo. As I write and record new material, I may get them or other musicians involved later. We did gel. Andy was my neighbor, and a close friend of Alice, my daughter. He’s a cool dude.

What can A.R.Kane fans (and music listeners in general!) expect in the future?  Are you currently working on new material?

This year is “A.R.Kane Project”. It’s a more experimental approach; not a band as such. I have a new recording set-up at the farm.  It’s pretty isolated there, and I don’t mix (with people) much, so you can expect something a tad introspective. Also want to release a few quirky, off-the-wall bits, other artists maybe - if time permits. I have Astral Weeks (Van Morrison), Strange Celestial Roads (Sun Ra), and Blond (Frank Ocean) on rotation – they are my current musical reference points - they are influencing my choices.

No. No plans to tour. Maybe a few one-offs. Solo sets possibly. Like a poetry evening, but without poetry. Maybe just jamming with some cats that want to just jam. Who knows. I don’t. We’ll see.

Speaking of musical endeavors, I see that you worked with The Veldt’s on “And It’s You” from their recent EP The Shocking Fuzz of Your Electric Fur.  What are you ties to The Veldt?  Do you go way back with the guys or is this a newer association?

I remixed that track. I have known them since the ‘90s. Spiritual cousins. But still, it is pretty new.

You’re credited with coining the term ‘dream-pop’ in the early days of A.R.Kane’s music career (the 1980s!) and you’ve influenced the illustrious likes of My Bloody Valentine and Slowdive.  Is this a heavy or glorious responsibility to bear – or maybe it’s not something you dwell on?

Trying now to dwell on the question. Not sure if it’s true anyway. I like both bands, but don’t hold them in the sort of esteem you and other critics seem to.

As A.R.Kane you’ve been on some very famous labels – One Little Indian, 4AD, Rough Trade, and David Byrne’s Luaka Bop.  Maybe those were different times compared to the current day, but did you find being repped by a record label was beneficial for the band?  Or was it a lot of headaches and red tape?

That’s a massive question. The record industry of yore is no longer. We were pampered. All you needed was a demo of two songs and a gig spot in a dirty pub backroom - you could land a huge deal. Nowadays you need to have 100,000 Facebook fans, a finished album, and jammed tour before they’ll look at you. Not my world. I’m not a businessman, so I struggle with some of the organisational bits required in the brave new digital DIT world.  I would rather be able to just focus on the music.

The world is going through so much political and cultural upheaval with certain leaders taking advantage of their powerful position to spread lies and hate and fear (Yes, I am referring to President Trump’s USA and ‘Brexit’ UK) – unfortunately to a mostly susceptible public.  As a musician, and as a person, how do you stand up against this divisive and destructive atmosphere?

Seems loving kindness is in short shrift, doesn’t it? There is a gaping hole where there could be understanding. It’s not so dissimilar to what I remember growing up in the ‘70s/’80s in England, and that produced some of the best music. Me, I get down, then I get up again. Important not to get too sucked in by all the hysteria - It’s has a hypnotic effect, a machine running on fear. This is another useless metaphysic - this time nationalism, race, and religious fundamentalism. It is pathetic that people with power look for those least able to defend themselves, demonise them, destroy them. Divide and conquer, keep power. This human species is not the finished article. I never believed in nation, race, or God - but I get why others do; it fills a void. Me, I’d rather be empty.