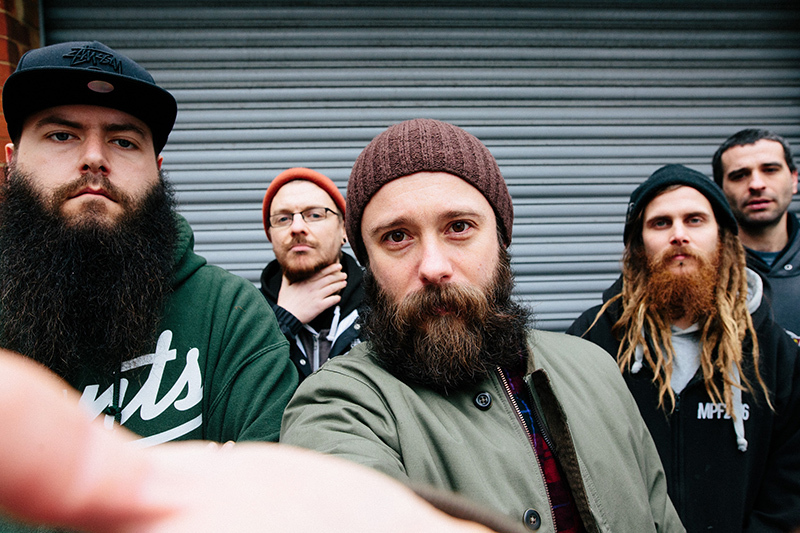 Darko have officially released their new album, Bonsai Mammoth, on all formats through Bird Attack Records (US), Lockjaw Records (UK) and Torch Of Hope (JP).

If ever there was a time for a true global resurgence of punk rock, that time would be now. As the current wave of pop nostalgia wears off and more and more forward-thinking, liberal, young creatives wake up to a very different, and altogether darker, political, social, and environmental reality, people will be searching for a sound to define their time. Darko's new album, Bonsai Mammoth, will be there waiting.

Echoing the intensity of their music, the subject matter of the Guildford, UK skate-punks’ new record suitably shines a light on the big issues we all currently face, and encapsulates all of the modern age frustrations that are now ripe for exploration.

On the new album, Darko’s signature duelling guitar engines increased the intensity and intricacy of their playing once more. Out to prove that the band are not just a speed-driven, one-trick pony, they’re intent on proving themselves to be musicians skilled enough to make layers of mind-bending, racing guitars mesh cohesively with impactful songwriting.

Couple that with their versatile rhythm section rumbling along at a heart-racing pace, and front man Dan Smith’s vocals stretching to their limit with a coarse delivery, it’s an album that’s packed full of all the satisfying choruses, mosh-pit moments and gang-vocal sing-a-longs that you’d expect from a fun-filled Darko live performance.

Bonsai Mammoth is now available to purchase on a number of formats:
US
UK/EUR
Cassette Tape