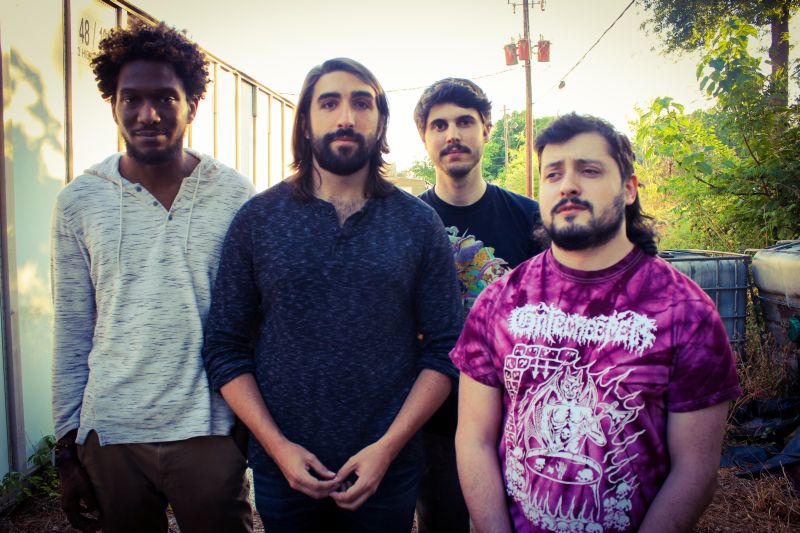 The progressive/post-hardcore band unleash an enthusiastically energetic music video for a dynamic and genre-bending new tune.

Atlanta-located The Canines are an exciting newer band on the rise whose talent and adventurousness shine through their dynamic and genre-bending music.

Inspired by big names like The Mars Volta and Coheed & Cambria, The Canines bring that same freeing sense of experimentalism to their music, incorporating math-rock and electronic elements into their complex, but compelling compositions.

The band have shared the stage with various acts including Badflower, Goodbye June, and Crobot. The momentum of their energetic live shows has been halted due to the pandemic, but hopefully new shows will happen sooner than later.

Rebel Noise is stoked to host the premiere of their entertaining live performance music video for “Architect,” an opus that starts off with a 1-minute electronica-steeped intro that then plunges into speedy and slammin’ post-hardcore kinetics.

The enjoyable music video spotlights the band members performing their hearts out in an isolated house setting. This is intercut with brief views of each musician going through his daily routine, but with the rest of the members cramming into the frame, cranking out the track amid the hum-drum activities of brushing teeth and staring at the computer screen…

Is this footage symbolic of our indoor lifestyle that’s been induced by the pandemic?

Midway through the video, the band members actually do get away from their daily grind and make an escape to the outdoors, coasting down a river on inflatable floats. But those scenes are brief and the indoor environment quickly returns, leaving the viewer to wonder if the outside break was just a dream…

Guitarist Alex Var dives into the intricate thematic details of the number, explaining, “The song “Architect” introduces a character that goes by the same name who plays a pivotal role in the story behind our lyrics. He comes from a race of aliens with special powers, known as the Estrallans, who are revered as gods by other beings in the universe.

He manifests his powers by being able to create planets where he sets the rules for that world. The architect sees this as an opportunity to remove his people’s one-sided control over all other life. He creates a set of trials for other races to prove themselves worthy of becoming gods of their worlds.

After granting godhood to two individuals, he realizes that those who pass his trials usually end up corrupted by their power. He starts to regret his actions and isolates himself to stop any other corrupt gods from being made.”