Single Premiere of “Wake Me Up” by metalcore band Armada 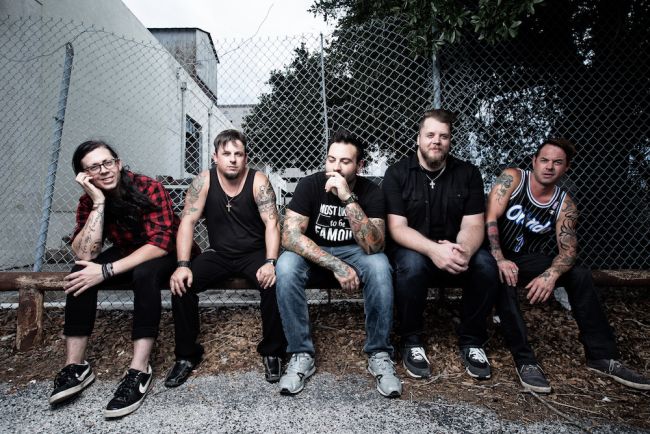 Armada launches the Single Premiere of the stormy and thought-provoking “Wake Me Up” off of its upcoming Of An Ocean EP.

Orlando, Florida-based metalcore five-piece Armada may be a newly formed band, but its members are veterans of well-known acts including Modern Day Escape, I Woke Up Early For My Funeral, and Lennon.  Lead vocalist James Vegas, previously of Modern Day Escape, is at the helm of this energized enterprise that amalgamates rock and hardcore into its modern metal foundation.  The band is rounded out by a crew composed of Tee Jay (guitar), Ryan Danley (guitar), Mike Ferrell (bass), and Josh Lough (drums).  Armada is setting sail August 26th with the launch of its self-released Of An Ocean EP, which will be available on all major platforms.

The 6-track EP navigates a bold, compelling, and ultimately positive course through instrumental, vocal, and lyrical turmoil, never resting easy, and always pushing forward towards a better destination.  Lyrical themes about corporate greed, personal turmoil, and taking chances all ride the stormy sonic waves, but are brightened by the band’s belief in overcoming obstacles, leaving problems in the past, and building a better future.

The resonant issues that surface on the EP are ones that the band members have tackled in their own lives.  “This record is a way for us to use reflections of your past to pave the way for our future, sending a message of strength through real music for real people,” states Vegas.

“Wake Me Up”, which is exclusively premiering here, embodies what Armada is all about, embarking on a personal – and universal – voyage about the cost of drowning in personal problems.  The song veers wildly between aggressively nightmarish verses and dreamier, hopeful chorus sections.

A brief round of rapid-fire guitar distortion and drums starts off the track before heavily cycling with a monstrous, but elastically lurching warp.  Vegas, sounding like he’s at the end of his tether, screams out the words, “I never feel OK!” against grinding jags of guitar and choppy drums and cymbals dynamics.  The anthemic chorus is buoyed by a sustained flow of shining guitar scintillation and smoother drum kicks as Vegas draws out vocals in an arcing trajectory, exclaiming, “Wake me up / I think I slept long enough.”  A quick, but cryptic dialogue clip finishes off the song before it fades out.