Skating and Punching Their Way to Self-Esteem 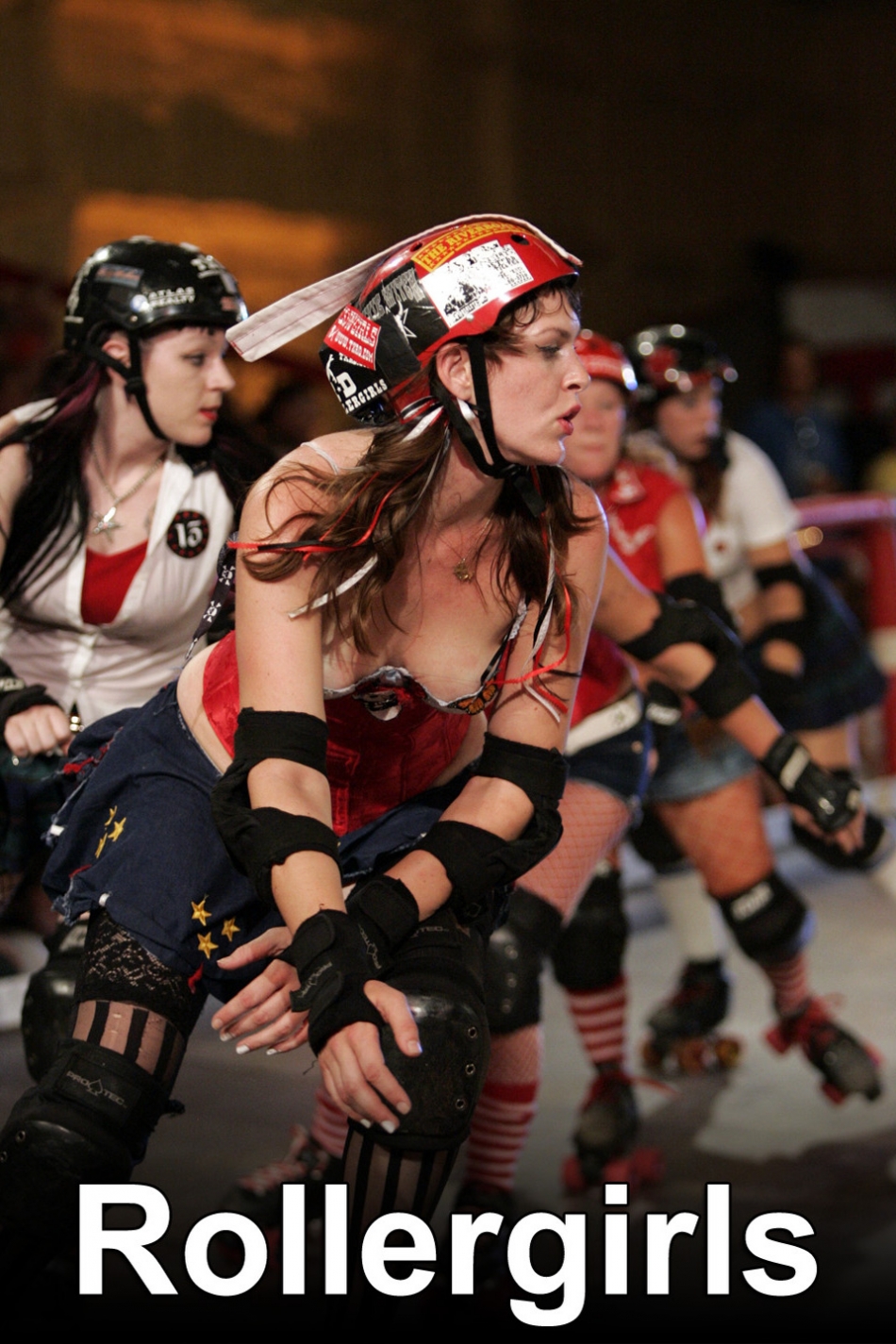 RollerGirls - Skating and Punching Their Way to Self-Esteem

For a while, it seemed as if Roller Derby was a lost art, like illuminated manuscripts or clog dancing. Actually, it's more like polio: many people assume it was eradicated in the 1970's, but it's still around and, in some areas, quite virulent.

"Rollergirls," a documentary-style reality series about Texas Roller Derby that has its premiere tonight on A&E, is proof that the spectacle sport never went away entirely; it just drew less attention. There was a reason interest faded, and "Rollergirls" is also proof of that.

And that could be the one surprise in the series: that women who work as nurses and teachers are somehow most proud of themselves when they put on roller skates, helmets and vinyl corsets and punch the daylights out of one another. As Adam, a gay friend of Punky Bruiser, said to a friend as he watched her practice with her teammates, "It's so trippy that someone would want to do this as a hobby or whatever." Only most of them do not view Roller Derby as a hobby. It is their vocation, and they want to make it a professional sport.

It could be argued that other reality shows devote just as much time and attention to even less worthwhile subjects. The heroines of reality shows like "The Bachelorette" and "The Swan" can't even roller-skate, and millions of viewers tune in to see them make fools of themselves. But those kinds of shows are the opposite of this A&E series. Reality contests take ordinary, identifiable women and pose them in an absurd, artificial fantasy fishbowl. "Rollergirls" is a documentary that takes women who pursue an absurd, artificial fantasy sport and tries to pose them as ordinary, identifiable women.

"Rollergirls" takes heroic steps to go beyond the silliness and try to understand and ennoble players, but the subject is just not worth so much effort.

Roller Derby was a national television rage in the 1950's, and matches filled Madison Square Garden and other arenas as late as the mid-1970's. The basics of the game - rival "jammers" break out of a pack of 10 skaters and sprint around a 100-foot banked track, trying to shove past as many opponents as possible while teammates try to upend rival blockers - were first suggested in the 1930's by Damon Runyon. But these days, players are not so much Runyonesque as Bob Guccione-ish.

The first episode focuses on a rookie, a stolid, fresh-faced young woman who takes the name Venis Envy to join a team called the Putas del Fuego (Whores of Fire). She explains in a voice-over that Roller Derby has always been her dream ("It's what I think about every day"), and she wants her mother to approve of her new pursuit. We watch as she improves her skills and bonds with her teammates. And that mainly involves a lot of drinking - with the occasional stop to toilet-paper another player's house or urinate in a dark alley. These players are all based in Austin, Tex., which is supposed to be Texas's classy town. One can only imagine Rollergirls' Night Out in Fort Worth.

Roller Derby is kitschy, but the players take it and themselves very seriously. The women discuss how much they value their friendships, and they exult in their own physical strength, playfulness and high jinks. But the girl-power thing palls quickly; every clique - water polo players, scrapbook aficionados - thinks its members are really, really fun and special. To outsiders, the Rollergirls on the town mostly look like just another boozy office outing to a Chippendales show.

There are some intriguing snatches of drunken dialogue, however. In a rented limousine on the way to some late-night bars, Lux explains another player's absence by saying, very earnestly, "She had some family issues to deal with, and she also messed up her foot at the Jell-O wrestling."

A&E wants to show a more serious, human side of a clownish sport and does a good job of letting the women speak for themselves. But at the end of the day, it is still Roller Derby. One team, whose players dress up like Roman Catholic schoolgirls in plaid miniskirts and tight white T-shirts, is called the Holy Rollers. "That's like a hot, they'll be all turned on, straight guys," Adam, the other gay friend, told his companion. "The girls wear short skirts and punch each other in the face."