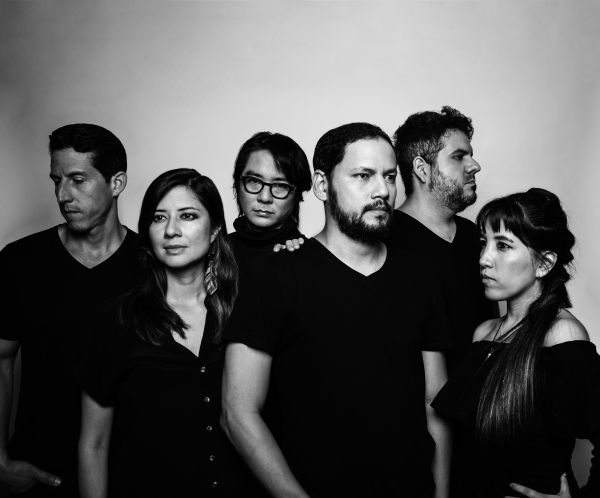 Peruvian indie pop/rock outfit Astronaut Project takes off with an astral thrasher from their upcoming album.

Peruvian alternative pop/rock group Astronaut Project launched in 2015. The independent band has spanned the globe, with their music being aired and reviewed internationally. They’ve also played notable music festivals like Primavera Sound (in Barcelona) in 2017, and toured Mexico, Argentina, and Uruguay.

Astronaut Project are continuing to expand with the release of Panspermia, their 3rd album, on July 2nd, a date that coincides with a solar eclipse that will be able to be seen in several Latin American countries.

Rebel Noise is psyched to host the premiere of “Adicción”, an astral thrasher from Panspermia that otherwise orbits in the dreamier pop and electronic territories. The LP title refers to the hypothesis that life on Earth is of extraterrestrial origin.

Alberto Zegarra, the leader of the band (who also recorded, mixed, and produced Panspermia), reveals that “Adicción” is, “about being addicted to power and believing that you are immortal, but in the end everything turns against you to cause your own self-destruction.”

The propulsive track is bookended by spoken words – the first, a “message” from the alien race telling humanity that they have to evacuate the Earth; the second, a news clip about the religious cult Heaven’s Gate who committed mass suicide in the belief that their spirits would join a supposed spaceship that was traveling behind the Hale-Bopp comet in 1997.