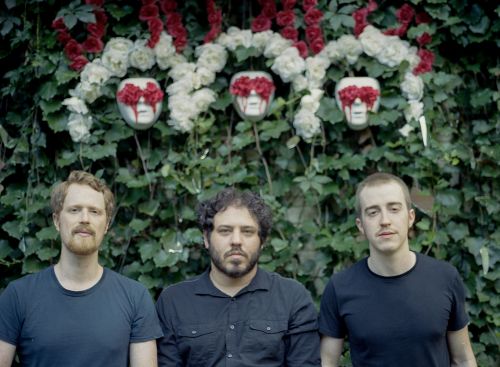 Atlanta, Georgia-located alternative rock ‘n’ roll band Twin Criminal will be self-releasing their debut album, Backsliding, in January 2019. The LP follows up the Nones EP from 2016.

Backsliding was recorded at Anthony Nolan’s studio in Atlanta and its six songs range from modern alt-rock to metal. At once complex and tuneful, each number is changeable in meter and mood, not settling into a too-familiar groove.

Instead the LP’s ride is wild and exploratory with intricate, quicksilver rhythms led by jazz drummer Danny Paschall who has performed and toured with Ike Willis of Frank Zappa fame and Col. Bruce Hampton.

Twin Criminals was founded by Trevor Flanders (guitar, vocals) and Daniel Friedman (bass, vocals) after the break-up of their previous band Cloudeater. Their sound is influenced by guitar-driven bands, from the spiky Stooges to the swirling Smashing Pumpkins.

Rebel Noise is extremely pleased to host the premiere of the intense and heavy “My Words Breed Unwanted Children”, a compelling, Queens Of The stone Age-like track off of Backsliding.

Channeling the best of desert and psych-rock, this tune cruises with a weighty force, segueing from a staccato pace to rolling flow with assured ease; at times a lumbering behemoth and at others, swiftly flying down the highway.

The vocals are passionate, but worn down at the edges, roughened by regret and roaming the open road. The singer ruefully admits, “I know I’m comin’ in fast at the wrong time.” amid the sharply slicing guitar riffs, growling bass line, and mighty drum beats.

The end half of the track builds up to a massive and searing conflagration, filled with choppy and jagged slabs of guitars, fast-smashed cymbals, and whipped up drum strikes.