Song Premiere: “So Few Have So Much” by Charlie Nieland 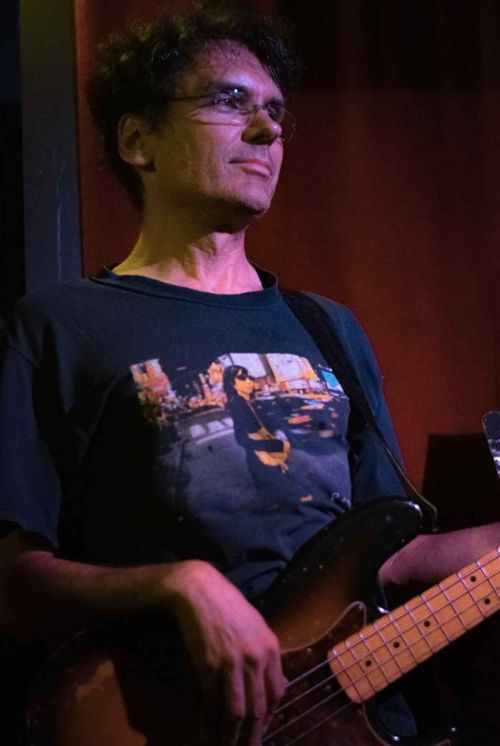 New York City-located music producer and independent musician Charlie Nieland ushers in the holidays with “So Few Have So Much,” a thoughtful and socially-conscious song that foreshadows his upcoming album, Divisions.

Neiland brings a message of hope and a vision for a better future that in contingent on our society aiming for good goals that help everyone out and not just a few lucky ones.

Rebel Noise is pleased to host the premiere of “So Few Have So Much” today. The song gently drives by with an emphatic drum kick, pushing bass line, jangly guitar chime, and Nieland’s wistful vocal delivery.

Nieland’s previous single comes with an accompanying video that was created by Brooklyn-based video director/multi-media artist Hypnodoll. The clip is a beautifully layered glimpse at what’s behind the illusion of division in this critical moment in society.

“This video was inspired by our connective energy here on earth and now the deceptions of our divisions keep us from seeing that we are all one,” comments Hypnodoll.

Nieland is renowned for tastefully blending post-punk, dreampop, and progressive rock with sweeping melodies and restless rhythms. He’s writing, playing, and producing music for decades, with a focus on the atmospheric and the imaginative.

Nieland played power dreampop with the band Her Vanished Grace for over 20 years before establishing himself as a solo artist with a mix of nuanced songwriting and sonic exploration. He is currently half of the literature-inspired songwriting and performing duo Lusterlit with Susan Hwang.

Over the years, Nieland has written and produced material with such notable artists as Debbie Harry/Blondie, Rufus Wainwright, Dead Leaf Echo, and Scissor Sisters. He scored the feature film The Safety of Objects (starring Glenn Close and featuring a young Kristen Stewart), the pilot episode of The L Word on Showtime and the VH-1 documentary NY77: The Coolest Year in Hell.

Nieland was awarded a Gold record (UK) for his production work on Blondie's Greatest Hits Sight & Sound and achieved a Top 10 Billboard Dance Chart Position with Debbie Harry's single “Two Times Blue,” which he co-wrote and produced.
“After reading The Hidden Life Of Trees by Peter Wohlleben, Divisions presented itself to me. It felt deeply tribal, with the urgency of the sound of things dissolving at the moment of collapse. “Twisting on the brink of what’s to happen”. Producing the track was thrilling, creating the build from the spacious Intro to a crushing wave of sound. Brian Geltner’s primal drums drive the song home,” Nieland reveals.

“I participate in and co-produce an international performance series called Bushwick Book Club, where we write songs inspired by books every month. While my songs reflect aspects of each book, they connect with all kinds of things that pollinate each writing experience, creating layers of meaning. The themes of transcendence and the illusion of separateness emerged over the past year or so and, combined with a desire to revisit all the musical threads that have woven together in my life, snowballed into a thirst to see these songs come to life as widescreen musical productions.”

The “Divisions” single is available now at Bandcamp: https://charlienieland.bandcamp.com/album/divisions.

The full album by the same name will be released in early 2021.

Charlie Nieland Music · So Few Have So Much

The new video for “Divisions”: