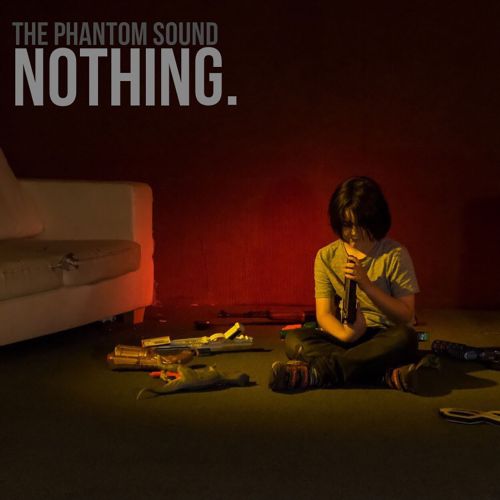 “Nothing.” by The Phantom Sound – Cover Art Credit: Ashley Jones of Chaos Engineers

London, England-residing (by way of Los Angeles, California) Marisa Schlussel is the artist at the core of music project The Phantom Sound.  She established herself in 2013 as a singer-songwriter creating and performing heartfelt and powerful songs that incorporate her influences of late-‘70s/early-‘80s punk and New Wave into a modern rock template.

Schlussel now releases a searingly potent and thought-provokingly relevant video about gun violence for her recent single “Nothing.”. The track was produced, engineered, and mixed by Ken Stringfellow (The Posies, R.E.M.) and features drums by Dale Crover of The Melvins.  The riveting video was directed and edited by Ashley Jones of Chaos Engineers.

“Nothing.” is part of a series of songs that Schlussel has written and is working on with Ken Stringfellow, who also plays guitar, keyboard/piano, and bass on them.  She plans to release several more tracks (with videos), some of which also feature Brian Viglione from The Dresden Dolls.

The video for “Nothing.” is a scathing indictment of the toll of unchecked gun violence in the U.S. and the indiscriminant killing of innocents, including children.  Schlussel states, “I wrote this song right after the Pulse Nightclub shooting. I was fed up with all the gun violence happening in America and felt helpless to do anything about it. The song was with me for a year and half or more before where it finally got to the point where I made this video and put it out. I somehow hoped or thought it might not be necessary after that shooting; but boy, was I wrong. There were many different avenues we could've taken to tell the story, but we decided to go with gun violence and children and how there are many accidental shootings in America by kids either killing themselves by accident or killing a parent, not knowing the gun is loaded or even a weapon. We purposely wanted to make something that would make people think, perhaps even shock people a bit. I don't know what I can do as an independent artist, but maybe someone will see it, share it, and will get people thinking about the ugly reality of guns. They kill, and that's really all they do.”