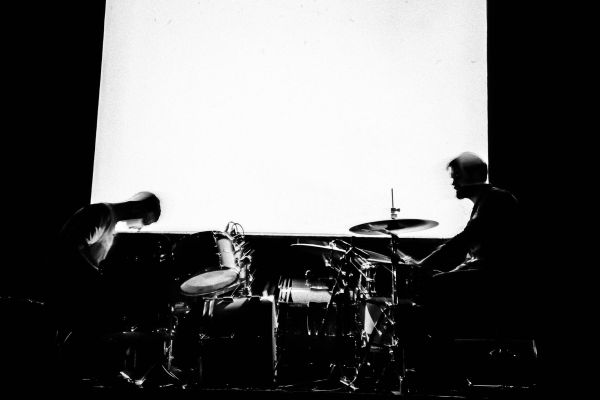 French drummers Anthony Laguerre and Jean-Michel Pires drop an improvised video for a track off their upcoming tribal, noisy, and powerful debut LP.

French drummers Anthony Laguerre and Jean-Michel Pires will release their debut album, the tribal, noisy, and psychedelic 5 under the name of Club Cactus on October 12th via Beg Rose Records.

Laguerre and Pires believe in stripping away the unessential and bombastic in music to reveal the raw core of power and rhythm that drums bring to the art form. On stage they drum face-to-face with high energy and incorporate visuals and vocals into their performances.

You can preorder 5 at Bandcamp

"Une Cigarette" is a separate piece on the album. It's actually the only song that is improvised.

For this music video, which Rebel Noise premieres here, the band decided to keep the same approach: A fixed shot, (by director Vincent Tournaud), and dancer/choreographer Marie Cambois (who puts her voice on the piece), improvising while listening to the song.

Club Cactus tried to recreate the potent tension that activates improvisation; raw is actually the more precise word to describe this track, as well as their desire to put this feeling it into images.