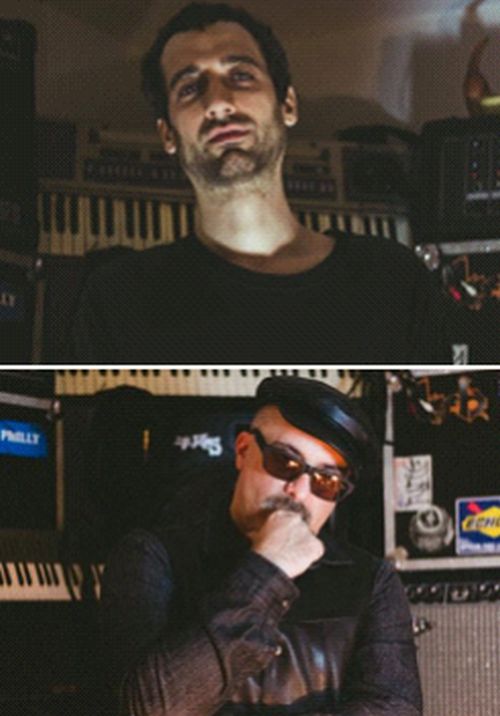 Gothic grunge act Worst Ones have emerged from the shadowy side streets of Philadelphia as the new iteration of a previous band, blasting full force with thundering rhythms, rock-hard riffs, and scathing fury.  Rebel Noise has the premiere of the raw and riveting noise rocker “Human Hair” from their recent EP is it worth it?.

Now a duo comprised of band co-founder Drew Ew (guitarist, vocalist) and latest recruit Steve-o (bassist), they continue to merge loud rock ‘n’ roll and dark electronic music into the powerful shape of Worst Ones.  Dynamically blended aggressive sonics, rhythmically pummeled drumming, and intense vocals all mark is it worth it?.

Drew Ew and Melinda Norbeck (drummer, backing vocalist), who co-founded the original version of the band, set it all off several years ago with a rotating line-up of bass players. More recently they released a run of four separate digital singles that were then compiled in 2017 by Black Monk Records.

They returned to the studio at the end of 2017 with Steve-o on board, working as they had done before, with Dan Kishbaugh (Vektor, An Albatross, Die Choking). After the recording of is it worth it?, Melinda is no longer part of the band. The single “Sink Teeth”, which is not on the new EP, was released in April and was featured on the Doomed and Stoned in Philadelphia compilation.

Worst Ones now gnash and thrash through the hairy, scary, and incendiary “Human Hair”.  Drew reveals some details about the song’s origin, explaining, ““Human Hair” is actually one of the first songs I ever wrote over ten years ago for a band I was doing with Sean from Creepoid that was called Human Hair. If you live in the hood, you see signs that say "Human hair for sale" and it's really funny and weird if you don't know exactly what they mean… It's one of our only songs we do in a weird time signature. We don't really know what it is, so we call it the Worst Ones beat.”