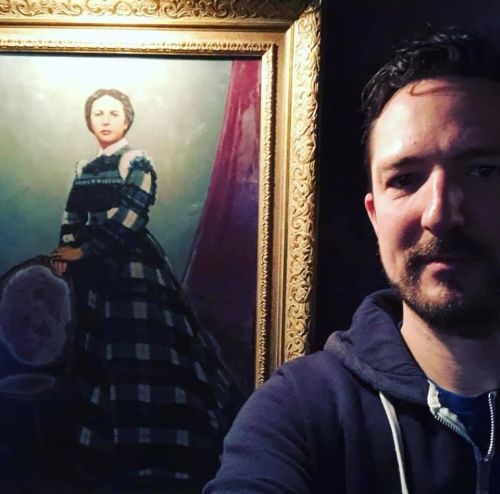 A rundown of the latest selected music news in the rock, punk, hardcore, and more realms.

Acclaimed U.K.-based punk singer-songwriter Frank Turner returns with a new album titled No Man’s Land and an accompanying podcast called Tales from No Man’s Land. Official info: “I’m very excited to announce my new album… and… podcast series… Thirteen episodes and tracks about real historical women… including one about my mum! Exploring and celebrating fascinating stories.”

Listen to “Sister Rosetta”, about gospel and jazz artist Sister Rosetta Tharpe who was considered to be the inspiration for many early rock ‘n’ roll legends:

No Man’s Land is available for Pre-Order now: https://frankturner.lnk.to/NoMansLandUM?vvsa_consumer_id=15134500&vvsa_tracking=_vvsa_42D1WNlc309249

Subcribe to the podcast: https://frankturner.lnk.to/NMLSubscribeUM?vvsa_consumer_id=15134500&vvsa_tracking=_vvsa_gLLA2ydV309250

HR, the frontman of iconic punk band Bad Brains, is releasing a new solo album, Give Thanks, on October 18th va Hardline Entertainment. Official info: “Paul “HR” Hudson is best known as the front man of the iconic punk band Bad Brains, formed in 1979. With unprecedented speed and precision, Bad Brains took the Washington, DC music scene by storm and quickly became the most influential band in American punk history, breaking down cultural barriers and creating emotionally charged music centered on the message of maintaining a positive mental attitude (PMA)…”

“Early in his career, HR became interested in reggae and the Rastafarian movement. These pursuits transformed him, and he began to focus more on the spiritual nature of reggae rather than the fast lifestyle of the punk scene… HR's music speaks to the youth of today encouraging them to practice gratitude, to never give up on their dreams, and to live in unity.”

Bold and relevant U.K.-Austrian post-hardcore band Petrol Girls fight for women’s rights on their latest album Cut & Stich, which was unleashed in late May via Hassle Records. The feminist band tackles the important issues that face women and non-binary people these days. Official info: “Since forming six years ago in London (and now based in Graz, Austria), Petrol Girls has evolved both its furious punk sound and its ideology as a way to explore beyond the boundaries of post-hardcore… and extend feminism to every part of our lives. [They carry on] …punk's core messages: Call out injustice, make sure everyone has a good time.”

A new album titled Winter Heart, Summer Skin arrived from Reunions on June 21st. The San Francisco-based punk rock/emo band delivers dynamic music and heartfelt emotion on the LP that was recorded over the course of almost two years. It was a labor of love that culminated in this release that blends bristling melodic punk, sincere emo, and rousing American rock into a must-listen experience:

Indianapolis-based melodic metalcore band ExitWounds dropped a new single and accompanying video for “Divide” on July 5th via Sharptone Records. Heavy riffs and vocals abound on the aggressive, yet at times catchy, track. The video takes on an urban legend; that of Edward Mordrake. He was known as the man with two faces. Per the official info, the story goes like this: “[Mordrake was] A young, intelligent, and good-looking English nobleman who had everything one could ask for from life. With all these great blessings, however, came a terrible curse. In addition to his… normal face, Mordake possessed a terrifying disfigurement: another face on the back of his head. Mordrake was constantly plagued by his “devil twin,” which kept him up all night… According to the legend, the face muttering things in his ear constantly drove Mordrake insane and he committed suicide at the age of 23.”

San Diego-based alt-rock project Sluka has dropped a rousing and inclusive performance and behind-the-scenes video for “Ready To Connect” – and has tacked on a lengthy documentary/chronicle after the music vid that goes into the band’s world and the journey they’ve been on for the past year.

Singer-songwriter and multi-instrumentalist Christopher Sluka is at the heart of the act, which also includes Lis Viega (drums, vocals), Alexandra Holt (street can, theremin, vocals, and Anna Eppink (bass, vocals). Sluka has been creating music since the 1980s, with his debut album, Emotional Battlefield, reaching the ripe age of 30 years old this year.

THE RETURN OF PUNK HEROES AND PUNK VILLAINS!