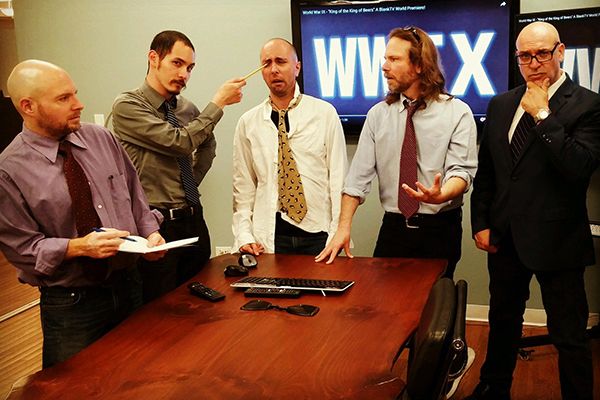 The punk rock band delivers an explosively entertaining video about the, ahem…, joys of Mondays at the office.

Who would’ve thought that being stuck in a cubicle on a Monday could be so much, ummm, fun instead of drudgery?  When World War IX is around, there’s always a party, even on the dreaded first day of the week!

The Brookyln-based punk rock band serves up a heaping helping of snarky entertainment on its latest video for “Thank God It’s Monday”, a follow-up to previous funtastic vid “Have You Seen My Drugs?”.

The band member’s lyrics and attitude are full of vividly cheerful, tongue-in-cheek cynicism, even when they’re riffing energetically through their blistering, but tuneful punk rock music.

The video for “Thank God It’s Monday”, directed by Johnny Celentano, is comprised of brief, hilarious sketches set in the office environment, which was originally created as a comic book written by guitarist Justin Melkmann.  The video goes out to all the hard-working office drones who just want to rock out on a Monday – and every day of the week.