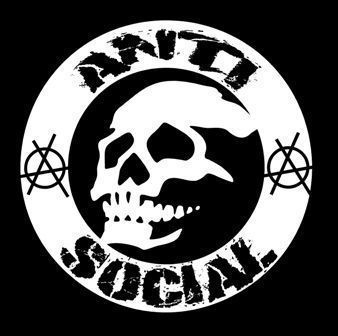 Anti-Social started playing early 80's garage punk back in 1986 in Montebello, Ca. Anti-Social was formed by Manny on Guitar and Charlie on Bass and vocals whom later was joined by Gabriel on Drums. Anti-Social played several back yard parties in San Gabriel Valley, and in East L.A. with great bands such as The Offspring, The Vandals, MDC, Insted, Joy-Ride (members of ADOLESCENTS), Flower Leaopards, Union (now Union 13), Non Tolerance, X-O Toxins, No one's Allie, The Black Jacks, Copulation L.A., Reason To Believe, Misguided, and many more. Anti-Social made several demos that were released and sold at Roadhouse Records of Montebello. Anti-Social garnered a pretty sizable following until the demise in 1994. In 1999 Anti-Social re-united for a one time show at an undisclosed location for close friends and family. Now the year is 2004 and Anti-Social is back. Anti-Social has recruited Tim as their new drummer. Tim has done a great job learning old and new material. Currently two members are living in Southern California as the other resides in Northern California. Anti-Social always gives a performance that you will not forget. We look forward in ripping up the punk scene again, so look for Anti-Social at a venue near you. Wow 2005 is here and Anti-Social has played some great shows, it is good to be back. Anti-Social is stronger than ever, and will be in your town soon, so be on the look out…......