My Best Friend Puked: An Interview With Blue Collar Special 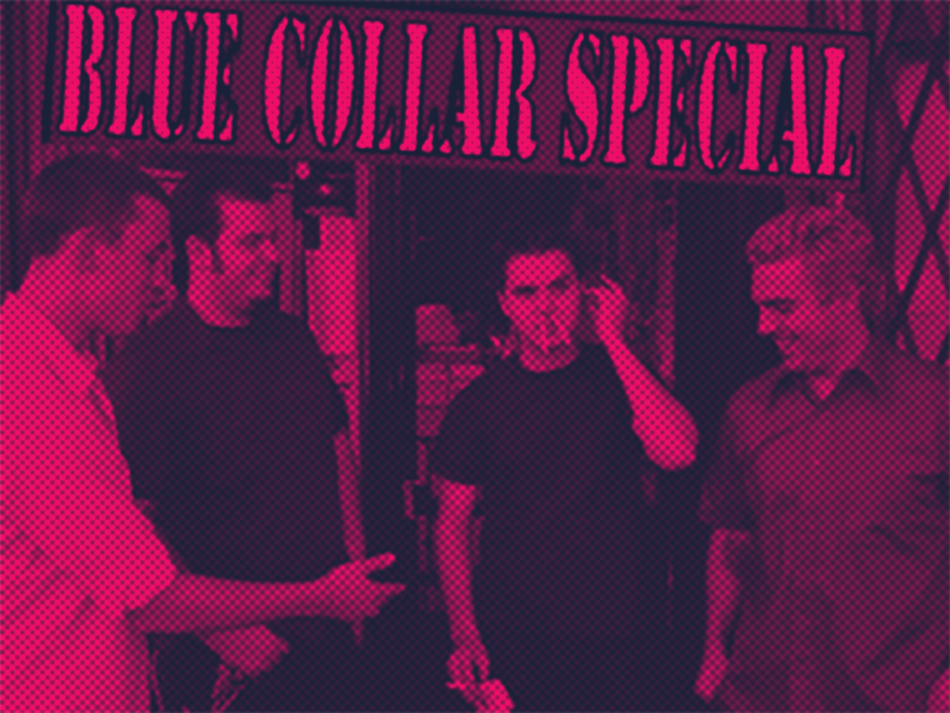 If you grow up in the San Fernando Valley, it definitely helps if you can develop these two things: a down-to-earth attitude and a self-deprecating sense of humor.  I should know.  I have lived in the SFV for most of my life.  And so have Johnny, Jan, Joey, and Rafe, who are better known as Blue Collar Special.

It is seven o’clock on a Wednesday night as I sit in the office at Destroy All Music, talking to the band.  Blue Collar’s Rafe owns Destroy, which is located on Sunset Boulevard in Silverlake.  Rafe may be from the Valley, but he knows where to run a punk rock record store.

“Rafe, you sing about being from the Valley on a song called ‘Socially Dependent,’” I say to him, starting the interview.  “Is everyone in Blue Collar Special from the SFV?”

“And where do you live now?” Rafe asks Joey, knowing that Studio City is only blocks away from Sherman Oaks.

“We’re proud of the Valley,” Johnny says quietly and seriously.

“And do any of those shows stand out as being among your best?”  I ask the band.

“Yeah, there is one,” Johnny answers, this time without Rafe and Joey’s help.  “I really enjoyed when we played on St. Patrick’s Day with Flogging Molly at the Troubadour.  Flogging Molly is one of my favorite bands.”

“We played a good show, yeah,” Rafe says, now speaking for both Johnny and Joey.  “We didn’t mess up at all, and none of our instruments went out or anything.  I didn’t have to do ‘The Blue Collar Comedy Hour.’”

“It was a really fun night,” Johnny continues, picking up for Rafe.  “We all just got loaded and hung out with Flogging Molly.”

“I guess it’s good when Rafe does not have to do ‘The Blue Collar Comedy Hour,’” I say to Rafe and the band before ending the interview.  “But Rafe can be really funny, especially when things onstage are not going exactly as planned.  Hey Rafe, do you have anything to say about that?” 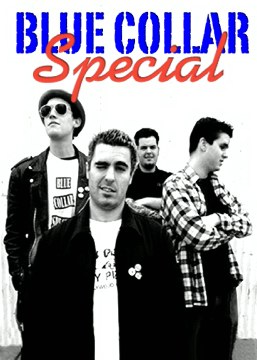 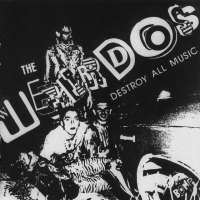