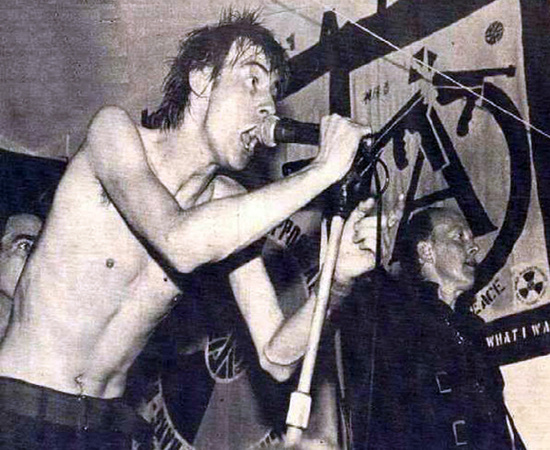 Steve Ignorant was one of the original founding members of the English punk band CRASS, alongside a slew of people including Penny Rimbaud, Joy De Vivre, GeSus , Eve Libertine, and more. Through their music, the band was an active force of radical politics and positive movement putting out the bulk of their catalogue during the years 1977 - 1984. CRASS officially disbanded in 1984.  In 1996, Steve Ignorant became involved as singer in the band Stratford Mercenaries, which included members of the Buzzcocks and DIRT.  They were known to perform at least a couple CRASS numbers when they played.

This interview was conducted during the summer of 1998 by me and my friend, Matt Vaccaro.  It was originally slated for release in issue #4 of my zine called Systematic Death.  I don’t know if we realized at the time how cool it was getting to interview the very influence to the title of my zine, not to mention getting to interview one of the most important contributors to the punk rock scene ever. This was huge for me.  I was only eighteen years old and already I was interviewing my heroes!  Sadly this interview was never published for reasons I don’t quite understand in my present condition, and it stayed buried for 15 years!  I do not know why we never made it to releasing issue number four.  Time has taken care of all of that, but I still think that the interview should be put out there.  It is still sort of relevant and also stands as a time capsule for all that has come after.

Back in 1998, I was a pretty active participant in the punk scene.  I was co-front man of a band called the Waifs (Matt played bass) and we were playing around the local venues.  Immediately after high school was over, Matt’s parents let me move in to the band's rehearsal space in the back of their house in Pasadena. I was interviewing bands, reviewing shows, promoting shows, and putting together a collection of original writing material from my friends and my own stuff for the zine Systematic Death---- Oh, I remember.  I had to start college in the fall at Cal Poly Pomona and somehow this just completely dislodged and alienated me from everything I was trying to do out of my home base in Pasadena.  Not having any way to be mobile all the way out in Pomona disrupted my creative rhythm.  Somehow I never got back to that place of writing and managing a small zine, except on the level of putting out small collections of my own poetry and writing in small printings. So I guess this is my way of getting back into the game of writing what I see, interviewing interesting people, having  journalistic intentions all aimed at making documentary films in the end, and capturing the moment.

Most recently, Steve Ignorant was back in L.A in April 2011 with a band that was supposed to represent what CRASS meant to Steve.  However, no other original members were included except for Steve, but the band performed CRASS material and they called it The Last Supper tour.  It happened all over the world from 2007 on. Flash backward to 1998 and here we go to the original interview…..

Okay. This was just luck that we ended up getting to interview Steve Ignorant from Crass after all.  He was down in the ghetto heart of L.A on tour with the Stratford Mercenaries.  They just played the premier hardcore punk venue of the moment, the Bollocks Club, with U.X.A.  We met Steve before the gig, and he agreed to do the interview.  However, during their smashing set he was injured badly by some punks onstage.  They sort of smothered him and he was knocked unconscious.  Sometime after he was revived and resting, Matt timidly approached him asking “Do you still want to do the interview?”  Steve told him “Go away"- But we hung around long enough and he changed his mind.  So now it’s about 1:15 in the morning and U.X.A just finished their set.  Some people are still standing around talking to Stratford, and some punks are looking for rides home from south central.  Out of the blue, Steve walked up to us and says “Are you the two guys that wanted to do the interview?” ………

Gabe:  All right. So, first question. Other than playing with Stratford, what are you doing now?

Steve:  I’m working with blind people, in the sense of just being with them, learning about them.  One of them is a pianist, so he’s helping me to play piano.  So it’s like a two-way thing.

Gabe:  What were some of your early influences when you were playing with CRASS?

Gabe:  Can you tell us something significant about your childhood?  Something that made you pursue the kind of life you wanted?

Steve:  Yeah.  I think I saw the mistakes my brother and sister made and decided I didn’t want to go that route.  I didn’t want to end up just a husband on a dreadful project, or a housewife on a dreadful project.  I wanted to see the world and meet people.  Every day you’ve got to learn that by giving, even if it feels like it’s not worth it, sometimes it’s still worth going for.

Gabe: In some of your songs like “Mother Love” from Christ the Album, it seems like you are talking about either your childhood, or birth and childhood in general.

Steve: A bit of both really.  I mean my childhood wasn’t as bad as some people’s, but some of it was pretty rough.  You know, a lot of it I even hated.  Music was a way of getting it out and I’m sure a lot of other people feel the same way.  So you know what it’s like when you’re a kid.  You can’t- you know something’s wrong, but you’re so young.  You can’t rationalize it.  You don’t know what it is.  You don’t know what happened.  It starts when you’re older.  Then you think that’s why I’m fucked up, and that’s why I’ve been acting like this for 12 years. That’s why I have been hitting people.

Gabe: Do you have a most memorable gig?

Gabe: What is the most pig-headed thing you’ve ever heard anybody say to you?

Steve: “You must apologize.” And I said ‘Why must I apologize?’ and the person said to me “That is for you to work out.”

We are stopped momentarily so that Steve can autograph a 7” for someone and no one can find a pen that works. They have all ran out of ink!  okay on with the interview.

Gabe: Any kind of CRASS reunion, you think?

Steve: Uh, yeah.  In seven day’s time go home, be with my girlfriend, and just have a bath and a massage, some toast, a bit of TV, bit of love making- yeah that’d be nice.  A walk in the forest, yeah and tell her I love her.

At this point we were out of questions and didn’t know what to say. So we wrapped it up, shook hands, and if I would have thought of it at the time, I would have had someone take a picture of the three of us.  Oh well, maybe next time.

Steve: Great, sounds good to me.

Steve: Let’s get the hell out of this town. 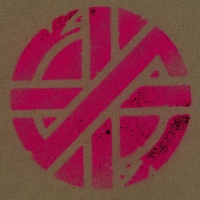 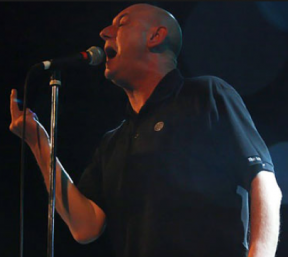 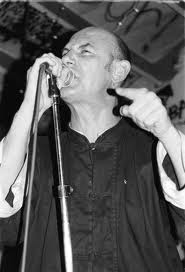 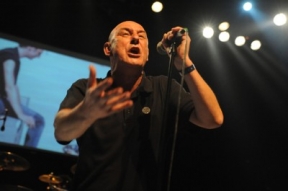 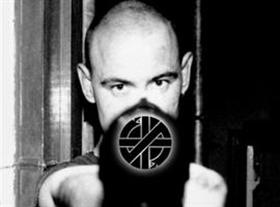 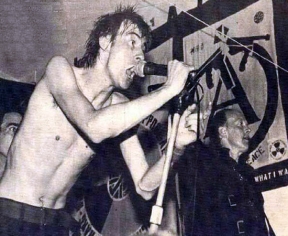