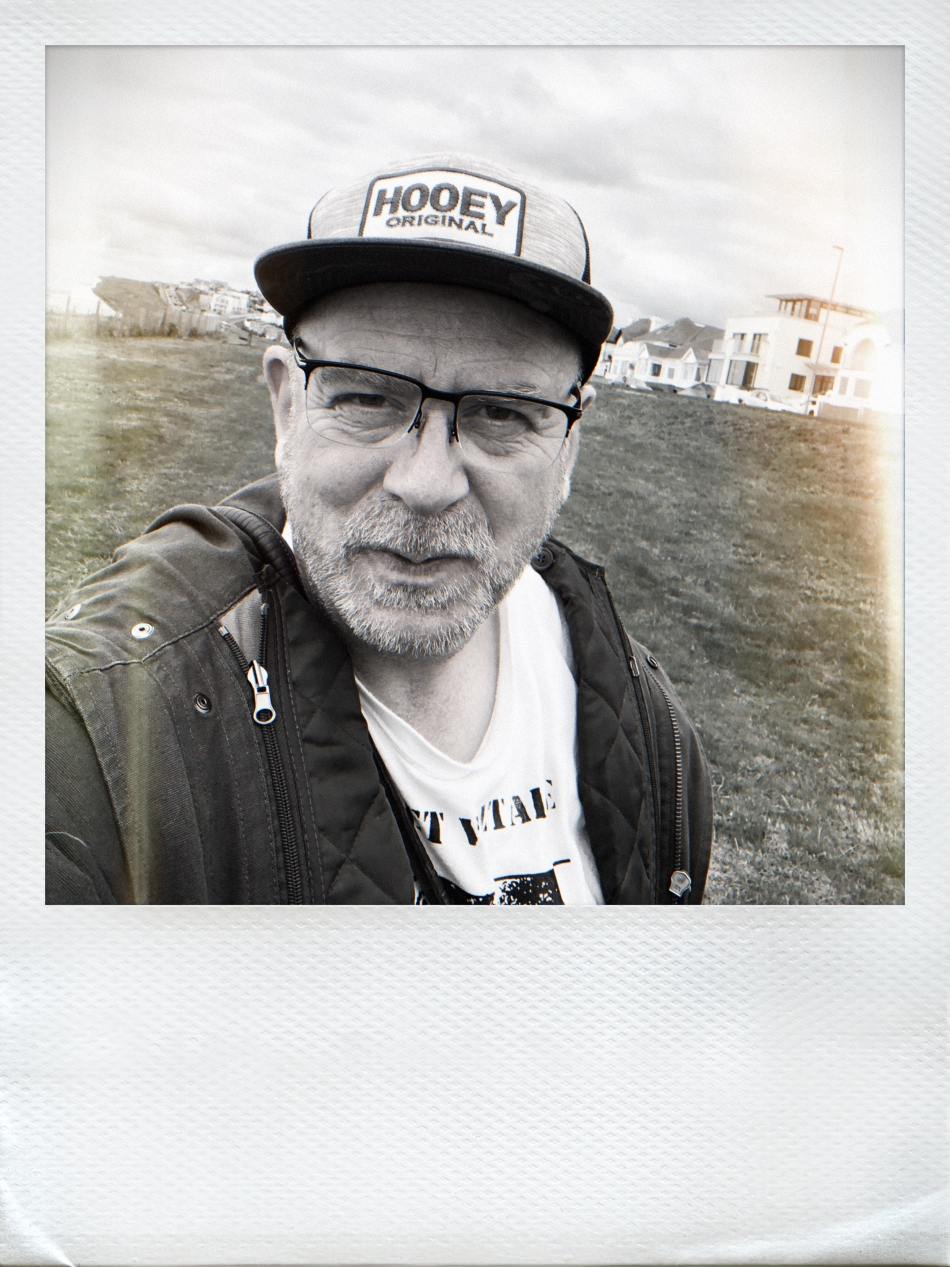 Residing just outside the seaside resort of Brighton, England, Simon Raymonde begins his mornings turning off his phone and taking in a lengthy two hour walk with his dog along the coast. For someone who consistently keeps his hands busy with a multitude of projects, his ritual of starting the day outside void of screen time and emails must count for something. “I feel a lot saner”, he states. Recognized as the bass guitarist and keyboardist for Cocteau Twins, Raymonde has since started his own independent record label under the moniker Bella Union as well as an immensely collaborative arrangement with drummer Richard Thomas (of Dif Juz and The Jesus and Mary Chain) for Lost Horizons, his sophomore double album In Quiet Moments slated for release this Friday.

Garnering experience in the music industry since the late 70’s, Raymonde has since retained an admirable global roster in Bella Union including acts like Explosions in the Sky, Beach House, Mercury Rev and The Flaming Lips since the label’s inception in 1997. Framed from a familial outlook, Bella Union’s mission reconciles the common friction of business and personal ties, placing utmost importance on empathy and respect for each of his artists, some of which his relationships have persevered for more than twenty years. “I always look at the artist’s perspective first because I think that’s the most important one”, states Raymonde. “In a way, Bella Union is all about the artist. Our role is perfunctory, I think. It’s trying to facilitate their growth, their development, and if we happen to get to sell a few records along the way, then all well and good.” Raymonde has seen more than his fair share of financial and personal hurdles in the industry, including stresses upon leaving 4AD to sign with major label Universal and near bankruptcy, and has since learned the fine art of maintaining a calm balance along his journey, continually remembering to keep the big picture at the forefront. “I don’t get very excited when something good happens to the point where it swamps my other feelings, and I don’t get too depressed when something bad happens. I’ve learned that some days the phone is going to ring and some manager is going to be shouting and giving you a hard time about something. But to get in a freak-out about it is daft. Because it always passes […] it’s never good to go up when you’re up and down when you’re down. It’s best to try and stay relatively even.”

Receiving The Vibrators’ bass from his brother for his 14th birthday and swiftly learning the entirety of Never Mind the Bollocks in the span of 24 hours, Raymonde’s penchant for music and experimenting with sound has always been an inextricable part of his being. After a 20 year hiatus from playing music since the Cocteau Twins’ breakup in 1996, the lack of emotional grieving concerning the trio’s split eventually caught up with him. “I was just helping bands and doing things and keeping super busy [with Bella Union]”, he recalls. “When we got to the 20th anniversary I suddenly started getting excited about planning some events, [but] I was not happy. I should have been happy, like, 20 years, that’s a really big deal, you know? Once I worked out that like, ‘dude, you’re not making music anymore, you’re a musician! What’s the matter with you?’, I called Richard up and I said, ‘hey man, I know we haven’t spoken in a while, but do you fancy going in the studio and just messing about?’”, recognizing that Thomas was also in a similar boat in terms of a lull in crafting music. After four nights of improvising in Raymonde’s home studio together, their musical spontaneity led to sending composed tracks to various vocalists with the intention to lend their lyrics and voices to fully flesh out the record.

The massive collaboration of participants spanning from a multitude of genres and eras has opened doors to other guest musicians from the post punk sounds of Porridge Radio, legendary soul singer Ural Thomas and lush, atmospheric poetry from Marissa Nadler to engage in complementing pieces of completed music that they might not otherwise have thought about working with before. “It is quite unusual, to be presented with a pretty much finished piece of music […], a structured song prepared and ready for you and all you have to do is find a melody and some lyrics and stick it on the top”, mentions Raymonde. “It’s a weird way to work, especially for a lot of people. For me it’s completely normal; that’s exactly how the Cocteau Twins worked […] it’s always how I’ve worked. It’s always music first, vocals later.” Emphasizing an innate intuition and letting go of one’s thinking, rationalizing mind is what his project aims to channel, similar to playing a character or slipping into another person’s shoes for a brief moment instead of trying to logically break down the composition or putting unnecessary restraints on creativity. “Music is really easy to overthink and that’s a dangerous road to go down”, he reminds us. “Let other people do that". Featuring 16 tracks each with their own distinct music video, In Quiet Moments’ approach towards the public press has turned the usual trajectory of a two or three month promotional period on its head. Releasing half of the double album digitally in early December and the final half on February 26th has allowed the record greater longevity for his listeners as well as a deeper understanding of the synergetic efforts and processes it took to make a record like this come together.

Considering the downfalls of the music industry once COVID hit roughly this time last year, the cancellation of SXSW in Austin caused Raymonde to break his lengthy 21 years in attendance. Prior to the festival, he and his wife were in Italy where vast numbers of positive cases started to rise exponentially and the two experienced severe illness that matched the signs of the corona virus. After a multi-month recovery of lingering symptoms, they have since been in good health. “I’m usually sick as a pig in winter!”, Raymonde exclaims. “I almost always get a cough or cold or some stupid thing, but I’ve been completely fine. I wonder if my antibodies just built up during that period, I don’t know. Touch wood, I’ll hopefully be well for a while longer.”

Unfortunately for many of his Bella Union artists, travels were abruptly re-routed and touring plans collapsed, postponed to indefinite dates in the future. “The experience was spoiled for so many people”, laments Raymonde. “I know how exciting it is to get your first vinyl in your hands and go and play your first show at Rough Trade, or go and play your first headline show in London or wherever it is. For everyone we work with it’s been horrible, but for me personally I’ve been okay because I just happen to be making a record during this time.” Many touring and album release plans that were thwarted due to COVID in 2020 are being rescheduled for the fall which remains somewhat precarious in terms of actual feasibility based on demand in such a specific and brief timeframe. “I’m expecting all the bigger artists in the next year are all going to say, ‘here’s my record, I just finished it! Can we put it out next week?’ ‘No’, is the simple answer to that”, Raymonde laughs. “It just takes so long to make a record, production timelines have gone crazy because of COVID”, stating that many of the pressing plants are running behind schedule and waiting over half a year is a realistic time span from when masters are finished to when the record will be available for sale in shops.

While we all wait for the return of live music and touring in the interim, Raymonde reminds us to stay engaged and proactive rather than giving in to idleness. “Be creative. At least for a couple hours every day, do something — take some photos, make a little clip of something on your phone […] If we get another virus next year that’s worse than this one and we have to return to doing this all over again, you’ll regret not having stuff backed up. Just build up a catalogue and you’ll always find use for it”. For someone who has faced countless adversities and admirably continues to persevere through the decades, Raymonde instills the unwavering notion that innovation and passion undoubtably lay the foundation for a successful artistic path.

You can purchase In Quiet Moments here ahead of its Friday, February 26th release date. For those residing closer to London, you can also purchase tickets for Lost Horizons’ October 19th show at Scala here.