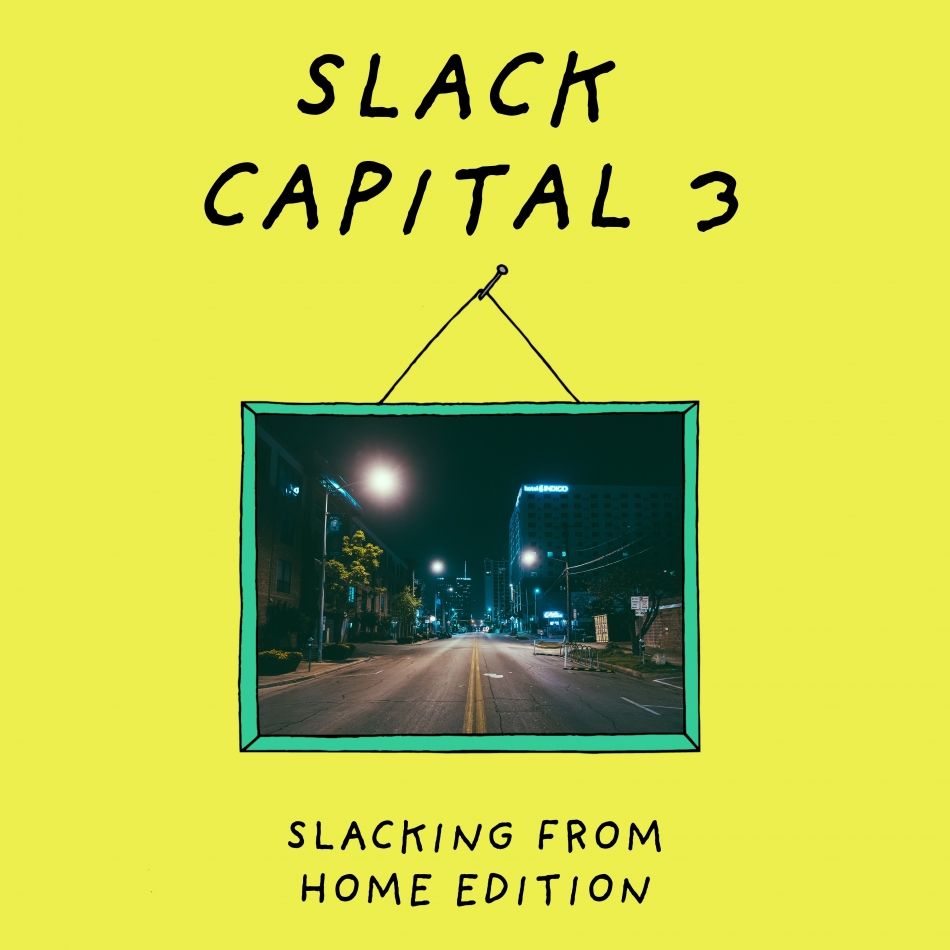 The labor and intention behind a cohesive compilation is not something to be taken lightly. Initiated in 2016 by Eric Braden (First Human Records, Big Bill) and Nathan Lankford (Austin Town Hall Records), they have released their third installment, Slack Capital 3, in conjunction with booking and promoting collective Howdy Gals on Bandcamp for Juneteenth. Comprised of 41 songs from an eclectic range of Austin acts in terms of genre, gender, race and and identity, the diverse compilation showcases new, unreleased and rare tracks that seamlessly transition into one another while breaking down the boundaries of micro-scenes. “I think over time we've realized that in trying to compile a scene, you are in a way like a historian documenting a period in time,” states Braden. “There's a huge responsibility to make sure you're representing the full spectrum of voices, of lived experiences-- otherwise it truly is a lie to say that it represents any kind of scene, imaginary or not. It's been a hugely rewarding experience to dive deeper into Austin music, seeing new artists come along and doing great things in genres that used to not get as much attention, and of coming to more fully appreciate artists that I hadn't taken the time to appreciate before.”

The collaboration came to fruition in the midst of quarantine, a signifier for an uptick of unemployment within the music industry compiled with an innate energy towards dismantling the structures of society as we once knew them. Many attempted to livestream music in the privacy of their bedrooms as opposed to the stages of shuttering communal music venues, immersing themselves deeply in self-reflection and aiding in the struggle for equality amidst social justice issues. After a strong consensus of wanting to uplift the Black Lives Matter movement and bring about systemic change, the funds from the compilation will be donated towards Austin Justice Coalition, an organization improving the quality of life for people of color by helping them be the driving force behind their own liberation. Says Benjamin Violet of the inventive country outfit, Pelvis Wrestley, “while Try Your Hardest was written as a song about the process of reforming after grief and heartbreak, it feels appropriate for the current landscape of our community. For better and worse -- there's no going back to the world we used to know. It's a song about moving on and making the commitment to build something new instead of trying to replicate what used to be.” Says Chris Beale of hip-hop act Magna Carda on creating music during shelter-in-place, “I think on the songwriting end it can be a bit tough because you literally have no idea what's about to happen the next day. As far as the creative side of it, Megz [Kelli] and I usually start our process off with sending each other ideas, so nothing creatively really changed, thankfully. Megz is a beast recording herself so we've just been throwing ideas back and forth.” Three piece act Wet Dip chose the very first song vocalist/bassist/guitarist Sylvia Rodriguez wrote for the band, Black Friday, with the idea for the track founded in her experience recalling a former white classmate who was tried for murder and accused her Black boyfriend of abuse and force to commit the crime, bringing class and race to the forefront. Braden cites frequently interspersed tracks calling attention to our current socio-political climate — “on the song Waze when The Teeta says, "anti-social I don't wanna rub elbows with you,” and a couple lines later, "you COINTELPRO, I read you like Tarot," it's hard not to think of both Covid AND the murder of George Floyd and subsequent protests. When Star Parks says No to Everything, I mean... yes. That is my life right now.”

On top of the compilation, musicians involved have been finding strength and growth despite the pandemic’s suppressing effect on live music. “Honestly, the pandemic has been pretty great for my creativity”, says Nay Wilkins of technical folk-rock band Hikes. “I’ve been working on our next album, playing a lot of piano, and working on three other projects with various artists. Lots of merch fulfillment and live streams! I’m pretty into it because it’s a way smaller carbon footprint.” Wilkins is currently working within community organization by launching a class entitled Decolonizing the Entertainment Industry through Mother Falcon Music Lab where he’ll be teaching a group about marginalized individuals that have worked through various forms of oppression and are now using their voices to elevate others. When asked how they envision Austin’s music community moving forward, themes of intention, proactiveness and reflection bear the weight of hope. “Things tend to lose traction pretty quickly today, so I think I'd just like to see other non-Black and Brown locals/musicians continue to apply pressure to city officials wherever they may be needed”, stresses Beale. “Now that everyone has time, I think I'd like to see Austin locals learn more about this community. Anything from eating at a Black owned restaurant to researching past events such as the 1928 Master Plan that segregated the city.”

Slack Capital 3 is also a reminder of the utter importance of coming together and creating a space where uplifting one another can bring about change. “Something I've grown to love about our community is the way we celebrate each other”, remarks Violet. “We’re each other's biggest fans, most enthusiastic cheerleaders, and loudest amplifiers. I hope we learn to expand the scope of who we're amplifying. Considering how much music originated with Black artists, and how many of those Black artists have been excluded from the canon, we have a huge opportunity to fill in the gaps of our history.” Rodriguez emphasizes our individual capacity to discover and seek out Black creators in light of Austin’s gentrified landscape. “I love seeing bands and artists donating their sales from their art to organizations that actively give back their proceeds to the community, such as Mutual Aid Collective ATX." She also highlights Black Mamas ATX, a collective that focuses on eliminating the maternal mortality and morbidity rate for Black mothers in the healthcare field. Wilkins stands firm in representing showcases that spotlight BIPOC/LGBTQIA individuals and artists in his booking work as well as demands from curators who invite them to play on their lineups. “There has been a shift in consciousness that I hope we can keep pushing right now, and the message can't be amplified enough: every black life matters, period”, states Braden. “Until enough people can wrap their minds around why we even need to clarify that in the first place, we won't ever be able to move forward.” With the quiet and the ceasing of hyper-productivity that COVID-19 has brought, Violet embraces the soul-searching that has emanated within the community. “I feel like we're all cocooned at the moment, and we're going to come out of this as a bunch of radiant butterflies; but I hope we don't forget the cocoon.”

You can purchase Slack Capital 3 here, with all funds going towards Austin Justice Coalition and 100% of Bandcamp's share of sales going towards NAACP Legal Defense Fund.