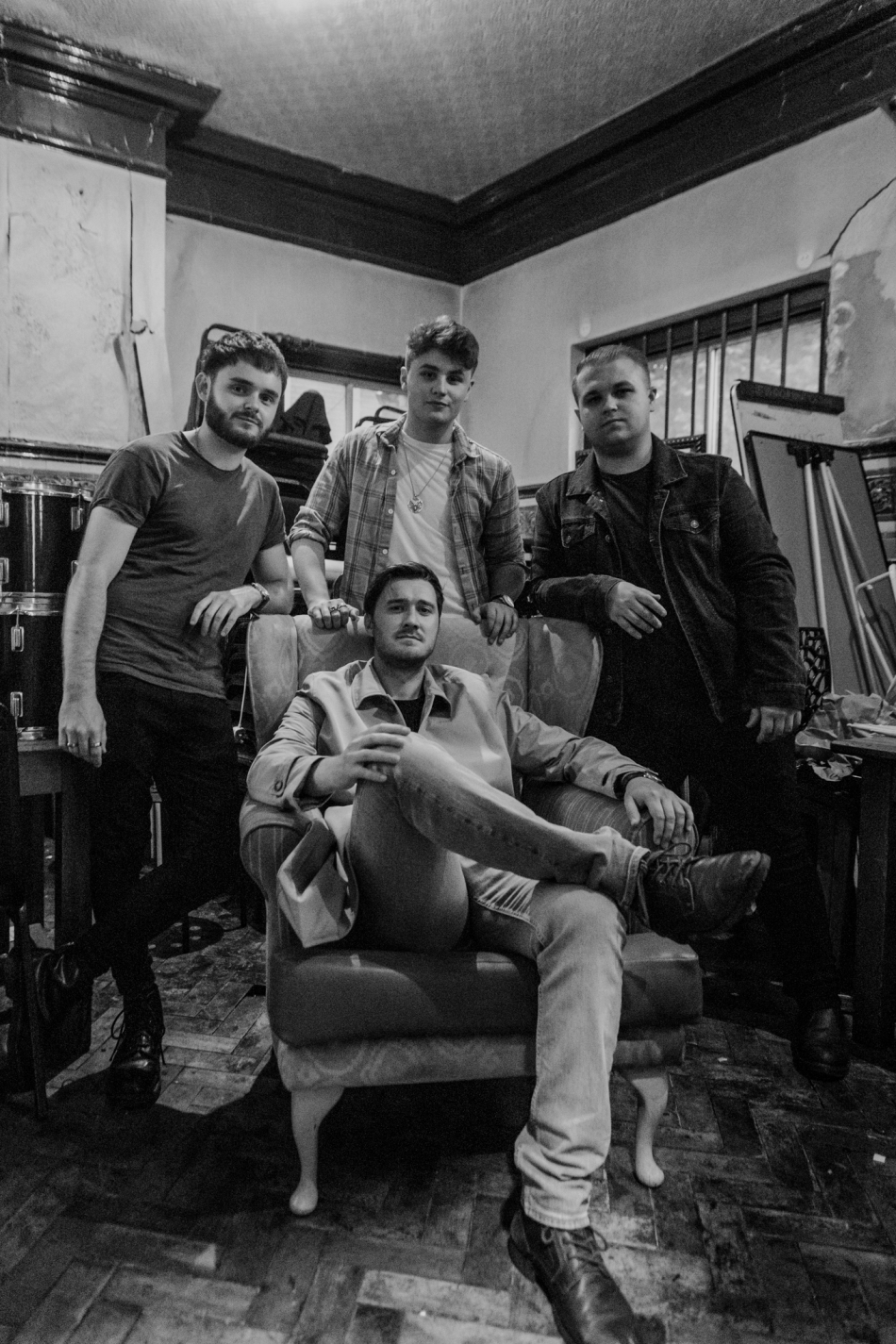 Cliché Cult are a 4 piece Indie outfit from Leeds who’ve been known to win over audiences with their fierce stage presence and songs which combine the darker elements of indie brought to us by Ian Curtis and Echo and the Bunnymen and the energy we’ve seen in recent years through Fontaines D.C. and The Courteeners.

Please can you tell our readers about yourselves and your new single Slippy?

We're a 4 piece indie band from Leeds and we all met each other around the lockdown period a few years ago. Slippy is the fifth single we've released, Tom Rees (Buzzard Buzzard Buzzard) mixed the song for us.

How did the recording of the piano version at  Eiger Studios come about?

I'm mates with Dom Richmond at Eiger Studios and he often lets us rehearse in his studio room. We thought we'd take advantage of the upright in there and record a version of Slippy on it.

In August, you headlined your first hometown show in Leeds. How did the night unfold?

It's probably my favourite gig that we've played so far. The crowd were chanting along to our tunes! The venue was quite small as well so it was a sweaty night.

Steve Lamacq played your previous single, Plastic World, on BBC 6 Music. How did it feel to have your work recognised by such a legend within the independent music scene?

It was a big moment for us all, it was nice reassurance.

Slippy is your first release with Blaggers Records. Can you tell us about how you signed with them and what their presence has done for the band?

We've known Alex at Blaggers for a while now and he popped up to one of our gigs earlier this year. After the gig we had a few beers with him and discussed working together going forward. They're now supporting us and we're grateful they believe in us.

Why name yourselves Cliché Cult?

It was just a name that rolled off the tongue really, I suppose the cliche thing is something we were intending not to become so it's a bit tongue in cheek as well.

Festivals are beginning to be announced for next year. Which ones would you like to play and why?

We haven't done one yet so we'll take any we get thrown at us. We'd love to do Live at Leeds with it being our hometown.

Hmmmm..I reckon they're important but not as important as the songs. It's easier to knock up a video nowadays, we've produced our latest video for Slippy which is out on 11th November.

In these uncertain financial times, what would you like to see happen to encourage bigger crowds at grassroots level?

More indie, post-punk and raw music back on the mainstream stations I think would have an impact. To be honest, we've done gigs for free and we're happy to do them, we just want to be heard.

What would you like to have achieved by the end of the year?

To have another single ready to release early next year.