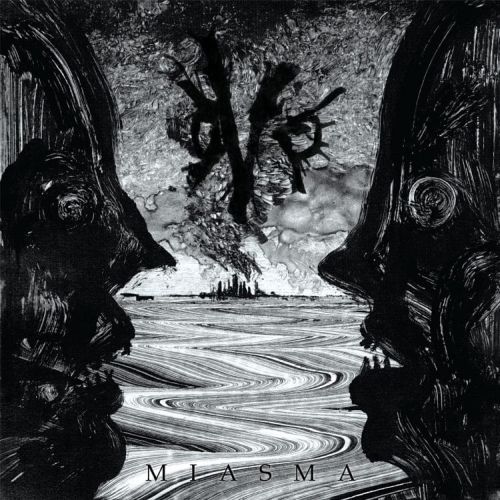 OvO has collaborated with members of The Soft Moon, Arabrot, Gnucci, and others on Miasma and describes the music and anti-fascist mindset as, “Our personal ode to positive rage... a challenge against the inflexibility of the society... a united fight for everybody’s freedom.”

OvO is celebrating their 2-decades-long career this year and are currently at the start of a European Tour. Bruno Dorella kindly took some time out of his schedule to weigh in about the state of the world.

Hello! Please introduce yourselves and give a description of your sound/musical vision.

OvO is a duo since December 2000, born from our love for extreme music and our will to travel through music. Since then, we have travelled all over Europe and North America, and even to Mexico, China, Vietnam, and Russia. We have released 9 albums in which we mix noise, metal, punk, and electronics - always with a tribal/ancestral root.

There’s so much to choose from. On an international level Australia is burning with fires that come from both environmental changes and economical reasons. Same with the Amazon forest. Minorities are still persecuted all over the world, from Mapuche to Kurdistan. Eastern European countries are persecuting the LGBT community with absurd, unjustifiable violence. And this is just the beginning of a long list.

In Italy we are experiencing a horrible political time, with a very high risk of a fascist comeback. The heavy immigration created a disgusting wave of hate on one side, while ruthless people exploit these immigrants as cheap labor. The eviction of most of the squats (the last one, very close to where we live, was XM24 in Bologna) is just one of the ways these people are trying to suffocate every voice of resistance.

We believe that “the personal is the political,” So we try to start global change from our own lifestyle. We fight fascism, patriarchy, racism, homotransphobia (which is getting bigger in Italy; almost every day there is violence and discrimination). Stefania is especially involved on a personal level, being also animalist and vegan.

Our songs don't have real lyrics, but our new single “Queer Fight” is our personal ode to positive rage. It's a song with a hardcore soul, and we'd like the heavy music scene to be more involved in these sort of topics. It's an incitement to unify, pointing out that by fighting all together, as one, we can change a lot.

Hard to choose. For example we love Los Crudos / Limp Wrist's attitude. We agree with a lot of crust bands' statements (Do you remember Harum Scarum?).

Stefania is especially involved with demonstrations, queer and vegan festivals organizations. We both support squats, political spaces, and protest events in general, as much as we can.

These are examples of local fights for global topics.

Being critical and concerned doesn't mean being hopeless. We see a new wave of fight and change in the eyes and in the behavior of younger people. They're taking back consciousness, understanding that together they can have a say, and that fighting together they can take back their future which has been put in danger by ruthless politics.

We should always remember how hard the previous generations had to fight to get their rights, giving their lives for a better world. We have to keep it free, to make it better, to keep and expand freedom and social rights for everybody, regardless of origin, welfare, and sexual orientation.

Find out more about OvO: