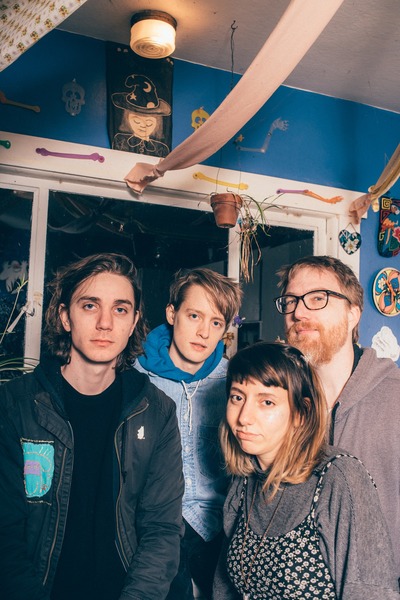 Like dusting off a box of your favorite childhood memories, Seattle’s Flying Fish Cove naturally taps into a fantastical, art-pop realm that resonates with and uncovers sentiments inherent within all of us. The quartet have been busy releasing both a full length album, At Moonset (featuring Frankie Cosmos), on Help Yourself Records as well as their latest EP, En Garde, via Lost Sound Tapes on cassette and Jigsaw Records on CD. Both releases are chock full of iridescent indie-pop with Zilber’s dreamy vocals backed by infectious serenades and minimal yet creatively embedded instrumentals.

Singer-songwriter Dena Zilber ventured to Purchase College in New York for her undergrad years where she studied printmaking. “There was a really vibrant music scene and that’s what got me into music and playing music. I went to shows on campus a lot and in New York City nearby. My senior year of Purchase is when I started writing songs on guitar”, she states over the phone of the liberal and artistic-filled atmosphere of her schooling. Venturing to yet another college-town, Zilber’s friends convinced her to move to Athens, Georgia, containing a vibrant and thriving music scene with the likes of Elephant 6’s collective paving the way for indie bands. “[Athens] was really awesome in my early 20’s, but it is a college town and so that got old for me after a few years”, reminisces Zilber, where she has settled down in Seattle over the last four years. Frequently attending house events, Zilber comments on the strength of community Seattle presents to music attendees when it comes to DIY spaces. “That was definitely what led me out here, was hearing about these awesome houses that put on shows for DIY bands. It’s a really great foundation to have these passionate DIY spaces in a city where the tech industry is destroying a lot of the culture. Our friends are trying to make the city a better place by keeping the spaces going.” Zilber mentions The Vera Project, an all ages art community center and venue in Seattle, and the uniqueness it brings to the community by fostering a space primarily focused on young individuals in a participatory creative culture. Zilber founded the rest of her bandmates from attending shows and started Flying Fish Cove along with her current partner and lead guitarist, Jake Jones. She gushes about the flawless alignment in their music tastes and the initial hesitation about starting a band together was quickly dropped after realizing how seamlessly they work together. “He’s so good at writing amazing lead guitar parts and my thing is writing song structures, lyrics and melodies”, she states.

Ingrained within her lyrics and imagery are stark elements of fictional fantasy and mythical magic. “I’ve always been obsessed with fantasy since I was a little kid. There’s a moodiness that touches your soul in a way that’s unforgettable, that kind of magic”, citing The Dark Crystal and The Last Unicorn as some of her favorite films growing up. In their official music video for “En Garde”, Zilber incorporates both whimsical comfort and pensive introspection as the track ponders the finality of friendships (“I would start over today/if you asked me”). Drawing back to fantastical creatures and and the darker forces behind those myths, Zilber explains that “it’s sort of a metaphor for real life, but it’s also an escape from reality. I had a really hard childhood and had suffered a lot of trauma throughout my life, so loving fantasy movies and books has always been an escape for me. These kind of symbols were already leaking into my lyrics in a very natural way and I wanted to keep running with it.”

Embarking on a 40 day tour, you can catch Flying Fish Cove in a North American city near you for the months of June and July: 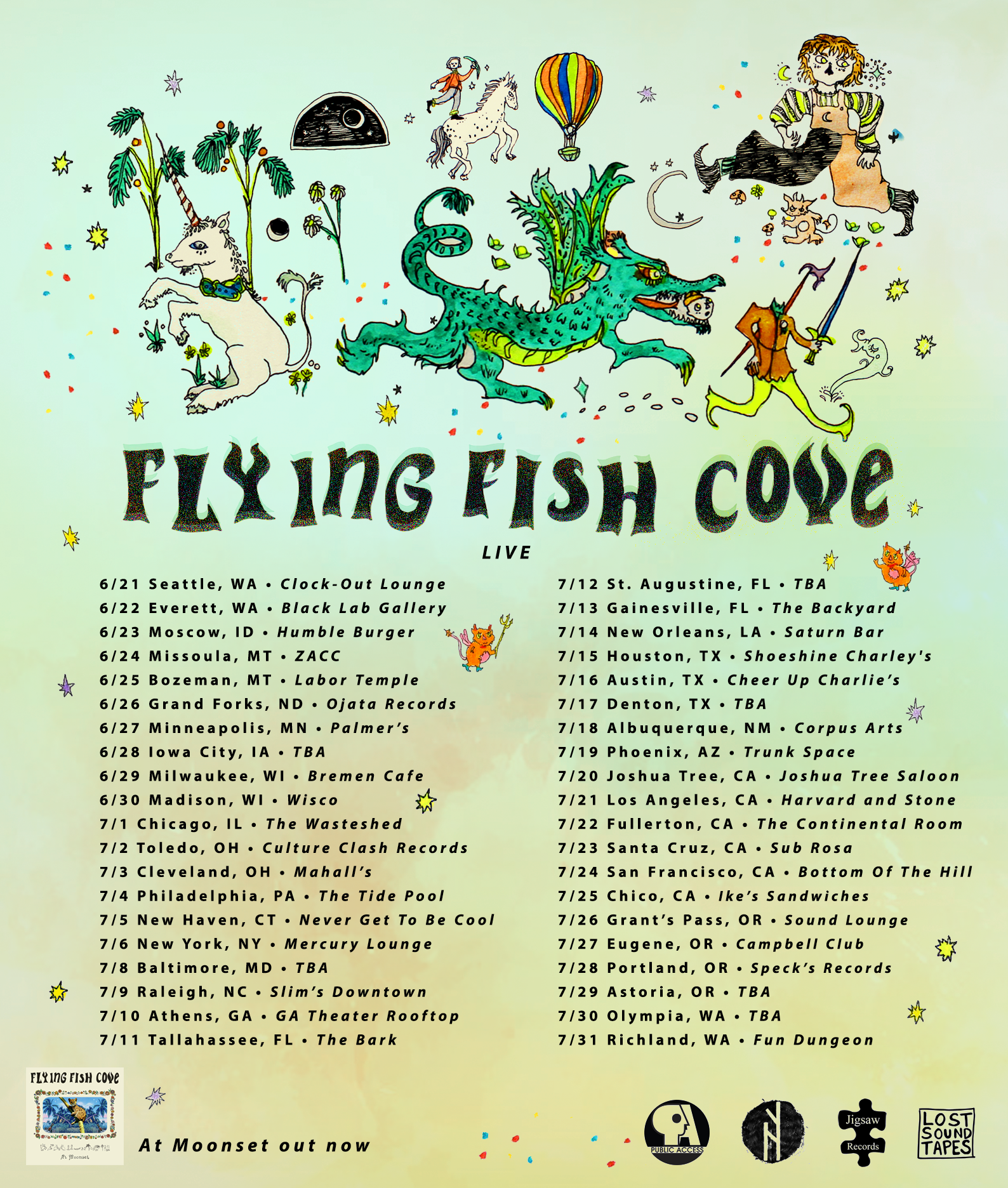