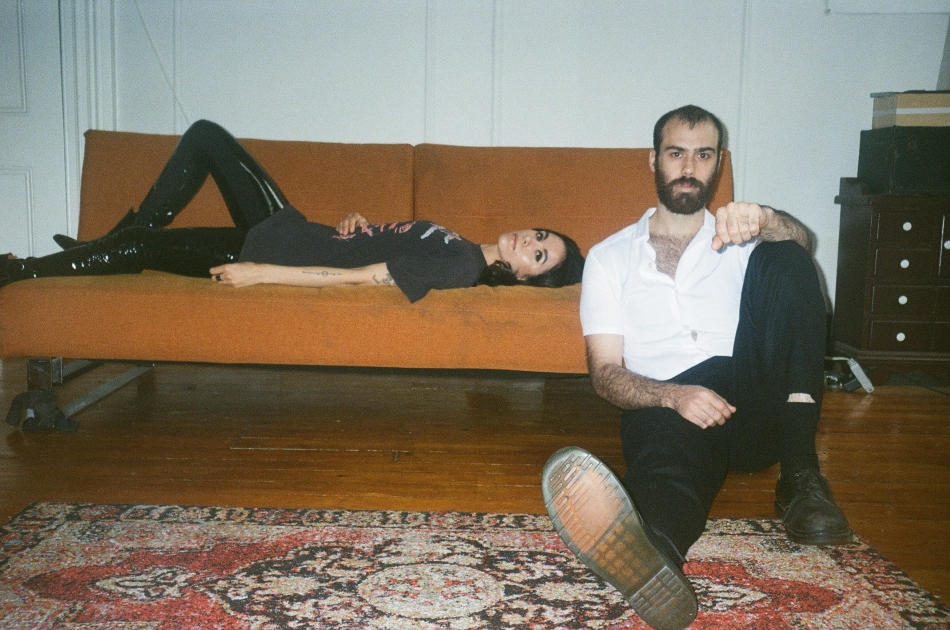 Akin to walking through a hazy dream-like state, you can't help but be transfixed with No Swoon's resounding and wailing reverb. Comprised of Tasha Abbott on vocals and guitar and Zack Nestel-Patt on synths, the two met during their time in college, combining their musical forces as a folk singer-songwriter and jazz player in 2013. After moving back to California, Tasha became less enthusiastic about the idea of playing folk tunes and moved on to electric guitars while Zack tried his hand at synthesizers. “[We] figured we’d try something totally different”, says Tasha. “[Zack] joined me in California and we started writing, and that became No Swoon.”

Venturing back and forth from the east coast to the west coast, the duo’s homebase lies in Brooklyn but the major formation of their project was shaped in Los Angeles. “Historically I think our music feels very New York City”, Zack mentions, nodding to the post-punk scene that formed out of New York in the 70’s and 80’s. “But I also think conceptually we pull a lot from living in a city, especially a city like Brooklyn. A lot of what we write about comes from living in New York and the trials and tribulations of dealing with crazy rent and insane amounts of people. It gives us a lot of fire for the project, and gives a lot of content and reflection on what our lives are like here, which isn’t always the easiest.” When interviewing both Tasha and Zack it’s apparent that while Los Angeles is still a major metropolis, the energy of the city provides some stability compared to New York. “For me, it makes a difference because of the weather and being outside more, and you’re not around people constantly”, remarks Tasha. In addition to the (physical) freedom of the city, Los Angeles also allows her to reminisce on her days of growing up in Ontario, California listening to her mom blast 80’s new wave and punk music at home.

In the year between their initial 2018 EP and the release of their full length album on Substitute Scene Records, No Swoon made their transition from what they felt comfortable performing live to exploring new territories of layers and experimentation. “For the album we didn’t really want to restrain ourselves, so we wrote and demoed everything before recording and focused on whatever the song wanted and needed […], adding different parts and multiple layers of instruments”, mentions Tasha. “It was Tasha’s first experiment with pedals and electric guitars and my first experiment with synthesizers. We were able to reflect on that over the course of the year, especially after playing live and taking more risks about exposing more voices or paring down and adding more layers”, says Zack of their growth. Their self-titled debut tackles an array of genres, often merging lofty shoegaze reverb and fiery post punk with clear and intentional lyrics coupled with Tasha’s airy yet urgent vocals. Pummeling through nine tracks, the duo deliver deliberate themes of isolation and frustration to the pounding and inescapable issues we face on a regular basis. While working on their music video for “Don’t Wake Up, Wake Up”, artist Eleanor Petry teamed up with the band to add in her original color schemes and creativity, infusing new ideas into a simple video concept. With Tasha and Zack giving the reins over to Eleanor, she strayed from the overdone scenes of walking around New York to include color filtering in a seemingly dream-like state.

In anticipation of their album released last Friday, No Swoon kick off their tour on Wednesday, November 6th at Union Pool in New York along with sets by Big Bliss and Wooing. The duo will be continuing their tour through late November, later followed by a show in December at the Echoplex in Los Angeles for Part Time Punks’ residency opening for Nothing. You can purchase their album here and catch them on tour at the following cities below: 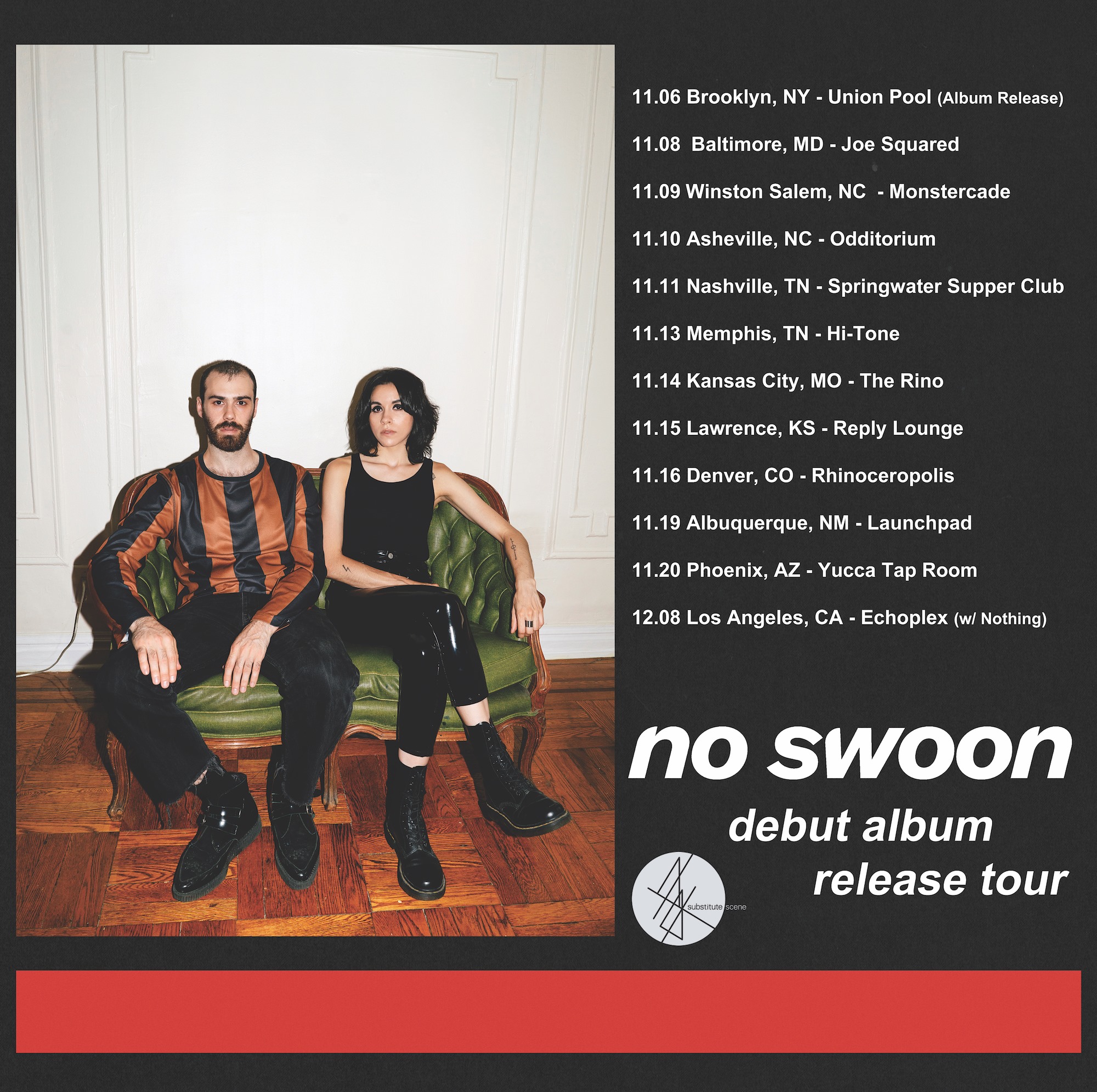