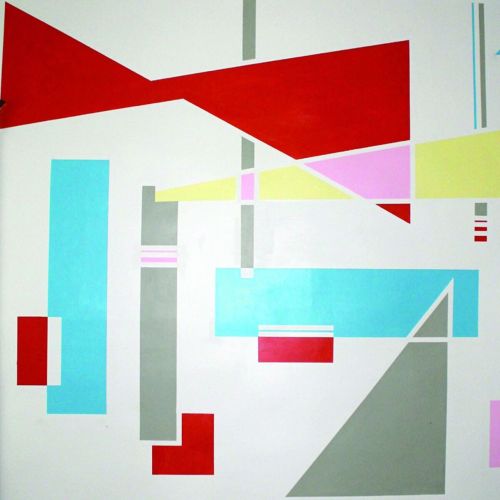 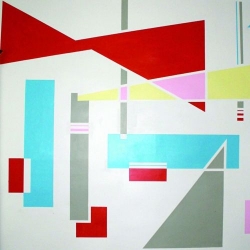 The members of The Tigerlilies hail from the Rock and Roll Hall of Fame state and in true rock fashion they blend traditional rock with post-punk, glam, and garage rock, and power pop to retro-charged effect.  Music scene veterans and brothers Pat (vocals, guitar) and Steve (vocals, drums) Hennessy form the core of The Tigerlilies and they are surrounded by Brian Driscoll (bass) and Brendan Bogosian (lead guitar).

The four-piece has plied its classic, upbeat, British-tinged rock for over a decade, experiencing many highs and lows along the way.  The band has blazed a trail through too-numerous-to-count venues in Ohio and nationally, released 4 full-length records, and several singles.  The Tigerlilies’ latest platter is the 123456 EP which is slated for release September 2nd.

A highlight of the EP is the prime cut “Bowie”, a timely tribute (that was written last year) to David Bowie.  The track is a throwback ode to the man and master musician and it’s done very much in the style of Bowie himself.  Pat sings with a softly arched intonation and clear, British-sounding enunciation on the punchy chorus sections.  On the laid-back verses, Brendan casually muses, “…and you taught us about fame / You said that it’s no game.”  Several other knowing wordplay nods course through the song, bringing a smile to the listener’s face.

The vintage glam, swingin’ EP opener, “Easy As It Seems” flows with an up-tempo roll of running bass line, short electric guitar riffs, constant cymbal hits, and kinetic drum beat.  Pat sings in a pronounced, emphatic (and again, British-inflected) tone that, “Yesterday was long ago / Nothing is as easy as it seems / You know what I mean?” while the peppy instrumentation carries him along.

The band go into ‘50s ballad mode on the mid-EP number “Darlin’” with its beginning chord cycle reminiscent of “Love Is All Around” by The Troggs.  On the chorus, sections the rock sonics intensify just a bit, but a slow, old-school dancefloor sway still reigns.  The at times The Ramones-like “Green Eyes” picks up the beat with an insistently tugging bass line, dynamic drumming, and zippy jags of electric guitar.  Pat sings in a slightly lower tone and then sharpens his pop chops, backed by Steve, on the choppy, upbeat chorus.

EP-ender “In The Dark” starts off on an aurally smoother tip, with Pat being backed by calmer, “Ahhh”ing vocals, shadowy bass reverb, occasional cymbal shimmer, and a steady beat.  Pat moves from his relaxed vocal tone on the verses to heightened exclamations on the chorus parts, plaintively proclaiming, “Make a wish on a shooting star / in the dark.” amid urgently wavering, high register guitar notes.