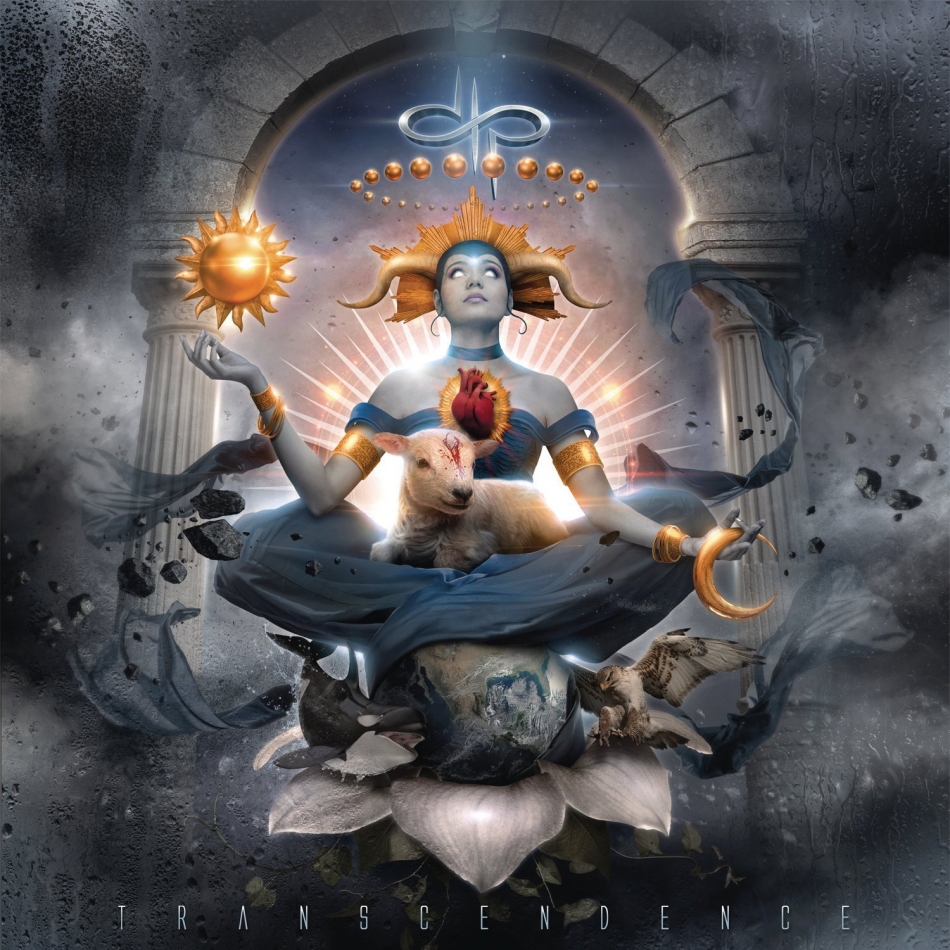 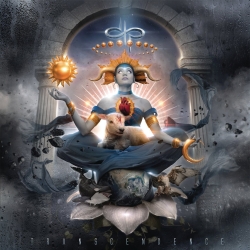 Although it’s a bit safe and standard for Townsend, Transcendence still validates his multifaceted genius and uniqueness.

Introspection and spirituality have always been at the heart of Devin Townsend’s music. Sure, he’s also known for delightfully silly concepts (namely, on Deconstruction and the two Ziltoid records), manic performances/arrangements, and in-your-face production (all of which coincide with his gentler side to make him a musical genius), but as discs like Terria, Ghost, and Epicloud show, Townsend is also a highly philosophical, poetic, and emotional artist whose drive to understand himself and the world fuels his creativity. In fact, his last studio release, 2014’s double LP Z², exemplified this dichotomy perfectly, as it contained both the off-the-wall Dark Matters and the meditative Sky Blue. As its title and cover art suggest, his newest opus, Transcendence, continues the latter trend by offering nearly a dozen more richly dense gems whose balance of sonic turmoil and tranquility exemplifies everything that makes Townsend such a singular visionary. While it’s a bit too familiar at times, and it doesn’t really break any new ground in his catalogue, the sequence is still a wildly ambitious and alluring ride that any fan should adore.

Of the work (which was written in collaboration with the rest of the Devin Townsend Project—bassist Brian Waddell, drummer, Ryan Van Poederooyen, guitarist Dave Young, and Keyboardist Mike St. Jean) Townsend says, “I think the intention, the theme, and the participation of everyone involved allows this album to act like a fulcrum between the past few years and what I intend to do next . . . I am very proud of it and everyone involved.” To his point, Transcendence feels most like a stylistic sibling to Sky Blue, Epicloud, and Addicted, as it follows a similar path of prophetic lyricism, touching melodies, and heavenly wall-of-sound production. (It also features Dutch vocalist Anneke van Giersbergen, who appeared on all three of those records as well.)

Townsend is no stranger to including reworked versions of past tracks on newer albums, so it’s not too surprising that Transcendence opens with “Truth,” a reimagining of a piece from 1998’s Infinity.  It was initially an early demonstrator of his penchant for zany yet complex instrumentation and hyperbolic vocals, and it’s just as enjoyably idiosyncratic today. In comparison to the original, this version is fuller, warmer, and clearer, allowing its timbres to shine more clearly. Of course, it’s celebratory insanity is as wonderful as ever. Afterward, “Stormbending” soars with layered vocals, dynamic rhythmic shifts, and dizzying guitar patterns. To be honest, it’s a bit safe and run-of-the-mill, as well as reminiscent of several other songs he’s done, but it’s still enjoyable in its own right.

Luckily, “Failure” impresses much more. It bursts in with a blend of syncopation and riffs that must be an intentional allusion to “Planet of the Apes” (from Deconstruction). From there, he blends his clean and dirty vocals to great effect over symphonic heaviness. Melodically, the track instills a great sense of self-realization and destiny; likewise, his lyrics are typically pensive, especially the chorus: “I won't fear this / I want to blame the world / All these tears, all alone / No.” There’s also a lovely break in the middle in which a wah-wah guitar solo is complemented by subtle acoustic guitar arpeggios. On the other hand, “Secret Sciences” is catchier and more commercial, yet it still contains enough lush production and characteristic deviations to make it special.

The highlight duo of Transcendence is easily “Stars” and “Transcendence.” The former kickstarts with the most alluring chorus on the disc, accompanied by lulling verses, mild instrumentation, and Townsend’s trademark air of romanticism and divinity. In a way, it evokes the life-affirming closing of Epicloud, “Angel.” Following more bombastic majesty and powerful buildup, the title track finds van Giersbergen dueting with Townsend over a very tranquil score. Their exchange (whose lyrics I can’t quite decipher) is utterly hypnotic and moving (which isn’t too surprising considering how pure her voice is). The true start of the track, however, is the constant alterations in the arrangement. It moves around their vocals expertly to evoke either chaos or catharsis.

“Offer Your Life” is another aggressive yet poppy selection with hyperactive effects and layered singing. Here, van Giersbergen provides a silky foundation for Townsend’s scratchy deliveries as the rest of the band freaks out around them. In contrast, “From the Heart” is blissful but compressed, placing progressive metal sophistication beneath gorgeous harmonies during its first half; as for the second part, it evokes the peaceful ambience of Ghost, with the music and vocals fading away as soothing acoustic guitar strums and a gentle solo decorate delicate percussion. It’s a beautiful conclusion. (Technically, that’s the end of Transcendence proper, but Townsend concludes the sequence with a cover of Ween’s “Transdermal Celebration,” and it’s fairly faithful to the original while also incorporating Townsend trademarks to make it feel at home alongside the previous material.)

Like almost all of Townsend’s work, Transcendence requires several close listens to fully grasp, as it’s packed with cherishable subtleties that reveal themselves with subsequent playthroughs. On its own, it’s a superb outing that further validates his multifaceted genius and uniqueness; that said, it’s not quite as remarkable as several of its predecessors because it’s neither fresh nor diverse enough to astound like they did. In other words, it offers fans exactly what they’ve come to know and love, yet it doesn’t go the extra mile to surprise or challenge them. Still, even safe and standard Townsend is special enough to be treasured.