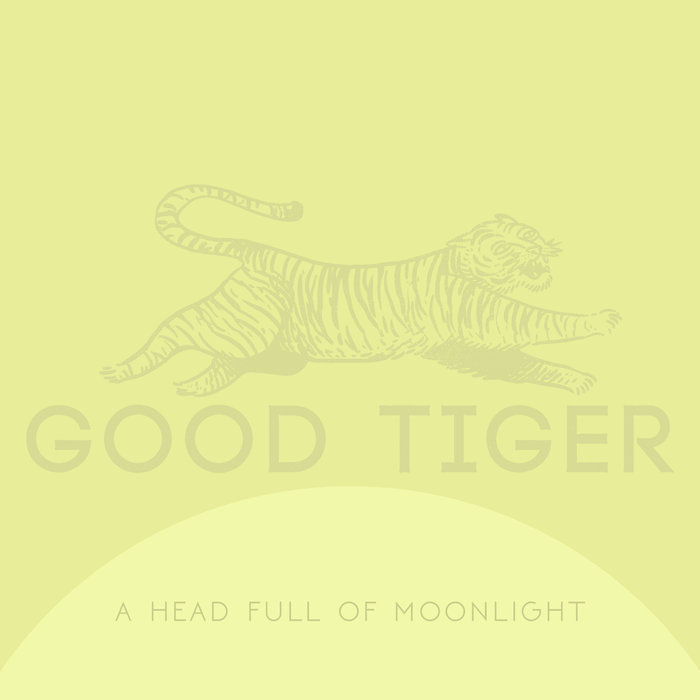 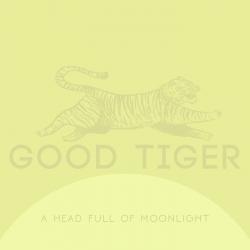 While ‘A Head Full of Moonlight’ doesn’t break any new ground, it’s nonetheless a solid entry that shows a lot of promise for where Good Tiger could take its sound in the future

Following in the footsteps of notable outfits like The Mars Volta, Circa Survive, Closure in Moscow, and Thank You Scientist, progressive metal quintet Good Tiger formed in 2015, when guitarists Derya “Dez” Nagle and Joaquin “Jo” Ardiles recruited vocalist Elliot Coleman, drummer Alex Rüdinger, and bassist Morgan Sinclair to flesh out a new project called Good Tiger. Following a profitable crowdfunding campaign and plenty of logistical and technical hard work, the group created A Head Full of Moonlight, a compelling debut disc bursting with frenzy, intricacy, and attitude. While its sound isn’t especially original (see the aforementioned acts), and its production and arrangements aren’t as colorful and inventive as they could be, the album still warrants acclaim for its tenacity and proficiency. If you’re a fan of this style, you’ll surely enjoy what Good Tiger is doing here.

Considering how skillful this band is, one shouldn’t be surprised to learn that its members come from several established bands, including TesseracT, The Safety Fire, and Architects UK. Of the album, Nagle notes that it was written “to be enjoyed live,” while both Rüdinger and Coleman admit to being overjoyed at the chance to collaborate with the rest of the line-up. It’s a testament to their talent and ambition that they were able to produce an album within a year of forming, not to mention get signed by Blacklight Media (an imprint of Media Blade Records) and earn a spot on an upcoming national tour headlined by genre leader Between the Buried and Me. Fortunately, it’s all deserved, as A Head Full of Moonlight is a remarkably confident, focused, and engaging first effort.

The record begins with “Where Are the Birds,” whose initial muted staccato guitar plucking immediately sets the stage for the style Good Tiger is going for. Of course, Coleman’s piercing punk delivery is similarly familiar yet effective, and there’s no denying the gracefulness of his harmonies. Likewise, the dynamic shifts that run throughout the song demonstrate how careful the group is at managing pacing and variety. It’s a pretty straightforward track overall, though, with crushing riffs and percussion leading the charge. Best of all, it envelops the listener and demands attention, which is exactly what an opener should do.

“Snake Oil” mixes that formula with death metal screeches and harsher beats, earning a comparison to Periphery. To be fair, the balance of guttural and soaring vocals is done well, as it stirs up several feelings simultaneously. Afterward, “Enjoy the Rain” stands as a more rhythmic showcase, evoking classic Cynic, and its calm middle section is among the highlights of the entire sequence. Similarly, “I Pain What I See” features some of the most alluring melodies and techniques on A Head Full of Moonlight; in particular, the guitar effects and harmonies really stand out.

There’s a much softer and more poetic nature to “Latchkey Kids”; in fact, if not for its occasional virtuosic rhythms and fierce outcries, it’d be a straightforward ballad. There’s a lot of earnest emotion bleeding out of it, ensuring that it stays with you for a while. Luckily, “Understanding Silence” goes for a similar vibe, although it’s even sparser and more evenly paced, with heartfelt lyrics that truly affect the listener. Furthermore, the closing section (a series of angelic vocal counterpoints) is a stunning feat that reigns as the greatest moment on the entire full-length. Finally, A Head Full of Moonlight ends with “’67 Pontiac Firebird,” which once again combines the punk and death metal elements of progressive metal. It’s a fine track on its own, although there’s nothing that really sets it apart from previous tracks.

While A Head Full of Moonlight doesn’t break any new ground, it’s nonetheless a solid entry that shows a lot of promise for where Good Tiger could take its sound in the future. Its sequence is well organized (although “Understanding Silence” would’ve ended the album on a much more powerful and distinctive note), and there’s no doubting that each member goes all in. If you’re a fan of this style, you’ll really enjoy the album; likewise, if Good Tiger can strive for more originality and innovation next time, they’ll truly be an up-and-coming act to watch.