A View Beyond The Cave 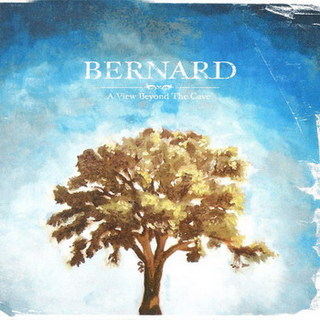 Album Review
Bernard
Label: Floodgate Records
Reviewed by thebronx
As Indie and Alternative music expand it to in and off genre of Indie music as we know it today. Bands like Dredg, and most known Radiohead; and many others have inspired at least what I feel like is a more artistic taste to Indie music. With their hearts on their sleeves the band Bernard come shining through with a really great album entitled "A View Beyond The Cave".

Starting off with the very first song "A View Beyond The Cave" put me into a great state of calm. I usually tend to hop into something to get my blood flowing but this was nice. Because come track 3 "To Those Of This World" was exactly the song I was waiting for from the first two songs. The Vocals of this album really are a pallet for lead singer Jonathan to really show why he is the foreman of this group.

Listening to all eight tracks of this album one track really stood out was track six "Blind". In this track the lyrics like 'your silhouette gently comforts him." I think the blend of music and lyrics in this song really make it stand out above and beyond the others. In that his voice and his lyrically talent show through more so then any of the other tracks on this album.

Bernard is a unique blend of only three members. Lots of electronic elements reside in this band, whether it is a Laptop, Drums, Bass, Auxiliary Guitar and more not mentioned

Really makes for a great touch and makes them stand out. There is pretty much only one thing I felt could of been better on this album and that is a change up of riffs in their more upbeat parts. I really could have used something to make my head bounce a bit more than it was.

Indie music is a transforming genre and I would not be shy in saying I am falling in love with it more and more. Bernard is definitely something I will keep close-by

For a rainy day. Members "Jonathan, Jared, Rana", are a group of really talented individuals and they bring all of it in a nice blend. I really am glad to say I have heard this CD I. I would like to thank FloodGate for giving me the opportunity. Expect great things to come from them in the future. You and I both should keep a close eye out on them.