American Book of the Dead EP 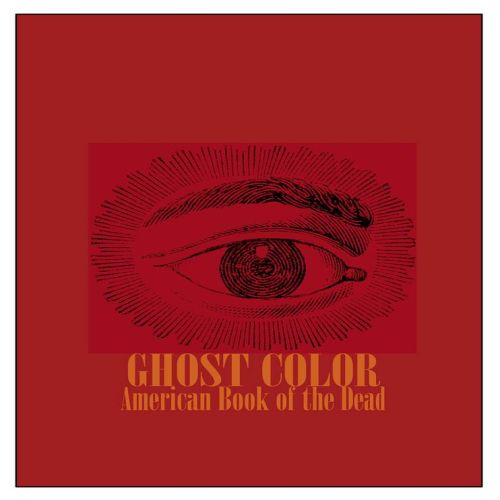 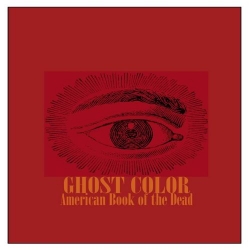 Sacramento, California-located post-alternative rock trio Ghost Color merges the moody side of alternative rock with the expansiveness of post-rock, the transportation of shoegaze, and the abrasiveness of noise rock.  The band’s mesmerizing second EP, American Book of the Dead, came out at the end of May and is rife with emotional vocals, thickly atmospheric sonics, and stark lyrics.

Chris Winsted (vocals, drums), Eric Davis (guitar), and Bryan Harty (bass) hit all the right powerful notes on the 4-track American Book of the Dead, diving off the deep end into heavy territory, both instrumentally and lyrically.  Winsted sings of heartbreak and turmoil and the effort of trying to cope with life challenges and move on from them.

Alternating calm and stormy passages flow through and rock each number.  EP lead-off “In Other Words” churns with dramatic intention, and then segues into a start-stop beat and the introduction of Winsted’s passionate vocals.  His stalking words are followed by a restless swirl of distorted guitar burn, rumbling bass line, dynamic cymbals crash, and emphatic drum strikes.  Winstead declares, “Cover up / all the lies… / Now you’re all alright.”

The hypnotizing “Endeavor” runs on droning, short-phrase vocals, crackling guitar distortion, rumbling bass, and a steady, but still changeable drum beat.  Winsted exclaims with fervor, “A bridge between our hearts.”, but later on murmurs “You blew me away.”  Is this a love connection or a disruption?

“Stay Asleep” bursts out with blasts off gritty guitar rock at its start, then mellows out with globular reverb guitar notes, shimmering cymbals, and a measured drum beat.  The staccato chorus excoriates with harsh guitar grind, low-end bass, and a kicky drum beat as Winsted questions, “Your voice is out there / It calls to understand / What did you find?”  At song’s end, his rich, imploring tone is bolstered by added backing vocals.

Mutable EP-ender “Grieves” is an emotionally untethered and sonically scattered rock track filled with sharply searching electric guitar lines, bassline growl, sporadic cymbals smash, and a choppy drum beat.  Winsted take on the perspective of a conflicted individual who bemoans, “So I grieve again / feeling nothing normal now.”, locked inside an emotional/mental cage that (s)he can’t break out of.

American High - ‘Bones in the Attic, Flowers in the Basement’