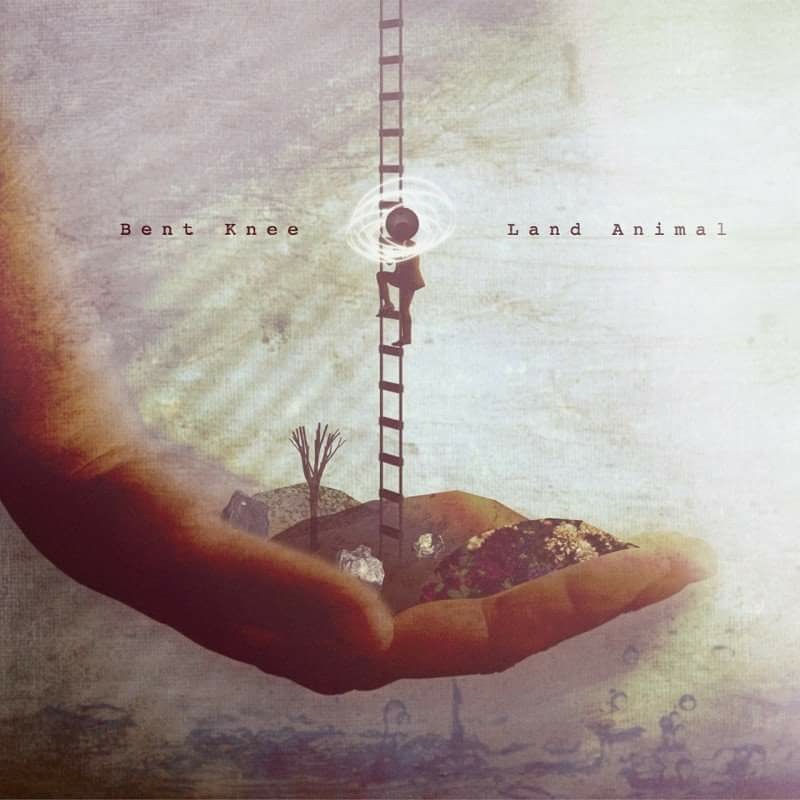 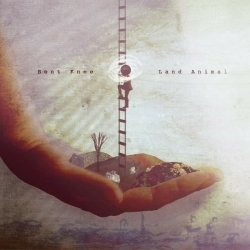 Rather than leaping out at you with its unusualness, Land Animal moves patiently and faintly, requiring a more dedicated and tolerant ear to fully grasp.

With 2016’s Say So, Boston sextet Bent Knee crafted an art-rock masterpiece. Fusing elements of pop, rock, avant-garde, minimalism, and orchestral—to name a few—it tackled topics like consumerism, sexism, depression, and other weighty ideas with a staggering array of catchiness, experimentation, and variety. While its two predecessors certainly suggested what makes the group so remarkable, Say So was the complete realization of all Bent Knee could be. Clearly, there was a lot to live up to on its follow-up, Land Animal, and while it’s not as bombastically eccentric or in-your-face engaging as its predecessor, it makes up for it by offering an alluring, mature, and cohesive collection whose relatively reserved approach makes it wisely tasteful. As such, it stands justly beside its siblings.

Land Animal marks Bent Knee’s first record on Inside Out Music and finds the band “elevat[ing] its storytelling ambitions” to “capture the reality of life in the 21st Century—a reality of people and nations in the midst of tumultuous change. It also communicates a ray of hope and desire for listeners to embrace the fact that they're not alone in their struggles.” Violinist Chris Baum explains, "Land Animal explores where [our] animalistic urges come from and how we can harness and transform them to create a better reality,” while guitarist Ben Levin adds that the LP “has all kinds of songs about struggle. We look at global warming, family strife, technology-mediated relationships, racism, and societal polarization. Each song is imbued with a dichotomy between who we are now as a species and where we’re going.” As for its musical slant, vocalist/keyboardist Courtney Swain feels that whereas Say So “took people a few listens to absorb its themes,” this one is “a really juicy and immediate album . . . it delivers more instant gratification.”

That heightened sense of accessibility is apparent from the get-go, as opener “Terror Bird” (which is “about individuals and communication issues,” according to producer/sound designer Vince Welch) begins with a quick beat, calm guitar licks, and reflective verses that showcase Swain’s trademark graceful yet rambunctious style. In-between these moments, the arrangement does a total 180 into a dreamy, Zappa-esque alteration of artsy elegance, with a waltz rhythm accompanying a peculiar, almost robotic note progression. It’s precisely the emergence and eventual merger of these two drastically different measures (culminating into thrilling outbursts by the end) that demonstrate the brilliance of Bent Knee’s genre-bending vision. Sure, it’s not a melodically infectious gem like prior starter “Black Tar Water,” but its subtly inventive attitude makes it noteworthy in a different way.

The segue into “Hole” is masterful too, with Levin’s thick riffs working alongside quirky industrial percussion and keyboard patterns to evoke a playful factory assembly line. The gentle hopefulness of its chorus is a treat as well, and like many Bent Knee tracks, it’s the understated modulations that make it consistently unpredictable and fascinating. Afterward, “Holy Ghost” makes for a very compelling entry. Swain gives one of her most full-bodied and self-assured performances ever as she sings about “feeling so alone with [her] holy ghosts” around a relatively straightforward rock foundation (albeit with complex counterpoints and dense layers). She even recalls the rebellious air and winding breadth of punk and soul music, respectively. In contrast, “Insides In” allows Baum to stand out more amidst a sparse, almost noirish jazz piano grounding. His luscious strings envelop the rest of the instrumentation wonderfully, and the dynamic shifts that pepper the piece (including hellish chords and syncopation) are exceptional. In a way, it suggests the nightmarish serenity of a David Lynch or Alfred Hitchcock score.

“These Hands” is more flamboyant and multifaceted, with ethereal echoes adding slight tension to an otherwise inviting, if also delightfully bizarre, composition. It’s a perfect example of how Bent Knee can captivate with storytelling and musicianship in tandem. The title track comes next and steals the show with its irregular melodies, choral outbursts, King Crimson-ish riffs, and joyously robust crescendos. The mid-section divergence—during which things become a lot softer as Swain sings, “Sending out a message to my love”—is easily one of Bent Knees most gorgeous passages yet. “Time Deer” is highly hypnotic in every way possible, with an exceptional partnership between her singing and the rest of the band’s garnishes. Perhaps more so than on any other track, it feels like everyone is playing with a unified mind; every part contributes to a central goal of magnificence.

A surrealist, celebratory vibe blankets “Belly Side Up,” complete with majestic orchestration, pleasant backing chants, engaging guitarwork, and a generally carefree tone. On the other hand, “The Well” is purposefully askew and aggressive, with more avant-garde clashes and dynamic impulsiveness. It’s relentlessly gripping, though, and makes for a strong lead-up to the unassuming splendor of closer “Boxes,” which is lead and concluded by Gavin Wallace-Ailsworth’s dominant and persistent beat. Truthfully, it’s a bit repetitive and uneventful, concluding Land Animal with more of a whimper than a bang. That said, the way it eventually dissolves into his lone playing effectively conveys a haunting sense of finality regarding “the fact that we’re all marching towards our own demise, so we better make the most of the time we have.”

Land Animal is less initially impressive than Say So, but that’s also its greatest strength. Rather than leaping out at you with its unusualness, it moves patiently and faintly, requiring a more dedicated and tolerant ear to fully grasp. Like all of Bent Knee’s albums, however, it excels as a musical onion brimming with potently adventurousness and classy layers. Swain undoubtedly gives her all on every song, imbuing each moment with a kind of nuanced personality that many other vocalists lack; likewise, each instrumental texture is accentuated or abridged appropriately, proving just how cleverly judicious or generously robust the band can be depending on what’s needed.  Best of all, Land Animal further cements how singular, limitless, and refined the sextet’s work is, ensuring that they remain in a class all their own.

American Book of the Dead EP