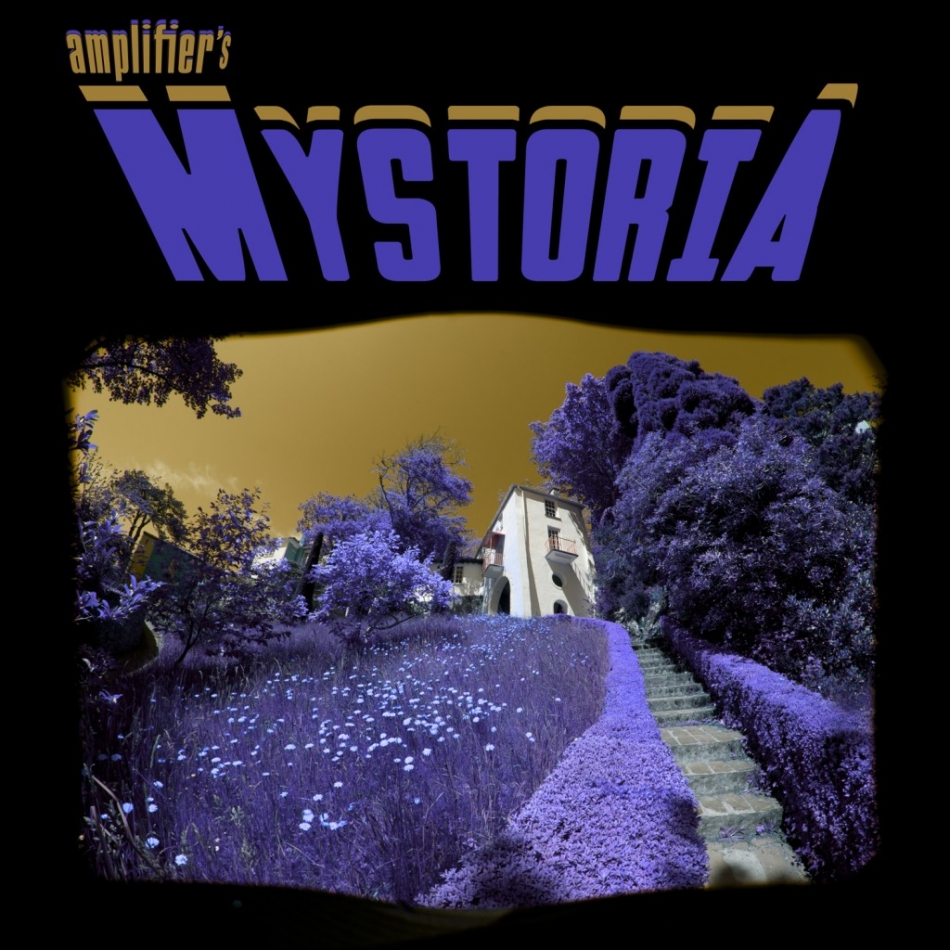 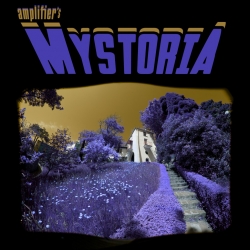 ‘Mystoria’ is an amazing work. Tighter, faster, and more self-assured than previous incarnations, it ranks right alongside them in the context of Amplifier’s discography.

Formed fifteen years ago in Manchester, England, Amplifier currently reigns as one of the premier psychedelic/progressive rock bands in the world. The quartet found significant success with its first two studio LPs, Amplifier and Insider; however, 2011’s lengthy opus The Octopus is what really made them a household name in the genre. A two-disc conceptual marvel, it topped many ‘Best of’ lists for their respective years of release, as did its follow-up, the wonderfully catchy Echo Street. Now the group has returned with another fantastic effort, Mystoria. Arguably heavier, faster, and darker than previous outings, it’s nonetheless a quintessential Amplifier creation, so fans of both the group and the style should find plenty to love within its dazzling, boisterous walls.

When I spoke with vocalist/guitarist Sel Balamir last year for Rock Society Magazine, he told me how different this new record would be from Echo Street: “[it’s] like the opposite of Echo Street. That’s quite mellow, whereas Mystoria is silly and happy.” He also noted that Echo Street was made as a quick way to “get the heat off of [them]” while they concentrated on making Mystoria. Indeed, this new beast feels zanier, bolder, and more rambunctious than its precursor, which was a more solemn and nostalgic affair. Arguably, it feels a bit more luscious too, with an emphasis on vocal harmonies, compactness, and quirky timbres. In any case, Mystoria is a masterful record from beginning to end, further exemplifying how vital and unique their blend of sounds and songwriting is.

The disc begins with “Magic Carpet,” a thunderous and dissonant explosion of percussion and soaring guitar riffs. Honestly, it feels like a something Mastodon might’ve done around the time of Blood Mountain or Crack the Skye.  Its continuous shifts (both tempo and dynamic) keep it interesting as the guitarists play around with effects. There’s a touch of Black Sabbath in the mix too, which is to be expected. Opening an album with an instrumental is usually a surefire way to build momentum and excitement for the rest of the listening experience, and Amplifier certainly does that here. It feels like a wonderfully cataclysmic yet melodic overture, and it breaks into “Black Rainbow” with a cool moment of hesitation. The first proper song on the disc, its superbly histrionic instrumentation dances around Balamir’s verses with careful precision. Speaking of his performance, it’s as distinctive and colorful as ever, with a uniqueness in both timbre and delivery that makes it feel familiar yet fresh. As I said, his harmonies shine too, adding a flavor to his flair that makes the track irresistible. You’ll want to blast it as loudly as possible.

A bit further, “Cat’s Cradle” proves to be one of the most enticing songs Amplifier has ever created.  It begins like an otherworldly carnival, with madcap tones and confident playing leading the charge as Balamir sings some of the most infectious melodies he’s ever offered. Best of all, it progresses with refined urgency; not a second is wasted as they make their statement. It’s damn near impossible not to sing along with it. Of course, the same could be said for “Bride,” a dense and magical affair that packs in even more lovely harmonies, as well as some fascinatingly odd rhythms. Like everyone on Mystoria, these two samples alone demonstrate how brilliant, vibrant, and perfected this music is.

“OMG” is a slower, more esoteric excursion loaded with feedback and tasty grooves; in this way, it borders on being stoner rock while also taking a technique or two from the grunge kings of the early ‘90s. There’s a bit of King Crimson in there too. The album concludes with a two-part journey: “Crystal Mountain” and “Crystal Anthem.” The former is relatively softly and slow, with the sparest arrangement on Mystoria. It’s sort of like what Pink Floyd did during the immediate years before Dark Side of the Moon. It’s still thought-provoking, though, like the musical representation of an introspective drug trip in the desert. Taking all of this into consideration, it makes perfect sense that the latter piece is like the thrilling revelation that you find once the search is done. It’s a marvelous epiphany coated in more glittering instrumentation, dominating percussion, and layered singing. What a way to go out!

Mystoria is an amazing work. Tighter, faster, and more self-assured than previous incarnations, it ranks right alongside them in the context of Amplifier’s discography.  Although some influences are transparent, the quartet continues to be one of the freshest sounding modern acts (especially in their field), so there’s still nothing quite like an Amplifier album. It’s another stellar collection of intricate yet accessible music and idiosyncratic, alluring songwriting, and like its predecessors, it’ll top many ‘Best of 2014’ lists at the end of the year.