Another Kind Of Blues 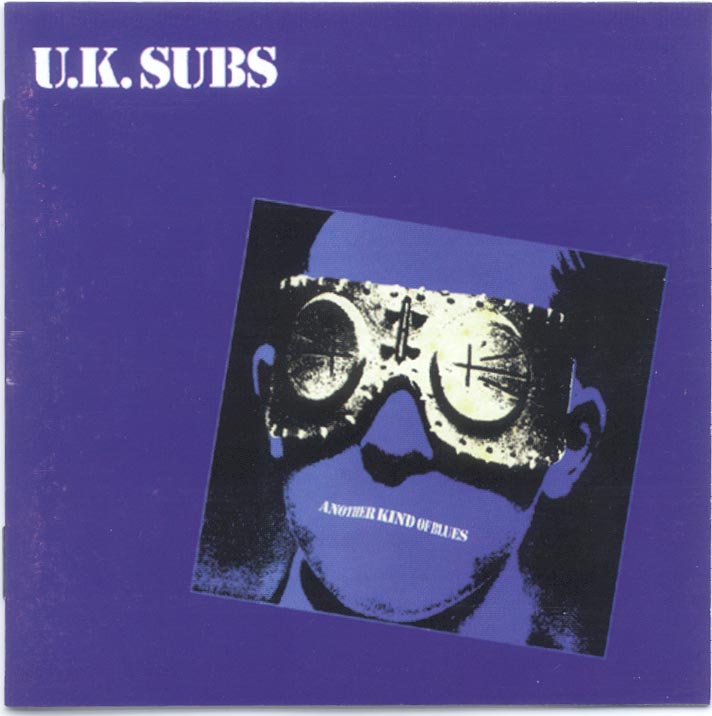 Album Review
U.K. Subs
Label: GEM
Reviewed by Janelle
Formed in 1977, and still going strong twenty-six years later, the UK Subs are one of the few punk bands never to have broken up, although there have been innumerable line-up changes. Often, the only original member is that seemingly tireless punk luminary Charlie Harper.

In any case, on this, their debut album, the line-up consists of vocalist Charlie Harper, guitarist Nicky Garrat, bassist Paul Slack, and Pete Davies on drums. First released on GEM in September 1979 to rave reviews, "Another Kind Of Blues" has since become one of the quintessential British punk rock albums. Including such classic songs as "C.I.D.," "Tomorrow's Girls," the simplistic "I Live in a Car," and the poppy, speedy "Stranglehold," which was probably the band's most successful single ever. Undoubtedly one of the Subs' finest records, brimming with intensity and manic energy, "Blues" is comprised of one fast and loud punk anthem after another � seventeen blistering, pogo-inducing tracks in all. What more could one ask for?

Although all the songs are remarkable, the absolute cr�me de la cr�me are "Lady Esquire," "Blues," "Rockers," "World War," and "Young Criminals." In greater detail, the omnipresent urgency of "Blues," with its siren-like guitar intro and Charlie's lyrics: "Up all day and night and day but I still don't have a clue/I need another blue.../To get through to you," mirrors its subject matter, amphetamine, perfectly. The superbly heavy and unrelenting "Rockers" is highlighted by a great breakdown: the guitar fades out as the rhythm section takes center stage for a while, up until the point when the guitars slowly come back in as Charlie keeps frantically repeating the same line, "Born a rocker, die a rocker," until the song finally ends in chaos, with drums pounding and guitars whaling. This song leaves me speechless every time I hear it. Another standout is the intoxicating "World War," an extremely short, nihilistic tune:

Tonight their world could fall down to the ground

Tomorrow I may just not be around

No government's gonna get a penny from me.

This song is a mere one minute five seconds long, not counting the extra eighteen seconds in which there's a bomb detonation sound effect. "Disease" is another insanely fast offering, as is "I.O.D.," which has a Ramones-like beat and feel to it: "Lying in a hospital bed/I got electrodes in my head." Another Ramones-esque tune is "Crash Course," with its minimalist drumbeat and simple sound. Meanwhile, the socially aware "Young Criminals" is uptempo with bitter lyrics like "You fought the system but the system won/And when you come out make sure you have a gun," while "I Live in a Car" is very punk rock, featuring lines like "I live in a car/I ain't got no yard/No ID card."

All in all, the Subs assault the listener with in-your-face punk rock on "Another Kind Of Blues," the first of many records in their quest to keep punk alive. The band is up to twenty-one official albums, well on its way to completing Charlie's enterprising task of releasing a record for every letter of the alphabet.