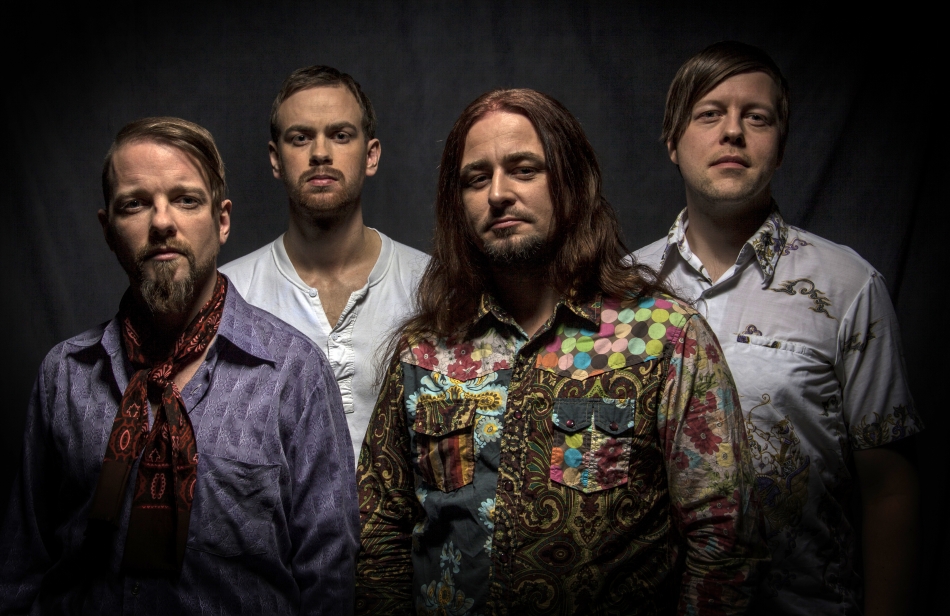 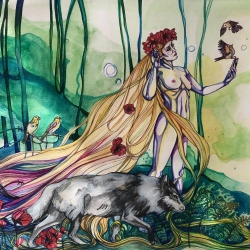 Whether you’re already a fan of Arabs in Aspic or are just looking for something new that’ll scratch that itch for the gorgeous luxurious of prog rock’s heyday, Madness and Magic is guaranteed to blow you away.

Norway is no stranger to progressive music, and for the past fifteen years, Trondheim troupe Arabs in Aspic has risen as one of the country’s most rewarding purveyors of it. Like a few others on the Karisma Records roster (namely, Lucy in Blue), the quintet channel the luscious and calming—if slightly ominous—essence of several 1970s European prog rock icons (including labelmate Ruphus) while also conjuring fellow nostalgic peers like Wobbler. The end result is always wonderfully tasteful, methodically arranged, and absolutely entrancing. Expectedly, Madness and Magic upholds that tradition brilliantly; in fact, it’s easily among their most fluid and unified works, with a ton of vintage vibes and exploratory artistry showcasing why Arabs in Aspic are masters of their craft.

Currently, the band consists of Eskil Nyhus (drums), Stig Jørgensen (organ/vocals), Jostein Smeby (guitars/vocals), Erik Paulsen (bass/vocals), and Alessandro G. Elide (percussion). With Madness and Magic, they aim to continue from where 2017’s Syndenes Magi left off by “showcasing the acoustic side of the band more without losing any of their heaviness.” It’s their first album on Karisma Records, as well as their debut with two drummers. Thematically, it “reflect[s] on how easily both children and adults are affected in the digital age, but also how helpless we are when we have to put our lives in the hands of specialists.” Clearly, it’s as intellectually resonant lyrically as it is musically, engaging listeners on multiple levels the whole way through.

“I Vow to Thee, My Screen” excels at introducing Arabs in Aspic’s specialties, as tribal percussion, poignant acoustic guitar arpeggios, multiple retro keyboard coatings (such as Hammond organ and Mellotron), and angelic yet intense singing surround you with dense pastoral charm. It evokes classic Camel and Uriah Heep while still possessing its own identity, just as the delightfully mesmerizing two-part “Lullaby for Modern Kids” owes a debt to Black Sabbath and early King Crimson (especially In the Wake of Poseidon and Lizard). The first movement is more erratic and malevolent—with gothic jams juxtaposing spacey antagonism—whereas the second movement is more elegiac, poetic, and breezy, with a female vocalist (identity unknown, sadly) adding a lovely layer of expressive sorrow.

Cleverly, its last moments bleed into “High-Tech Parent,” a lively rocker with a playful attitude, worldly timbres, and endearing harmonies. It’s definitely the most accessible and radio-friendly tune of the bunch, with a tight focus that allows for a lot of sophistication without obscuring its inviting surface-level appeal. Then, the penultimate title track offers a dreamy and warm trip full of gentle melodies and tones, making for a strong contrast to the ingeniously adventurous “Heaven in Your Eye.” Its seductive passageways and relatively bizarre tones make it the most unpredictable and wide-ranging piece on the record, so it’s the best choice for a conclusion that encapsulates everything that makes the group remarkable.

At times, Madness and Magic can wear its influences quite heavily on its sleeve, but that’s not really a detriment since Arabs in Aspic incorporate them into their own brand very well. It’s downright extraordinary how closely and thoroughly they summon the spirit of those aforementioned pioneers, all the while taking listeners to rejuvenating and unforeseeable new places. It truly flows with a united purpose and style, too, that makes hearing it as an unbroken journey far more rewarding than experiencing it piecemeal. Whether you’re already a fan of Arabs in Aspic or are just looking for something new that’ll scratch that itch for the gorgeous luxurious of prog rock’s heyday, <b>Madness and Magic</b> is guaranteed to blow you away.