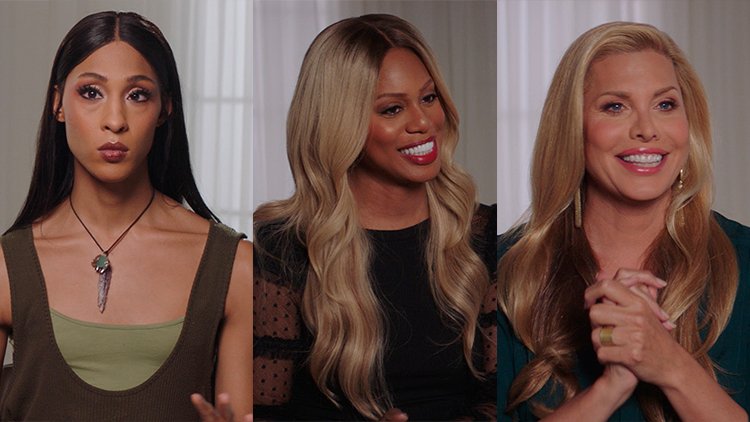 As children’s rights activist Marian Wright Edelman has asserted, “children cannot be what they cannot see.” Applying to not only our youth but also to adults, trans representation in the media has been fraught with limited roles and restricted visions that don’t take into account the depth and nuanced experiences of trans individuals. Director and producer Sam Feder highlights the historic significance of transgender depictions in film and TV over the last century in his Netflix documentary, Disclosure. Hiring primarily transgender staff, the film includes interviews from writers, filmmakers and actors Laverne Cox, Jen Richards, Lilly Wachowski, Yance Ford, Nick Adams among many others with accounts of their hurdles and analysis in the myriad ways that the media has both confined and aided their unique beings.

Since the early 1900’s, trans people have been depicted in a fairly one dimensional light. Whether their ascribed roles take on the form of the mentally ill or a serial killer (Buffalo Bill’s character in The Silence of the Lambs), a victim brutally murdered or dying of some form of cancer due to hormonal therapy (ABC’s TV series Dirty Sexy Money), or to be the laughingstock of an obvious joke (Ace Ventura: Pet Detective), trans representation has been limited to obvious stereotypes and tropes. “I wonder if anyone, when they were constructing these storylines, thought about the trans people watching,” weighs in Laverne Cox. The majority of trans characters in TV and film tend to be women, often sensationalized and hyper-sexualized, leaving even greater limitations for trans men to be recognized. Many cite Hilary Swank's role in Boys Don’t Cry as an early film that resonated and frightened them deeply as an honest depiction of their transition. Yet critics of the film also bring up the inherent flaws of both leaving out a prominent black ally of Brandon Teena’s, Phillip DeVine, from the script, as well as Hollywood’s insistence on hiring cis-gendered actors and actresses to play the role of trans characters. In many Academy award nominated films, men are the ones hired to fill the roles of trans women, sometimes with the excuse that trans actresses look too much like a women to play the part, as was the case for Elizabeth Coffey Williams (Pink Flamingos) when trying out for the role of Leon in Dog Day Afternoon. When trans individuals don’t have members of their immediate family or those in their day to day life that they can look up to as a role model, the media is often the next place to turn to when it comes to how to process and internalize their worth.

With a steady increase of the trans community becoming pioneers in the media and pop culture, the shift towards greater and more thorough representation has been a gradual step within our larger culture. 2018’s TV series Pose, which spotlights the juxtaposition of downtown New York society and the ball cultural world in the late 80’s, and Cox’s role as Sophia Burset in Orange is the New Black lends a more complex dimension to the intersections of gender identity and race on a larger public platform. However, with the predominance of trans actors submitting to a script largely written and directed to diminish their truth, it’s a reminder to our society at large to listen and amplify their voices. “If you’re going to choose to insert yourself in a particular community’s story, or you want to help a particular community tell their story, you need to realize the privileges that you have and you need to realize that life for them is different”, states journalist and film critic Tre’vell Anderson. With people’s ideologies shifting, and with greater comprehensive and inclusive visibility of the trans community in our media, the cast encourages hope that the public’s awareness of trans representation and the challenges they face on an individual and collective level can only move towards a more positive light.