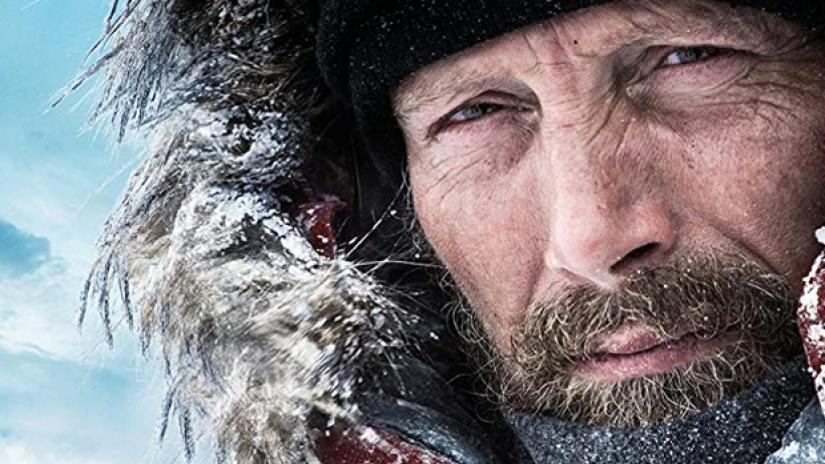 Joe Penna's directorial debut Arctic isn't a film one would expect from someone who initially became a YouTube sensation. A pensive and minimalist drama taking place in the frigid conditions of Iceland, Overgård (played by Mads Mikkelsen) is the lone survivor of a plane crash and, using his ingenuity, has learned how to fend for himself by concocting makeshift fishing pole lines to gather food and turning his deserted plane into a place of refuge in the middle of the frozen tundra. After weeks of a maintained existence, a nearby crashed helicopter leaves an unnamed young woman (Maria Thelma Smáradóttir) with an open gash in her stomach, relying on Overgård's care and strength for survival. With time not on their side, Penna propels their journey forward not only by casting the harsh external environment to cause wear and tear to our two characters but also by considering human's altruistic and self-sacrificing tendencies that inevitably triumph despite seemingly insurmountable obstacles.

Penna uses Iceland's desolate and extreme landscape as a ruthless yet unavoidable character that has as much a right to exist as do our protagonists. Realistic in nature, Arctic doesn't rely on shock or absurd twists and turns to make the audience feel like they're right there with Mikkelsen in his attempt to stay alive and reserve what little resources he has left. Despite little dialogue, it's easy to discern Overgård's character as persistent and uncompromising. His immediate days bracing frozen temperatures and solitude are filled with mundane yet necessary routines to keep him alive, hopeful that someone will eventually come looking for him. We know little to nothing about his background aside from recognizing he has prior knowledge and skills to overcome the remote and removed wilderness combined with the physical prowess to do so, and once he's left in the role of caretaker for the injured co-pilot he fulfills that commitment wholeheartedly.

Coming from differing cultures and speaking different languages, Smáradóttir's sparse effort to verbally communicate illustrates how little energy she has left in her and is trying to conserve while also demonstrating how another stranger's ambitiousness can leave one's spirit to persevere amidst relenting external forces. Hope comes both in the form of verbal encouragement and minute gestures, like keeping a photo of the woman's family visibly close at hand, to show how unwavering the mind can be when faced with desperate situations. Towards the latter portion of the film the direction unfortunately meanders into less believable plot points which remove some elements of its realism and emotional attachment to the characters from the picture. Arctic brings little to the table that's not already been done within the survival genre, however Penna's ideas on altruism and the human condition remain tenacious and unyielding, staking a firm and inspiring belief that regardless of suffering circumstances, we as individuals have an inherent self-sacrificing purpose to care for others in need and our reasons for living are ultimately and intrinsically selfless and dependent on the well being of those around us.