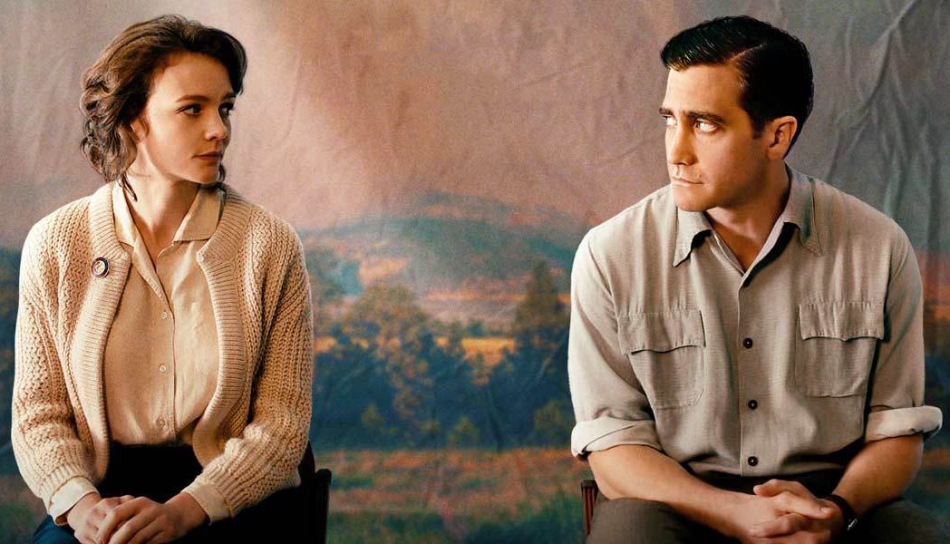 Adapted from Richard Ford's 1990 novel, actor Paul Dano stakes his directorial debut with Wildlife, a precariously constructed American family come unraveled in his meticulously and thoughtfully paced drama. Set in the 1960's in a seemingly quaint community in Montana, smoke from nearby wildfires billow and shadow over the townsfolk. After getting fired from his job working on a golf range, Jerry Brinson (Jake Gyllenhaal) is adamantly set on a menial and risky position working to extinguish the town's rapidly growing fires, abandoning his family for low pay in exchange for a means to escape. Jeanette (Carey Mulligan), left to take care of their 14 year-old son Joe (Ed Oxenbould), breaches her familiar and strict role as housewife and stumbles in her attempt to find security and happiness in a future left unwritten.

While much of Gyllanhaal's character is removed from what's happening back at home, his attitude towards work is one of tightly held pride. Adhering to his overly personal demeanor as the reason he got fired and refusing to go back to a job with coworkers that don't live up to his expectations, he resorts to a position as a firefighter, following his own particular desires rather than coming to a consensus with his family. Their teenage son Joe often acts as the observational lens throughout the film, continuously calm and saying very little while still conveying how much internal contemplation and complication are left unsaid. Having to fill in as a responsible adult, Joe is forced to consider his mother's desperate choices, giving her a ride home after she's had too much to drink and reluctant to stay in situations where he senses a tense air of infidelity. "I feel like I need to wake up", realizes Jeanette after being thrust into open and unknown territory, a space she is simultaneously excited and terrified by. Her duties fulfilled as a mother and wife by the age of 20 have left her few alternatives, leaving her with reckless abandon as she latches onto an elderly and wealthy man, less due to any kind of romantic tendencies than they are to an attempt to assure financial security for her and Joe. Rather than keep her marital affair a secret from her son, she thrusts Joe right in the middle of it, circumstances that would rightly cause any child to eventually shatter with affected emotions, yet Joe remains stoic throughout the turmoil.

Dano's cinematography is exceptional, framing characters in an intentionally restrained manner that only seems to strengthen their discomfort and the pressures that eventually boil over in their familial relations. Panning overhead shots depict the state's beauty and sprawling landscape, portraying an immense yet impenetrable freedom, not unlike society's tendency to conform and accept their preconceived roles that inevitably lead to tension and confinement. "These fires are burning out of control" states a local forester, an overarching motif in Wildlife of not only the environment but of marriage, a union meant to be unbridled from restraint and order but which eventually delves into disarray before the warning signs can salvage the relationship.