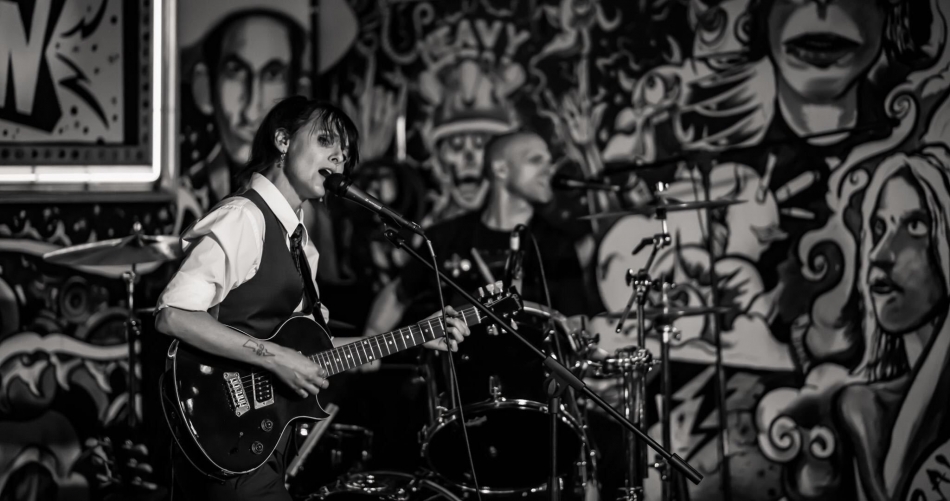 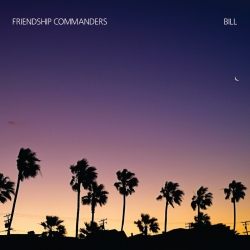 Nashville, Tennessee’s potent and relevant rock duo Friendship Commanders just dropped their explosive second album BILL, which was made with famed Steve Albini at his Electrical Audio studio in Chicago. The 13-track LP from Buick Audra and Jerry Roe blasts off with the starting number and never lets up. It’s one helluva ride.

BILL is also lyrically important because it deals with socio-political themes; mainly feminism, equality, and human rights activism, but also about loss and abuse, and unity and survival. The intensity and dynamism of Friendship Commander’s live performances are laid down in full on this record. Audra’s raw and emotive vocal power charges each song, as well as the frenzied collision of the heavy rock, hardcore, and alt-rock genres.

The powerful duo kick the LP off with the fuzzed-up and churning "Your Fear Is Showing". Pounding drums and roiling guitars and cymbals cycle around Audra's passionate exclamations. They dive even deeper with low-end guitar burn on the intense and dynamic "Horrify".

And the next track, the anthemic "Women To The Front", slams with a fast hardcore tempo, blistering, weighty guitar riffs, and Audra's furiously shouted out vocals. She shoots her lyrics directly at the target, hitting the bulls-eye with lines like, "I want to be someone who is heard / I want you to get what you deserve."

BILL keeps the hard, sharp, and lyrically relevant tracks coming, with "Saw and Heard" spinning nearly out of control and Audra's blazing vocal lines recalling the greats of the Riot Grrrl era. The restless pace and guitar combustion never lets up, continuing on the swinging "Outlive You" and "Charade" (which adds some vocal shouts from Roe).

"Eulogy Envy" goes for a double-time pace, careening down the road with Audra's veering vocals shadowed at times by Roe. Driving guitars, punchy drum hits, cymbals scintillation, fly through "What You Ravage", as Audra cries, "There's gotta be somethin' we're livin' for." Jackhammer drums drill through "The Choice", while sludgy guitars crawl through "Desperately Seeking", as a shredded-throat Audra yells "Care about your self... / Fuck what they say."

"Of The We" is another lit powder keg ready to blow, and it does, massively bursting into the air with propulsive drum and cymbals hits and high-flame guitar grind.  LP-closer "Resolutions Of The Wants" ends on, guess what?, an extremely up-tempo note, rocketing relentlessly with a barrage of speedy drum and cymbals strikes, guitar conflagration, and Audra's unbridled vocals, as she claims her place and asserts her identity in this world, realizing the endless possibilities, shedding the oppression and healing the scars of the past, declaring defiantly, "Now it's up to me."