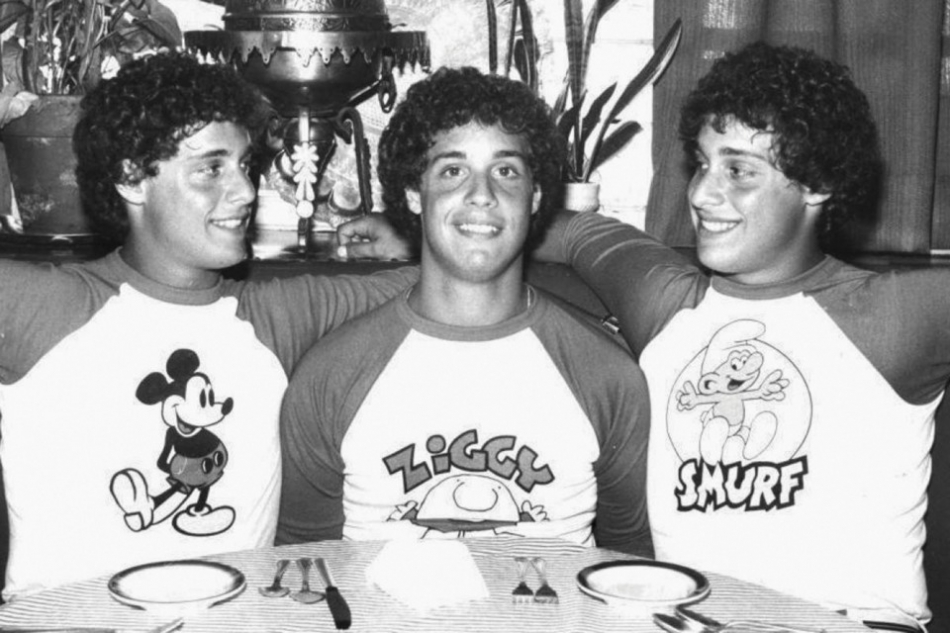 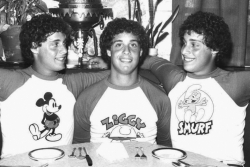 A remarkable documentary by Tim Wardle, his feature length debut for Three Identical Strangers' twists and turns make for nothing short of a bizarre and heart-rending story. Arriving for the first day back at classes at Sullivan Community College, Bobby Shafran is greeted by enthusiastic hugs and kisses from students he's never met before, mistaking him for someone named Eddy Galland. After hearing from his roommate that surely he has a double, the two make the trek to go and visit his twin brother in Long Island, discovering that they were both born on the same day and naturally had many of the same mannerisms and interests. Making the rounds in the news and tabloids, yet another 19-year old named David Kellman came forth to contact them. Like a surreal dream, together they find out they were triplets separated six months after birth. A film better left delving into without knowing its specifics, Three Identical Strangers is on one hand a fascinating story about the connection of three brothers reunited almost two decades later, and on the other hand a tragic tale unraveling the reasoning why they were separated to begin with, posing psychological questions regarding the eternal nature versus nurture debate yet enveloped in an exceptionally personal and unforgettable film.

Adopted from the Louise Wise Adoption Agency in New York, all three brothers were raised in vastly different socio-economic backgrounds. Raised by a doctor and attorney, Bobby grew up in a wealthy household with a father who wasn't at home often but made sure their time together was of quality. Eddy's middle class parents were of a militantly strict disciplinary background and David's mother and father were blue-collar immigrants, less well off than his two brothers but raised by a father whose personality was often cited as larger than life. Through interviews with family and friends clever editing cuts and reenactments, Wardle's captivating discussions for his documentary shines an intimate light on the life experiences of each individual as well as the possibility of the varying outcomes that may be due to differing parental practices and personalities, as we soon begin to question what turn of events caused Eddy to be withdrawn from the picture.

Despite growing up in separate households, the triplets not only displayed similar superficial and physical attributes but the brothers also grew up with ingrained mental health trauma; all three would bang their heads against walls as infants after being adopted (implying separation anxiety) and dealt with their own degree of mental illness as adolescents. Forming a close knit bond after meeting, the story stirred a giant media circus in the headlines and in the public, yet regardless of the astonishing revelation of this story it remains one with deeply genuine and harrowing consequences. Often posing more questions than answers, Three Identical Strangers shares not only the differing ways biological and environmental factors interact with each other throughout our lifespan, but also the moral and long-term consequences the specific looming decision to separate the boys at birth had on the individuals and their families, reinforcing the resounding detrimental effect society's choices can have on the human psyche.