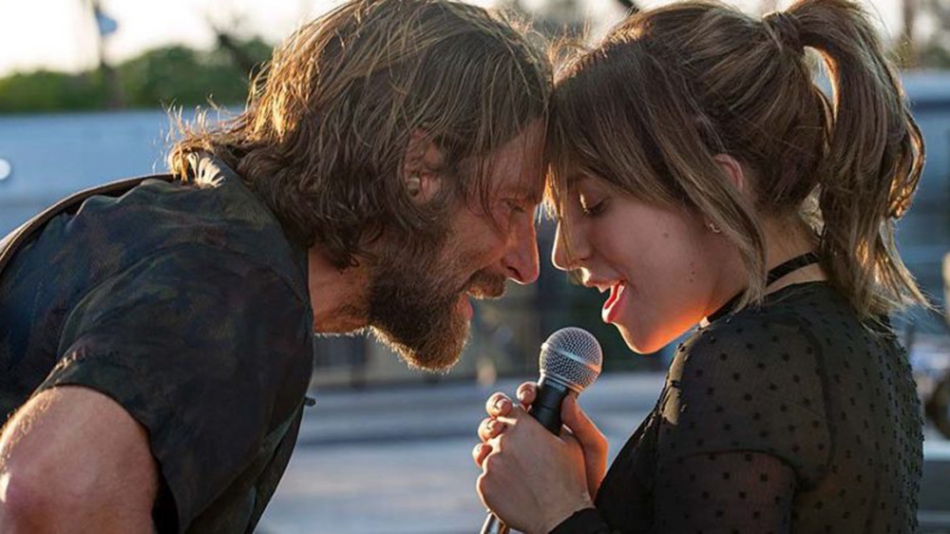 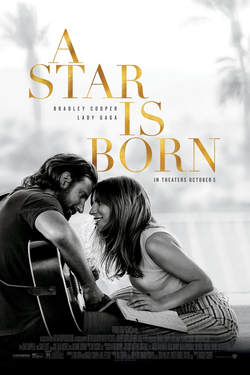 Debuting as Bradley Cooper's directorial film and Lady Gaga's big-screen starring role, A Star Is Born is our current generation's take on a passionate love story intertwined with the rapid escalation and decline of two pop-artists' careers within the music industry. Jackson Maine (also played by Bradley Cooper) is no stranger to performing: a country-western star, he gets recognized everywhere he goes and packing out gigantic stadiums is the norm for him. Yet drugs and alcohol remain a consistently luring vice and ones that prove detrimental not only to his career but also to his relationships. One night after stumbling into a drag bar to quench his cravings, Jackson pays witness to Ally (Lady Gaga)'s karaoke performance and is instantly drawn to her. What emerges is an immediate chemistry and connection, soon followed by introducing Ally to the perks of stardom and inviting her to sing joint duets on sold-out arena stages. After one striking performance, Ally is unabashedly broached by music business executive Rez (Rafi Gavron) to pursue her own solo venture, and things get complicated as jealousy, uncertainty and booze cloud their vision. A story retold by Hollywood multiple times over, this version of A Star Is Born unravels as a surprisingly poignant and personal film, embracing an intimate perspective on what occurs not just in the public realm but also behind the scenes.

Despite his celebrity status and public recognition, Jackson remains humble and refuses to let the spotlight feed his ego. His inclination is to deflect questions, instead drawing a natural curiosity towards Ally and helping to cultivate her voice. "[T]alent comes everywhere, but having something to say and a way to say it so that people listen to it, that's a whole other bag", Jackson reminds both the budding songstress and the audience throughout the scope of the film. The tender moments between Jackson and Ally strike as the most memorable and vulnerable, often spontaneous and getting straight to the heart of their goals and fears. As Ally gains a prominent audience and Jackson steers towards a downward spiral indulging in drinking and pills his insecurities start to take hold, and the encouragement he wishes to communicate is overshadowed by the effects of substance abuse and a deep depression. A Star Is Born peels back the myriad layers between creative individuals in complex relationships and the ways they deal with their demons they are often dealt.

As the film shifts towards the second half, some of the momentum is lost as cliché record executive decisions are made, bouncing from one forced stereotypical prediction to the next rather than the seamless flow that made their relationship and dialogue hold strong. While quick and abrupt cuts work flawlessly by capturing the overwhelming experience of being backstage and under blinding lights to a deafening crowd, they occasionally work to the film's disadvantage during its more emotionally staggering moments rather than taking a conscious pause to sit with sorrow. However the underlying message of A Star Is Born resonates long after leaving your seat, affirming the importance of finding your voice despite the ephemerality of stardom combined with the bonding strength that forms between two individuals, honing in their ability to work together and create something personal and lasting as one.